This morning, Debbie had her last Jazzercise in Naples for this season.  After dropping her off, I biked back to our motor home.

After lunch, we toured accurate replicas of two ships which accompanied Christopher Columbus, who sailed aboard the Santa Maria, which were berthed for a couple of weeks in Naples, on is famous 1492 voyage from Genoa to the New World.

The Nina, Pinta and Santa Maria were not special ships but common trading vessels.

While the fate of the original ships is unclear, in 1988 John Patrick Sarsfield, an American Engineer and Maritime historian, began building what was to become the first truly, historically correct replicas of a 15th Century Caravel.  Using only adzes, axes, had saws and chisels, the Nina was built from Brazilin timber.

The Nina was 65’ in length, had an 1’ beam, a draft of 7’, a sail area of 1,1919 sw. ft. and a displacement of 80 tons.  Originally named the Santa Clara, as all ships of the era were named for saints, was owned by the Nino family and eventually was renamed as the Nina. 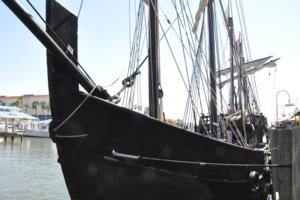 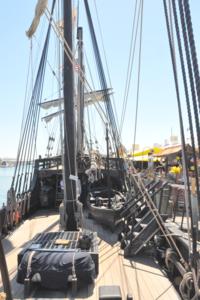 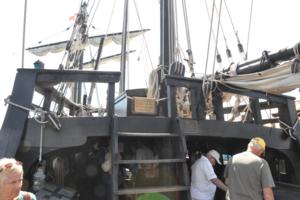 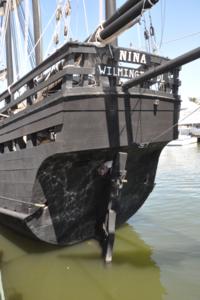 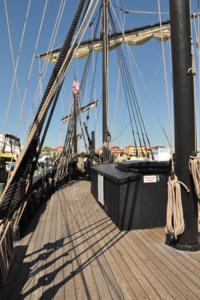 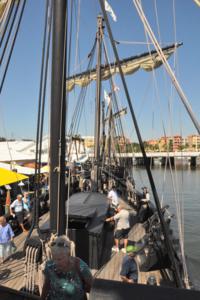 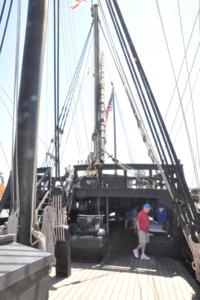 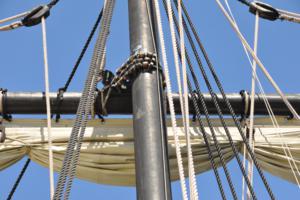 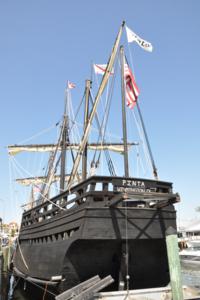 While wandering these incredible ships, I was accompanied by the best first mate ever! 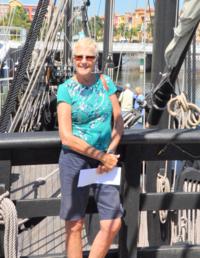 Tonight was our last Meet & Greet” for the season.

This entry was posted in Columbus' Ships - Nina and Pinta, Naples, FL. Bookmark the permalink.