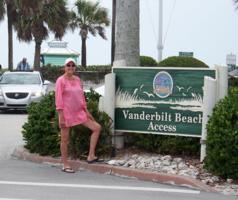 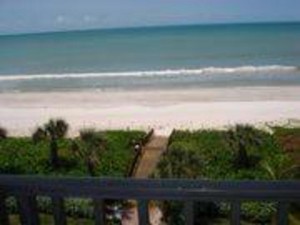 and finished up with dinner at a local Asian rest

Meanwhile, I drove to Fort Myers to Camping World … an RV retailer where you can’t help but spend money … where I returned a faulty gas grill regulator and hose, and also left a few dollars.

My friend, Ken Grenier and I met around 1:00 PM at Jet Blue Park to watch a Red Sox preseason game against the St. Louis Cardinals.  The stadium was designed to be a more-or-less replica of Fenway Park, complete with a “Green Monster” in left field. 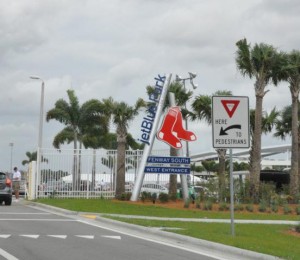 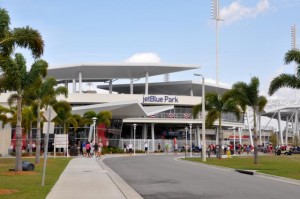 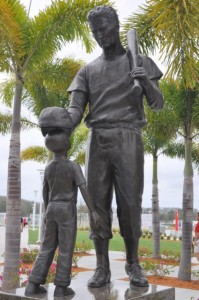 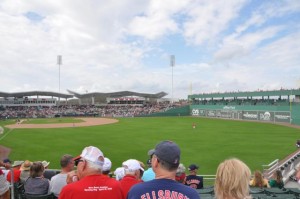 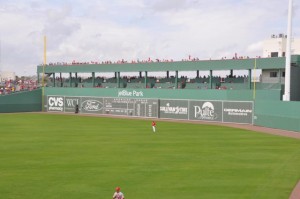 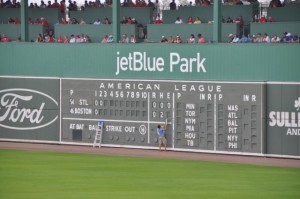 Surprisingly, the scoreboard is manually updated between half-innings by a “human” using a ladder … almost humorous to watch

Thanks to a friend of Ken’s although we purchased bleacher seats, we ended up being moved several times to grandstand seats, each time they were better than where we were sitting.

Interestingly, however, while the Red Sox dugout is on the first base line in Boston, here in Fort Myers it is on the third base side.  Having seen the stadium, and as both Ken and I are less than baseball enthusiasts, we left in the middle of the sixth inning with the Sox behind 6-2 … and eventually lost 15-4.  In fairness, it seemed the BoSox were playing a lot of hopefuls with the presumed starter veterans watching from the bench.

Back at our campground, I found the pool empty and put in a mile swim, the longest I’ve done in well over a year.  This evening, joined a group of friends for drinks and Hors d’ouvres  …  and everyone asking about Debbie. 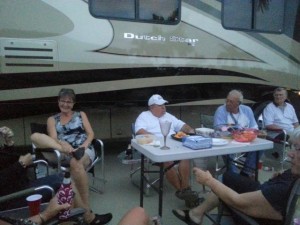