On this overcast morning we wandered down to the fishing pier which parallels the channel’s breakwater.  Gazing seaward, we spotted a gray object, escorted by two tugs, slowly taking shape. 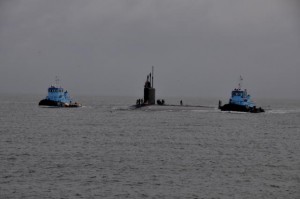 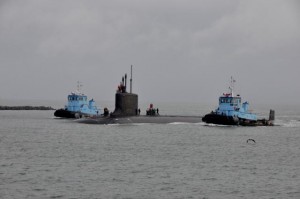 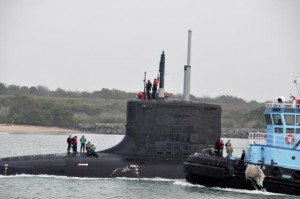 followed up the channel by an armed Coast Guard vessel . 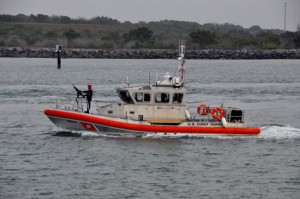 As the submarine turned up a side channel, the Coast Guard vessel turned with the serious end of its armament pointed directly at the boardwalk on which we were standing. 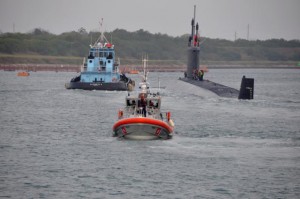 After the “excitement” we decided to take a walk along the beach … where we had some close encounters with a number of shore birds, some of which we’d never seen before. 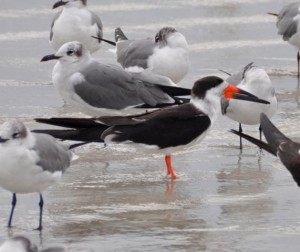 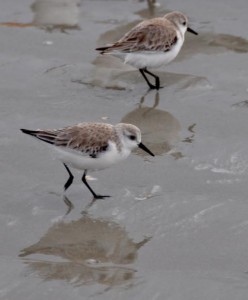 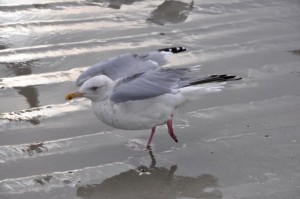 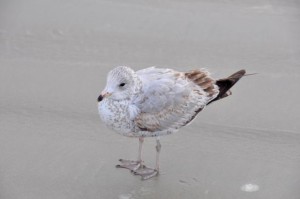 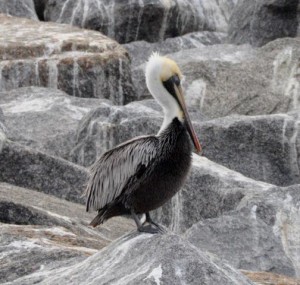 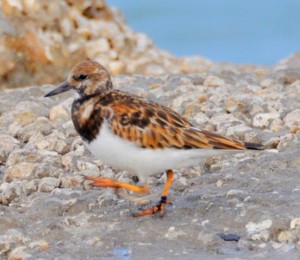 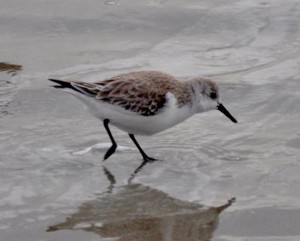 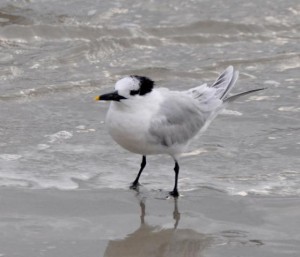 Before leaving the beach, I walked straight into a huge flock of Black Skimmers which then took to the air en masse. 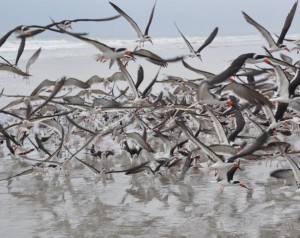 Heading back to our campground we encountered 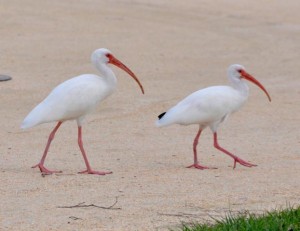 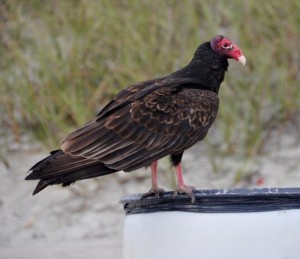 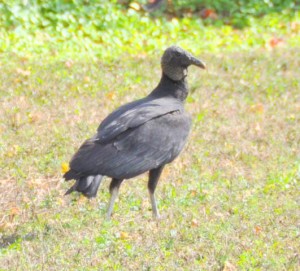 After running some errands we watched three huge cruise ships head out of the channel adjacent to our campground. 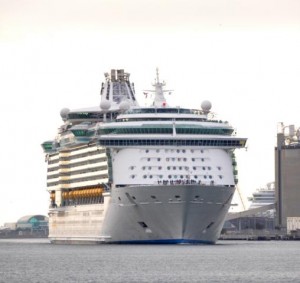 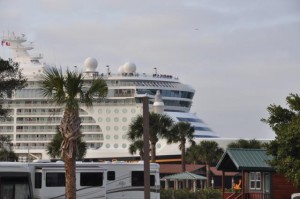 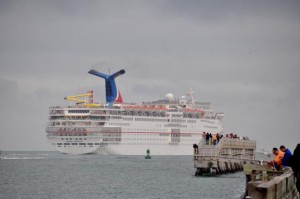 While watching the playoffs this evening, we were overcome with the distinctive odor of a skunk … and closed our rig up tight for the evening.