We awoke to another warm, sunny day so, with the approaching cold front stalled for several hours, we opted to bike, rather than drive, to Jekyll Island’s Historic District.  Built around the Jekyll Island Club, once called the most exclusive social club in the U.S.”, it was the  perfect escape from the pressures of business and social life for its founding members … whose names read like a “Who’s Who” of American industry … Astor, Vanderbilt, Pulitzer, Morgan, McCormack, Rockefeller, Anderson and Hyde.  Collectively, these men and their families are said to have controlled as much as one-seventh of the wealth of the United States.

Although it started as a hunting club, it evolved into a more social organization that included women in activities such as hunting, fishing, tennis, golf, croquet, lawn bowling, skeet shooting and horseback riding.  Here, Jekyll Island provided them a place to relax in “splendid isolation”. 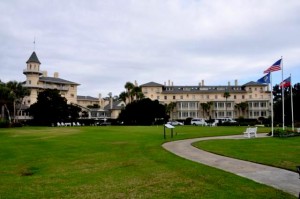 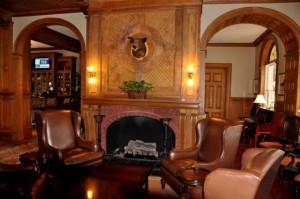 The centerpiece was the Jekyll Island Club clubhouse, a huge, rambling Victorian structure made of brick and wood, adorned with towers and verandas.

Surrounding the clubhouse, were more than a dozen member “cottages” … although these homes were huge edifices, more like mansions than second-home cottages. Indeed, they had all the comforts of home. 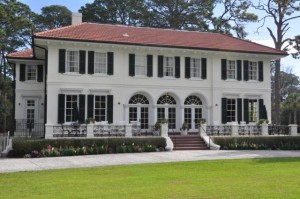 Constructed for Dr. George Shrady, an attendant of ex-president Ulysses Grant and the surgical pathologist when President Garfield was assassinated. 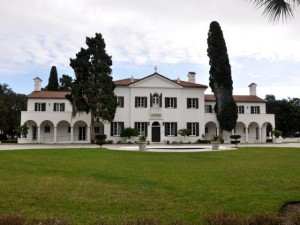 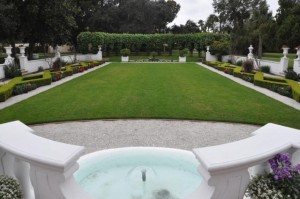 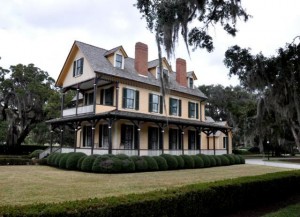 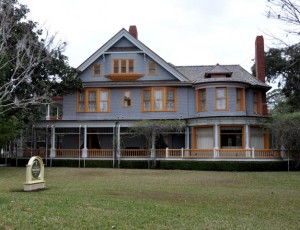 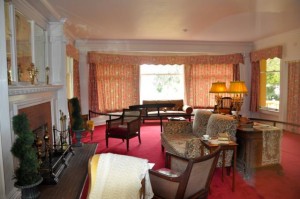 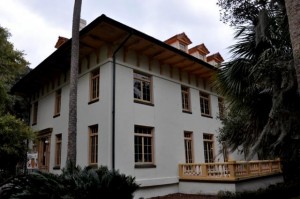 Still, despite the Clubhouse’s  exclusivity and amenities, when the crowds of guests become too overbearing, Henry Hyde and some of his fellow members (J.P. Morgan, William Rockefeller, William Anderson, Joseph Stickney and James Seymour) commissioned for the construction of Sans Souci … which would become the first condominium in the United States.  Hyde also had to approve all residents, rejecting those with children and mistresses. 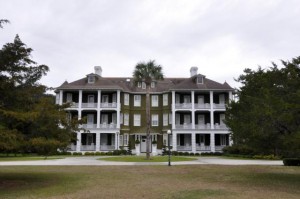 Centrally located in the historic district next to Cherokee Cottage, Faith Chapel is the second interdenominational chapel built by the Jekyll Island Club.   It was completed for the Club’s 1904 season. It was designed in the form or a colonial meetinghouse with decorative elements derived from the Gothic style.  At the east end of the chapel, behind the altar, is the beautiful stained glass window-“Adoration of the Christ Child”.  Unfortunately, the chapel was closed. 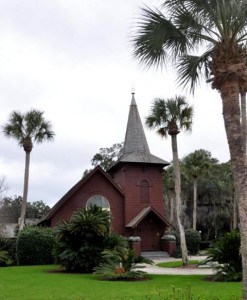 As part of the original development of the area, a landscape architect was employed … who made a conscious effort to preserve as many existing trees as possible.   Today, there is a virtual forest of Live Oaks adorned with streaming braids of Spanish Moss. 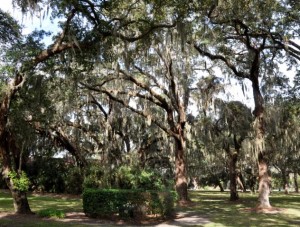 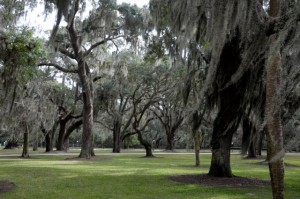 We were also surprised to see that the magnolias were starting to bloom … in January. 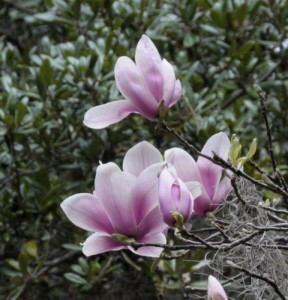 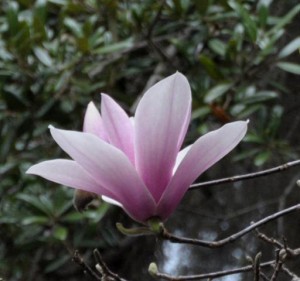 Anecdotally, we also were interested to learn that the first transcontinental telephone call was originated from the Jekyll Island Club when Timothy Vail, president of AT&T arranged a conference call between himself on Jekyll Island, with Alexander Graham Bell in New York, Woodrow Wilson in Washington DC and Thomas Edison in San Francisco on January 25, 1915 … using 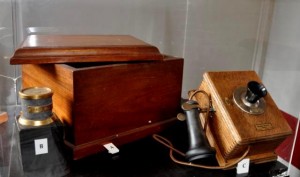 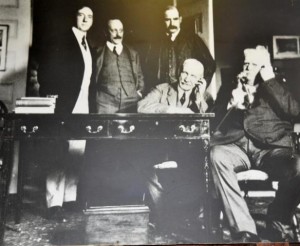 J.P Morgan listens in on the call while seated to Vail’s left

And then there was the wildlife of squirrels and 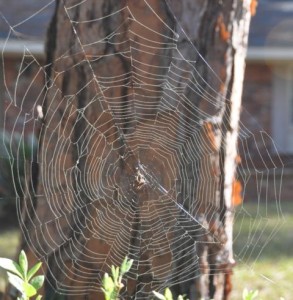 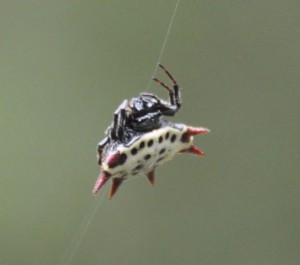 Shortly after lunch, the winds picked up dramatically and the temperature began its predicted 15o-20o plunge … spurring our return trip to take far less time than it had to bike to the District.