The reports we’d heard about the beauty of Jekyll Island were not overblown!  Although much of the island’s interior is literally an impassable jungle, we had delightful bike rides along the eastern (ocean) and northwestern (inland waterway) coast lines.  A beautiful, sunny day with temperatures in the upper 70os added to the experience.

Leaving our campground, we went to the northern end of Jekyll Island.  Breaching dolphins, gulls, egrets, 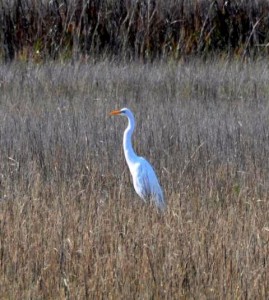 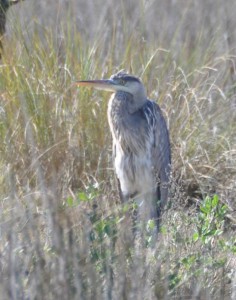 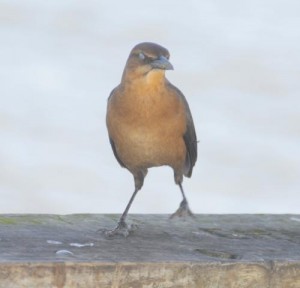 and a raccoon scrounging for its breakfast was fun to watch. 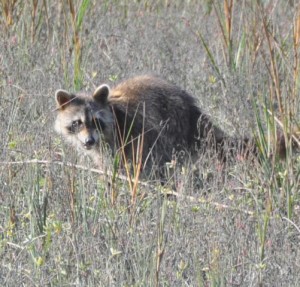 Along the bike trail, we had a chance to observe on of the great tidal marsh areas which make up a large portion of the island’s area. 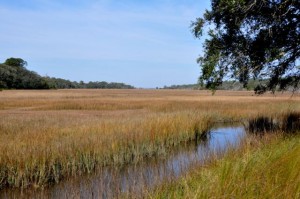 The trail then provides ample opportunities for easy access to the island’s famous Driftwood Beach, a graveyard for enormous trees 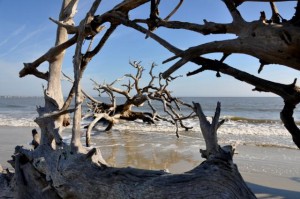 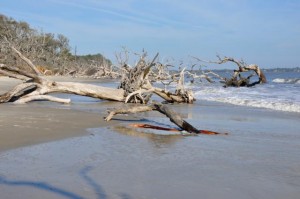 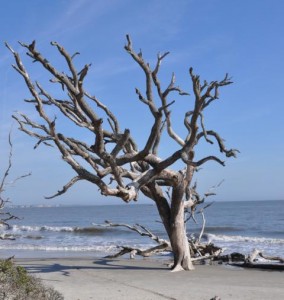 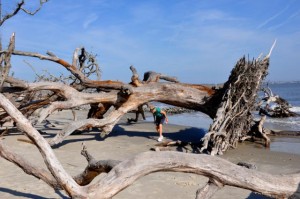 and the remains stumps 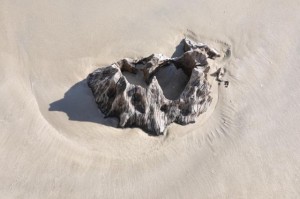 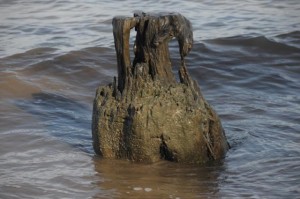 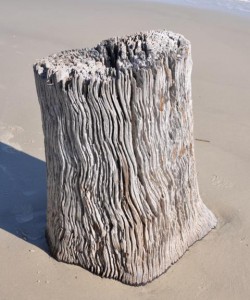 … due to slow but inexorable erosion by the sea.

This afternoon, we headed down the western side of the island to visit the remains of the earliest settlers, dating to the early 18th century. 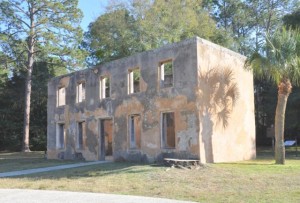 The Horton House was built by William Horton, the right-hand man to Georgia’s founder, Gen. James Edward Oglethorpe.  The first brewery was on the Horton House property. The house was rebuilt in 1742-43 after the Spaniards destroyed the original house following the battle of Bloody Marsh.  The house would subsequently become the home of Christophe Poulain du Bignon, who moved his family to Jekyll Island in the 1790’s to escape the dangers of the French Revolution.

The building’s preservation is due in large part to its construction of Tabby, a building material consisting of lime, sand, water and crushed oyster shells; developed and used by English colonists in Beaufort County and on the sea islands of coastal South Carolina, in coastal Georgia, and in northern Florida and used from the Colonial Period into the early 19th century.

Whereas the bike path along the ocean side was on exposed land with little vegetation, 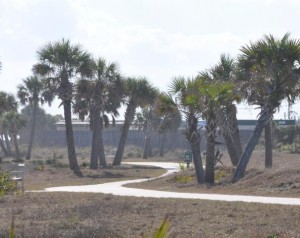 the path we were now navigating was lined with huge Live Oaks draped with veils of Spanish Moss. 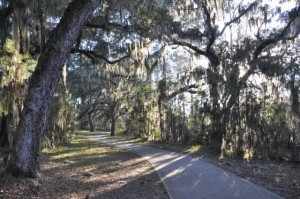 This entry was posted in Driftwood Beach, Jeckyll Island, GA. Bookmark the permalink.