Once again, we were treated to another unexpectedly awesome spectacle of nature!  While the main road through Capitol Reef (Route 24) has many majestic formations, petroglyphs  and preserved buildings from the early Mormon settlers, 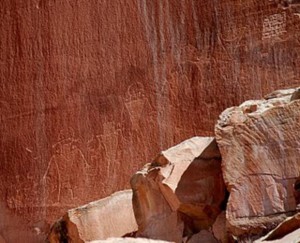 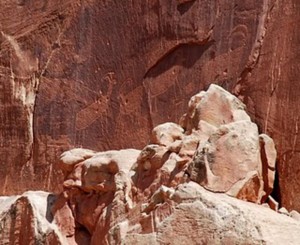 you do not get a sense of the grandeur of the Waterpocket Fold of the park without  driving down the “scenic road” … barely over one lane wide with endless blind curves (challenging in a car and more so when driving a motor home and towing a car). 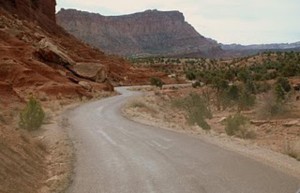 One side there are towering cliffs of sandstone, limestone and lava whose faces have been eroded by the forces of nature leaving countless Hoo Doos, and other rock formations. 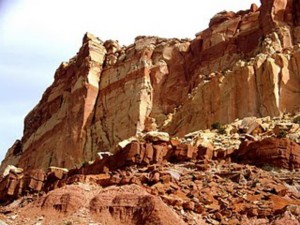 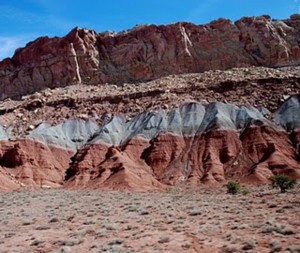 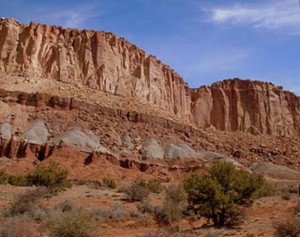 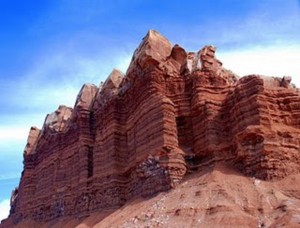 Scattered, seemingly at random, are pock-marked and sculptured, white rocks. 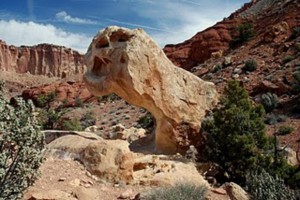 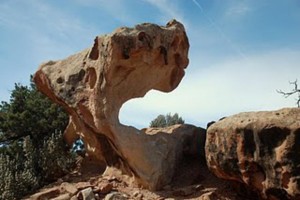 The drive from Capitol Reef to Hanskville was boarded by more cliffs which often seemed “plain” in comparison to those we’d seen earlier in the day. Snow-capped mountains were seen in our rear view mirror for miles and miles. 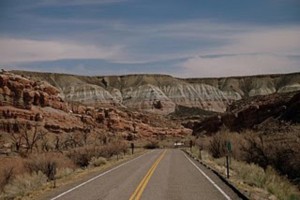 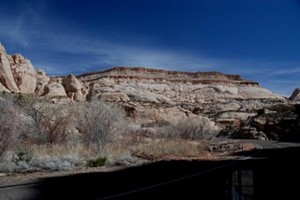 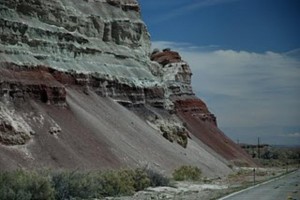 North of Hanskville, much of it boarded-up, we entered the high, San Rafael desert where cattle often ranged without fences. 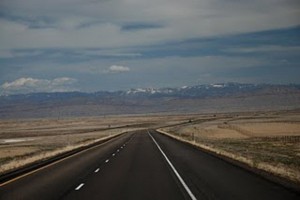 We actually got to see some “real life” cowboys, with hats and chaps, herding cattle, both riding horses and on foot.

A variety of interesting lava formations also lined portions of the highway. 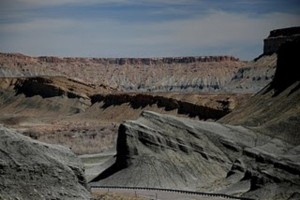 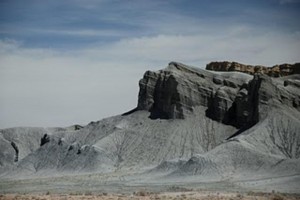 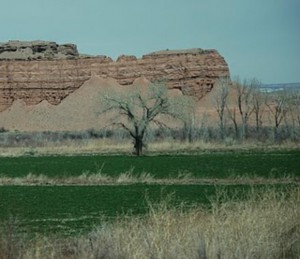 While we are currently enjoying a glass of wine in 70 degree weather, although we had awakened to temperatures in the low 40’s. 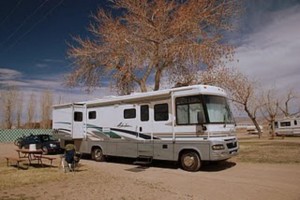