This morning we took a hiking tour of Miles Canyon. 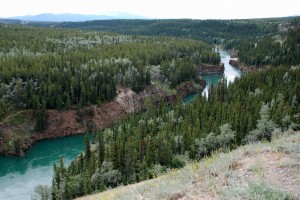 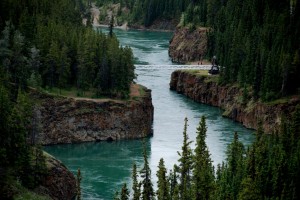 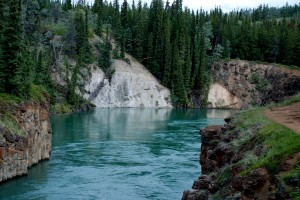 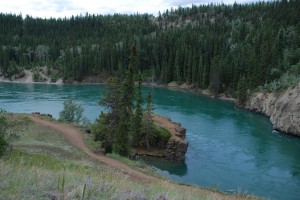 Located a few miles south of Whitehorse, this narrow stretch of water, followed by the formerly dangerous Whitehorse and Squaw Rapids, was once a daunting challenge for miners traveling 400 miles north on the Yukon River to the Klondike gold fields.

At the halfway point of the hike, we reached the archeological site of Canyon City, a portage point around the rapids. Although artifacts dating back some 2,500 years have been uncovered at the site, its recent history covered a brief, three-year period from 1898 through 1901. Goods were offloaded and/or even boats portaged from Canyon City around the rapids.

Two men are prominent in this period. Norman Macaulay, an entrepreneur from Victoria, BC built a tramline; carts which rode on log rails and pulled by horses 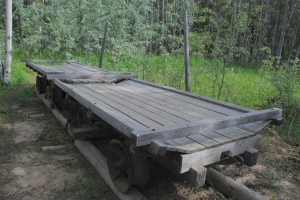 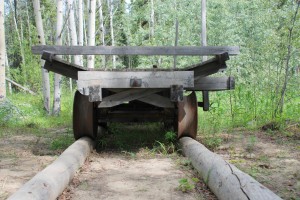 had a monopoly of the east bank of the river. It was five miles long and ran from Canyon City to the foot of the rapids, just across from the present site of downtown Whitehorse, hauling goods on horse-drawn cars for 3 cents per pound. A small settlement developed at Canyon City, and a town site was even surveyed there. By 1900 the White Pass railway was completed to Whitehorse, and Canyon City had lost its reason for existence. Of the many modes of transportation developed during the gold rush, the most practical was the White Pass & Yukon Route, a narrow-gauge railway connecting Skagway, Alaska (which we’ll be taking toward the end of our caravan),with Whitehorse, at the head of navigation on the Yukon River.

The other, Superintendent Samuel B. Steele, the most well-known member of the Northwest Mounted Police in the Klondike Gold Rush, was famous for making up the laws as he went along.

Among his pronouncements; he ruled that only qualified steersmen could steer the boats through the rapids, that no women or children were permitted in the boats and that all boats must have the necessary freeboard to ride the waves safely. He placed Corporal Edward Dixon in charge of day-to-day operations at the canyon. The restrictions put in place by Superintendent Steele forced most of the stampeders to unload their scows at Canyon City and secure the services of a professional river pilot. These measures undoubtedly saved many lives and essentially guaranteed the success of Macauley’s tramline operation.
The trails through Miles Canyon are also a wonderful place to see and photograph local flora. 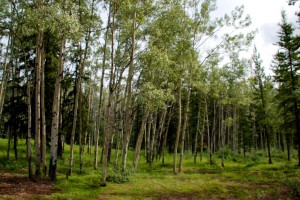 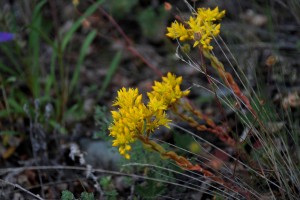 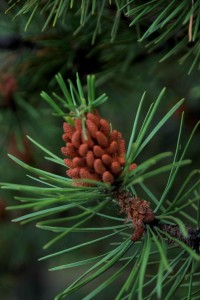 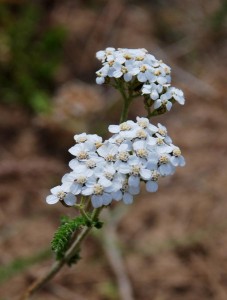 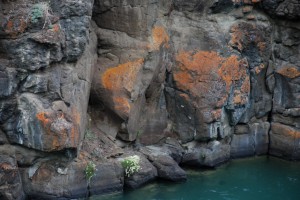 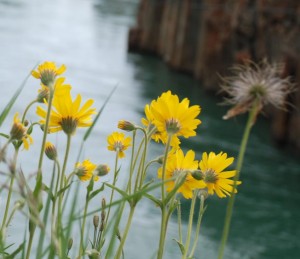 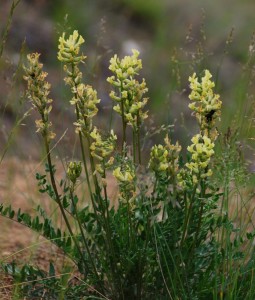 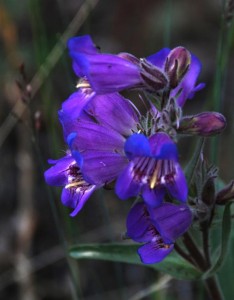 This evening we had a pot-luck supper and bid a farewell to Frank and Carol who will be leaving for their home in Port Angeles, Washington in the morning; absent their beautiful motor home which was involved in the earlier accident.