Today’s major milestone related to a journey which started 16,000 days ago, on June 10, 1966, the day Debbie and I were married … an incredible tribute to Debbie who has clearly earned her wings for her patience and likely more than occasional tolerance of her husband and his sometimes unappreciated actions over the years.

We awoke to the warmest morning since leaving Pennsylvania with the sun rising on the mountains just to our west.

The drive from Deming, NM to Safford, AZ was almost forgettable other than about 20 miles of Route 191 which was all but devoid of traffic.  However, we were fascinated with the road which alternates from a four lane divided highway to a two lane rural road with no apparent logic for where each start and stop … before starting and stopping again.

The scenery was otherwise typical of much of western Texas and southern New Mexico and Arizona. 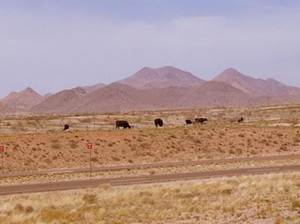 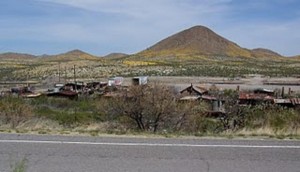 Soon after our arrival at yet another gorgeous state park we were quickly adopted by a road runner which sauntered up to where we were sitting having lunch and just stared at us.  When Debbie got up to grab a camera our feathered friend watched but wasn’t frightened.  Rather it jumped up on our picnic table. 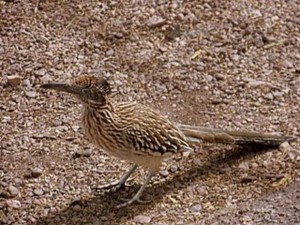 After a bike ride around the park, we found our new pet waiting for us at our RV.  We changed and began a walk to a natural spring fed, rock-lined hot tub, the bird began following until it spotted an adjacent camper with whom we were chatting, at which time it decided to pursue a new human. 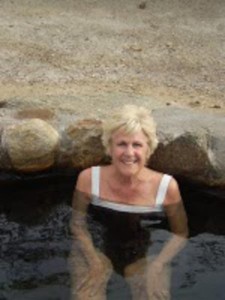 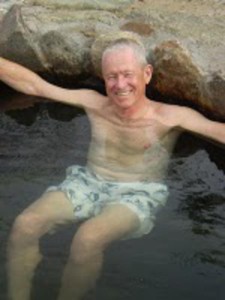 What had become a threatening sky mid-afternoon completely cleared and we were able to enjoy some wine while we enjoyed the scenery.  Once the sun went down, however, the bugs came in swarms and drive us inside for the duration.