Our first stop was the University of New Mexico Museum of Space History and its adjacent IMAX Theater where “Hubble” was being shown.

The museum is surrounded by an impressive array of rockets (including the remnants of a V-2) and an engine from the Shuttle. 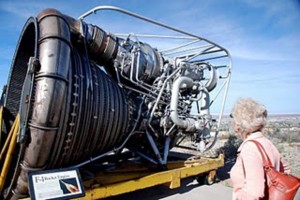 Inside there is an eight-floor, self-exploring series of exhibits covering the history of rocketry and space exploration.  Contributions going back to the Greeks, Copernicus, Newton, and others are acknowledged, as are more modern day pioneers of the space programs of the United States, Russia, the European space agency. and those from other nations.  From food to engines and clothing to toilets are covered.

There is also a Shuttle landing simulator.  Guess who crashed four times in four tries. 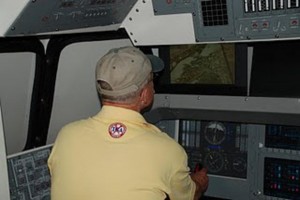 Next door, we took in the IMAX “Hubble” feature.  The history of the space telescope’s development, multiple problems and repairs and some of its deep space photographs held us transfixed. 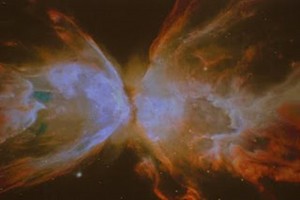 From there, we drove to White Sands National Monument.  Once again, the places we have been privileged to see on this trip continue to exceed our expectations.  It’s hard to describe White Sands other than to say that under the bright sun the nearly pure white sand almost necessitated we done a second pair of sunglasses. 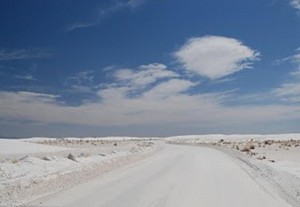 At the end of an 8 mile road into the park there is a picnic area where we had lunch and wandered into the dunes.  Surprisingly, the sand was mostly hard-packed from eons of the wind driving the fine grains of sand together. 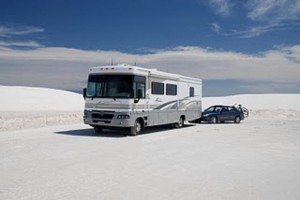 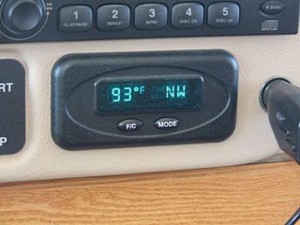 Yet, even here some creatures care out an existence. 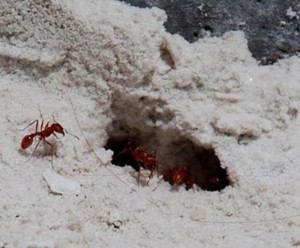 From there we again headed west slowly gaining altitude for a half hour before abruptly climbing to a 5,765′ pass before a steep descent into Las Cruses.

I-10 from Las Cruses to Deming was notably for being unimpressive across a landscape without any apparent hills, although there was an almost unnoticed but inexorable climb.

Our campground about 15 miles outside of Deming was nothing short of spectacular, tucked in to the sputwestern New Mexico mountains. 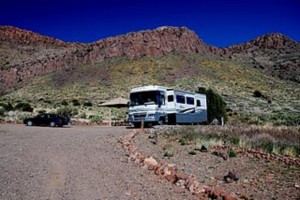 The sunset was, as advertised, gorgeous …

And, the full moon was still high in the sky as the sun rose to paint some of the surrounding mountains with warm light. 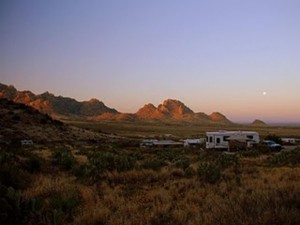 The more we have traveled, the more we’ve come to appreciate how much of this country there is to see!

This entry was posted in White Sands, NM. Bookmark the permalink.