Driving north from Carlsbad, we passed through Artesia, a small community with a formal and very attractive “downtown” with several western cowboy and other sculptures. 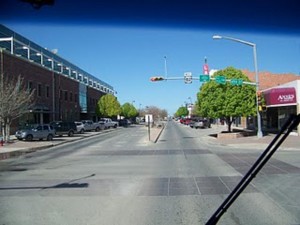 Leaving the city, we drove through more relatively barren range land.  Ever so gradually, we gained elevation and the desert became grassland pastures and finally winding our way through the ever-curving rolling foothills for the Lincoln National Forest and steadily gaining altitude. 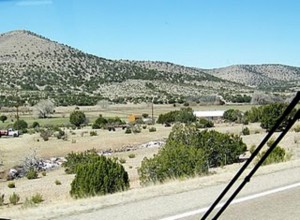 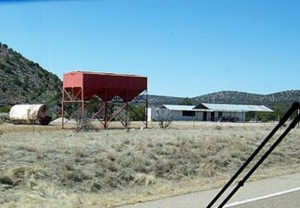 Along the east side of the narrow valleys were a series of small ranches and farms.  As we continued to climb, we noticed some small white patches higher up on the surrounding hills. 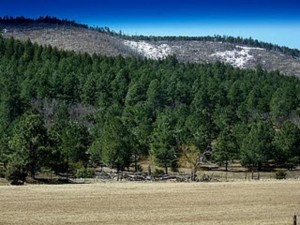 Soon we discovered the source of these white areas … 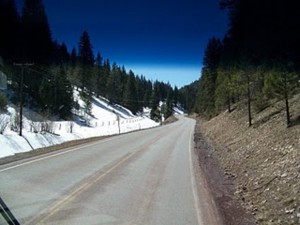 Eventually, we passed a ski area and finally made it to the small, very western, resort town of Cloudcroft. 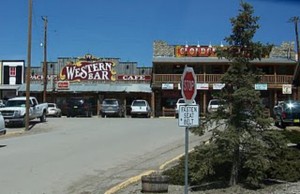 The town, which also boasts one of the highest (9,000′) golf courses in the nation.  At 8,650′, we discovered that not only had we climbed over 4,000′ from Carlsbad but were now higher than the summits of the Guadalupe below which we’d had lunch yesterday.

Of course, what goes up must come down.  In order to reach our destination of Alamogordo, we had to descend roughly the same distance we’d climbed in over 70 miles in less than 15 miles.  The grade was steep and even included a short, very dark tunnel. 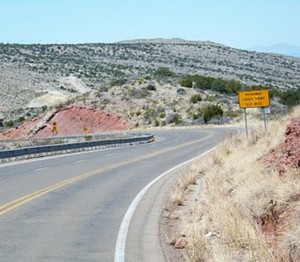 But, by keeping our speed between 30-35 MPH, we made the trip an uneventful experience … although the views were spectacular, with White Sands National Park visible in the distance. 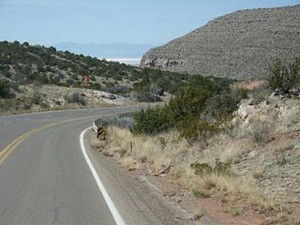 From our campground, we had a clear view of Sierra Blanca (11,983′), a snow-capped peak we’d seen from shortly after we left Artesia. 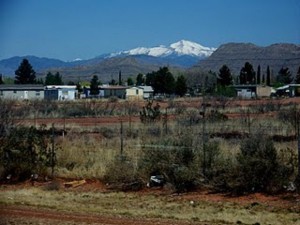 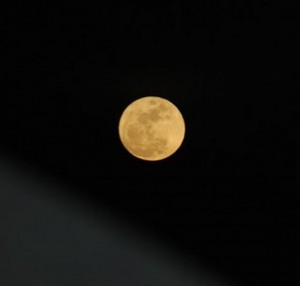