After a few housekeeping chores, we took a tour of Port Aransas.  It’s a pretty typical shore town and could be in any number of locations along the Atlantic Coast.  Several other observations …

Once out of the commercial district, the roads run on straight as an arrow. 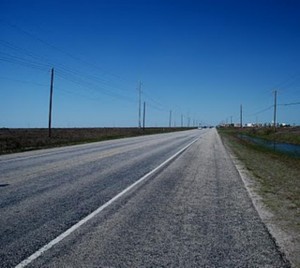 There are two mile-long jetties running our into the Gulf.  They are made of enormous granite blocks, many cut in precise cubes, although stacked seeming at random. 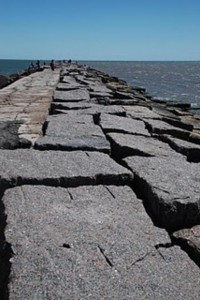 Aside from walking out its length, it is a haven for men, women and children fishing … although we never saw anyone catch anything. 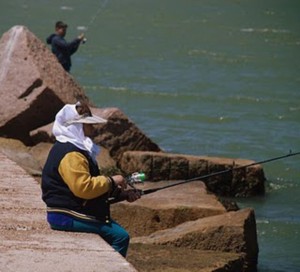 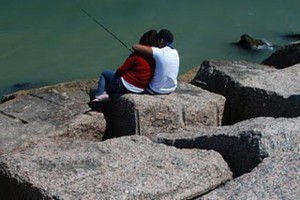 At the same time, we did see another group gathering up fish almost at will! 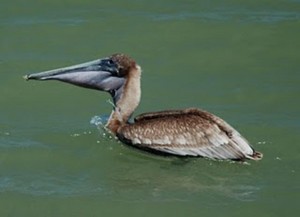 And, like most shore towns, some homes stood out! 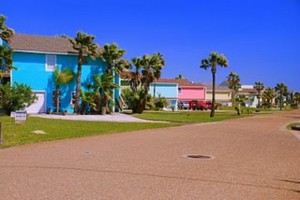