Today was the first day I had a business appointment since leaving PA.  My partner (and cousin) in Smart Bug Corp (which manufacturers and markets an in-venue communications system; recently used at both the Vancouver Olympics and Westminster Dog Show) and I 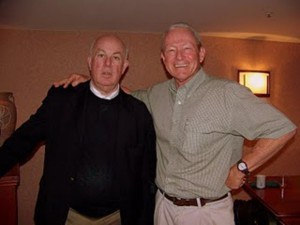 However, the drive in my car from southwest Houston to the George Bush International Airport north of the city and return trip were nightmares.  Not only are there more confusing highways but the drivers in this city are a menace!  On two occasions, despite signaling my intentions well in advance, I was unable to take my intended exits as other drivers raced by on my right side and then just cut me off.  To merely change lanes, one puts their life at risk.

When I got “home”, our RV park’s speed limit is 5 MPH was a welcome relief!  Soon thereafter Debbie found a glider swing overlooking the lake and enjoyed the warm afternoon sun, a gentle breeze, and a rainbow playing in the spray of a fountain along with a glass of wine. 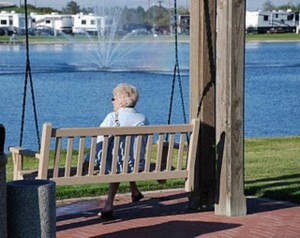 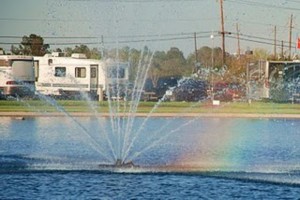