After traveling 5,000 miles through seven states, two provinces, one territory, over a period of thirty-five days, we’re settled in a campground in Teslin (population 462), Yukon … and we still have another 417 miles ahead of us before we reach the Alaskan border!  However, it has been an amazing trip so far and we’re enjoying every minute of it.

I forgot, yesterday we stopped for gas at Contact Crossing and, aside from paying $5.00+ per gallon for the first time, y VISA card was rejected!  Fortunately, I had other cards to pay for the fuel.  Later that evening, I called VISA’s customer service department.  I confirmed that they had made a note in my record that I was going to be traveling in Canada … however, we were in the Yukon.  It took several frustrating minutes to convince the person on the other end of the line that the Yukon was, in fact, part of Canada.

The sun was shining as we headed out for Teslin, YK this morning.  Unlike several of our traveling companions, we missed seeing any bears or other wildlife other than a few birds, the usual number of insects which splattered themselves on our windshield and a solitary squirrel. 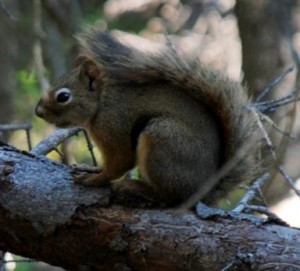 A few miles north of Watson Lake, the rounded foothills and ridgelines which had formed our horizon for the past several days were replaced by distant peaks of rock and snow-laced mountains. 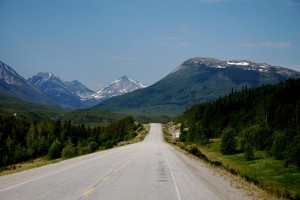 Along the side of the road we passed miles upon miles of rock messages (mostly peoples’ names), an “art form” started in the 1990s by a Fort Nelson swim team. 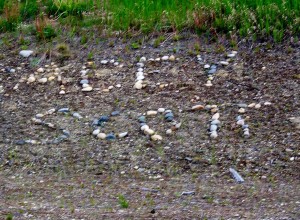 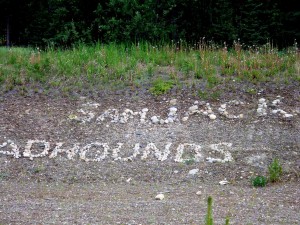 They’re created by people simply collecting a number of small stones and arranging (and sometimes painting) them into letters on the shoulders of the road. 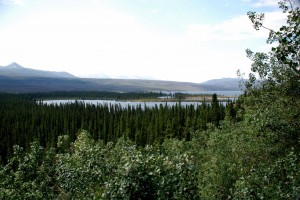 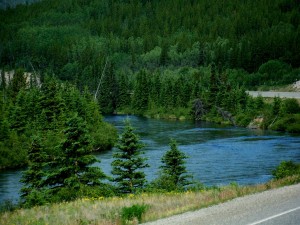 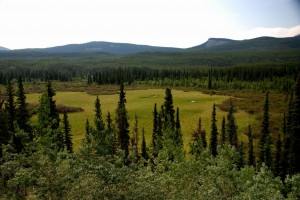 And, more often than not, find other rigs from our caravan either there already or pulling in after us. 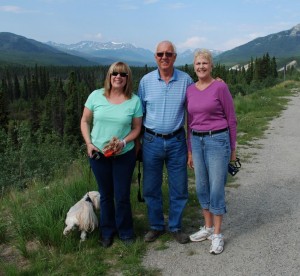 Undoubtedly, the most beautiful spot we made was at Rancheria Falls. 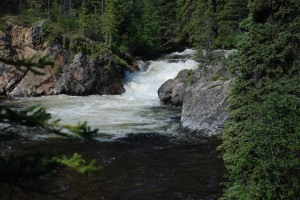 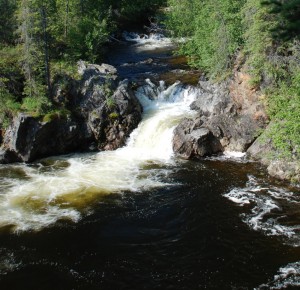 where we also saw a number of very pretty woodland flowers. 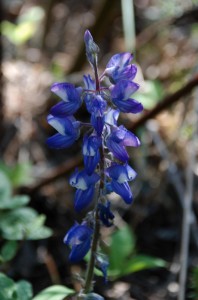 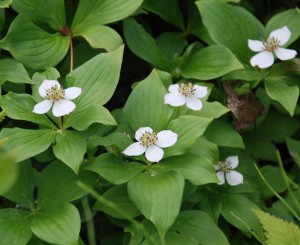 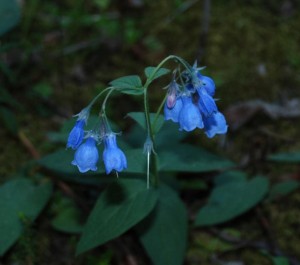 We also crossed a number of bridges, including the Nisutlin Bay Bridge, the longest water span on the Alaska Highway. 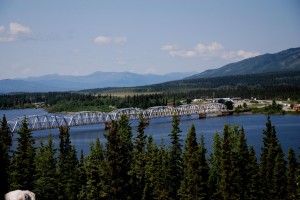 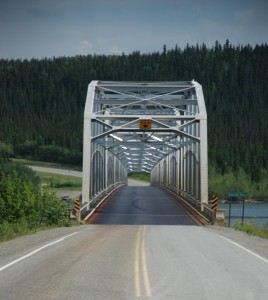 From there, the road was good, grades relatively gentle, curves generally modest and driving conditions near perfect.  As we rounded a broad curve, we noticed a number of vehicles pulled off to the side of the road and at first wondered if someone had spotted a bear or other animal, others had followed suit and they were taking pictures.

Then I noticed a van with its front end crushed-in sitting across the road. 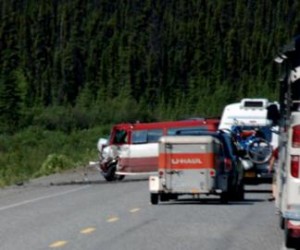 After stopping, we ran into some other couples from our group who informed us that another member of our caravan was involved.  Apparently, a south-bound fifth-wheel (RV trailer) was passing the van, saw a large motor home coming the other way and tried to cut back in to his lane quickly, sideswiping the van and sending it into an uncontrolled spin.

The motor home jammed on the brakes and headed for the side of the road.

Unfortunately, the van hit the side of the motor home head-on.

The front of the van was totally demolished.  The side of the motor home was ruined and the force caused its rear axle to snap.  The extensive damage to the RV will likely mean it will have to be “totaled”.

However, thankfully, what could have been a real tragedy resulted in the two occupants of the van (from which I would have initially guessed that no one could have survived) were hospitalized, one with a broken nose and other cuts, the other with a badly bruised and swollen forehead and both likely suffering from concussions.  The driver of the fifth-wheel and his passenger and our friends driving the motor home were badly shaken but, thankfully uninjured.

While Fred and Carol will likely be leaving the caravan tomorrow, it has left all of us a bit unnerved … as, had any of us been driving a bit faster or slower, it could have been one of us involved in the accident.

With Fred and Carol joining us, as we joined together for a scheduled wine-and-cheese campfire, 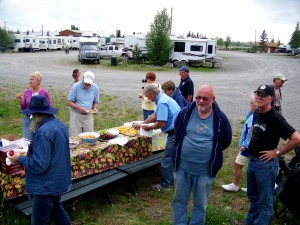 we looked across Teslin Lake to see a forest fire burning in the thick boreal woodlands. 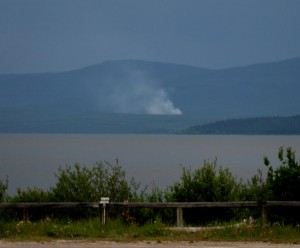 Fortunately, by the time we headed back to our rigs for the evening (10:00 PM and there is still at least an hour of daylight left), the fire appeared to have been extinguished as the result of water and/or flame retardant drops by a helicopter we’d seen over the fire scene.