With warmer temperatures (50s), winds diminished and chain-up requirements cancelled, we left Grand Junction enroute to the Denver area.  Heading east, we were surprised by to see an expansive and colorful vineyard and winery operation and wish we had time to stop. 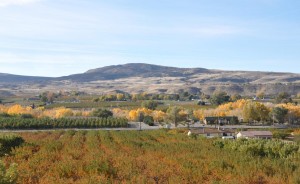 Across the Interstate, towering cliffs provided a backdrop 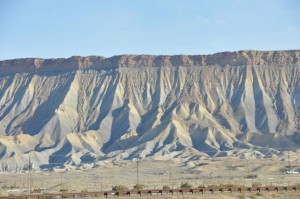 as well as unusual formations with unusual channels running down their ridges. 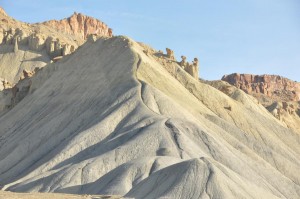 While we knew the Eisenhower was far ahead, we were unaware of several shorter tunnels along the way. 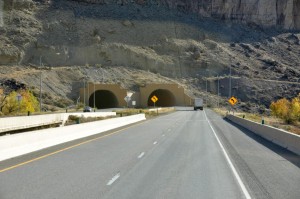 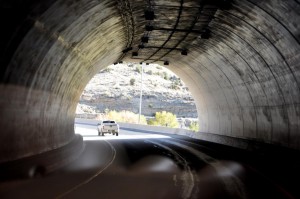 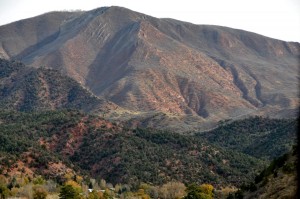 We then encountered another tunnel, this one a bit longer, 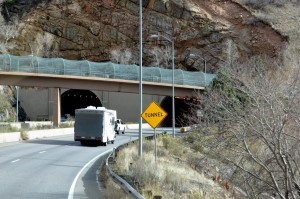 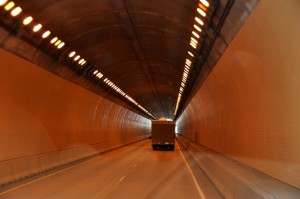 And a nameless town, 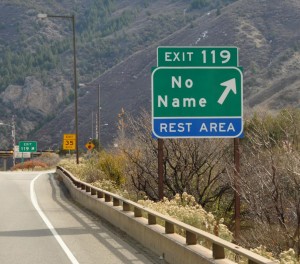 As the Interstate wound through several deep canyons. 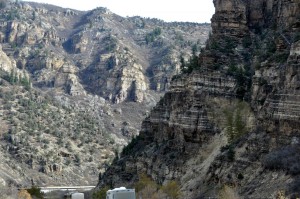 Finally, at around the 6,000’ level, the first signs of snow on the north sides of hills along the road. 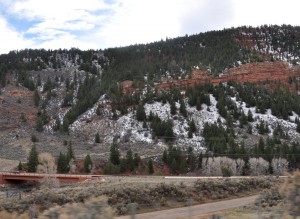 In the town of Eagle we pulled over for a quick rest stop and a chance to take in some of the distant mountain scenery. 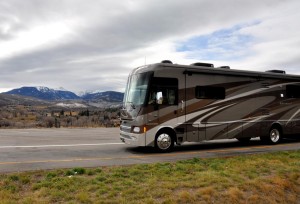 Still climbing into the mountains the snowy summits loomed ever closer 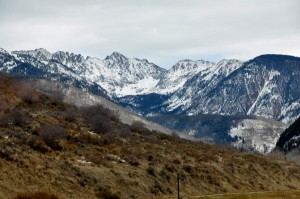 as did the snow-trimmed evergreen forests. 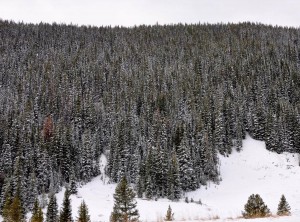 Approaching Breckenridge, we’d climbed to over 10,000’ with minimal sped reductions, our rig pulling a tow car does not have the ability to charge up long, steep grades while maintaining 50-60+ speeds.  For a brief few minutes we thought the next 20 miles would be a piece of cake, with less than another 1,000’ of elevation climb ahead of us to the height of land at the entrance to the Eisenhower Tunnel.

Surprise, suddenly we began descending over 3,000’ into the Breckenridge 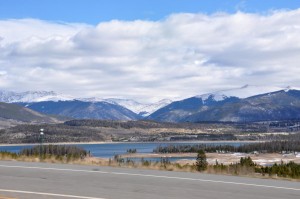 And could look up at what was now going to be a nearly 4,000’ climb into even higher mountain valleys  over just 5 miles. 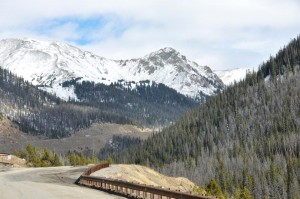 After chugging up the highway, sometimes dropping to between 30-35 MPH, we reached the tunnel’s 11,158’ entrance. 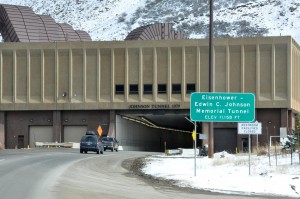 From there, it was all downhill into the Denver area … and on to Brighton where we will be visiting Dave and LaDonna McCleish, friends from our Alaska trip and reunion.

Meanwhile, while some 2,000 miles away from home, we’re hoping everyone will be safe from the impending arrival of Sandy, the super storm headed for the mid-Atlantic and New England states.