It was cold this morning, below freezing, and overcast as we headed for Colorado.  As our altitude increased, the visibility decreased until we could see less than 50 yards ahead of us. 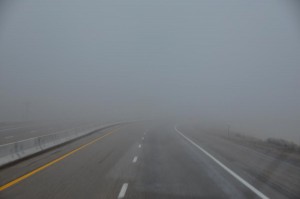 While I was creeping so slowly I was not concerned about ramming into anyone, I was wary about someone charging up the mountain too fast behind us and potentially shortening the length of our tow vehicle.  Traversing some of the higher altitudes we did see our first snowflakes of the trip

Once the fog lifted, Utah’s scenery was pretty bland. 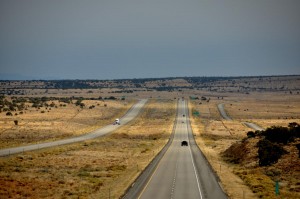 However, as we drove farther east, the road climbed as high as 7,000’ and then dropped away to less than 2,000’ in places, often winding sharply through some spectacular cuts through the mesas, 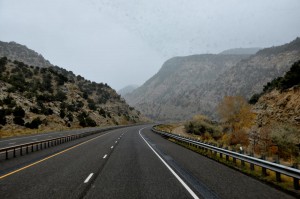 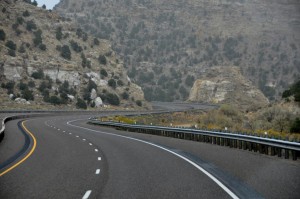 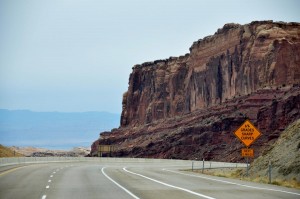 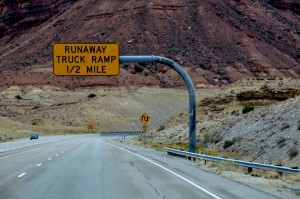 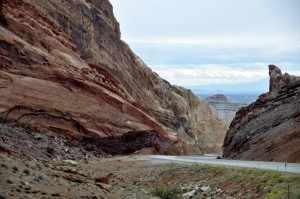 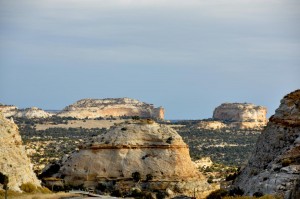 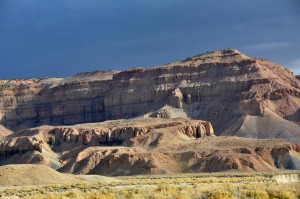 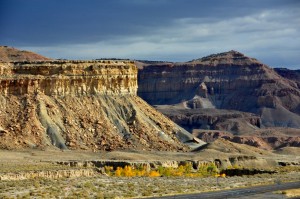 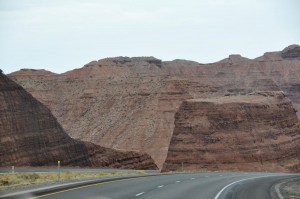 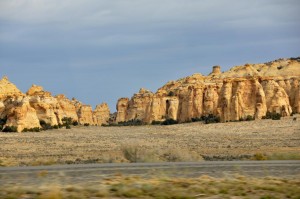 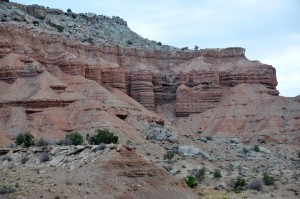 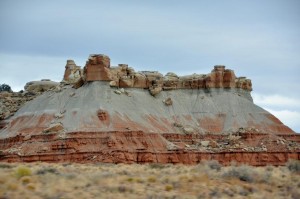 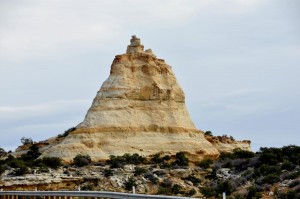 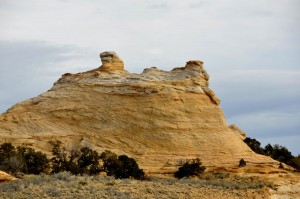 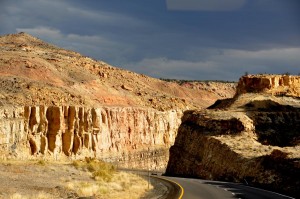 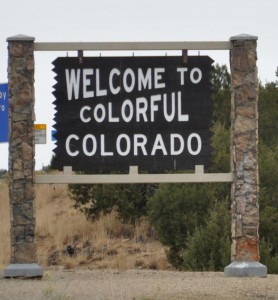 the brilliant fall colors of the aspens were breathtaking. 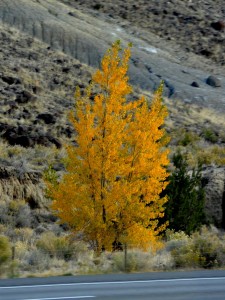 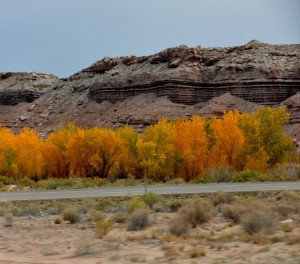 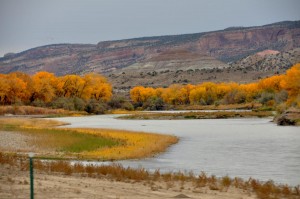 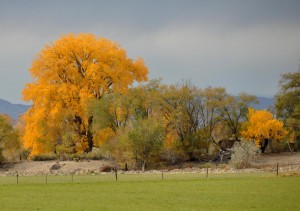 We arrived at Jane and Rod Johnsons (Rod was off elk hunting with three of his buddies … interestingly, all from around the Philadelphia area) in Grand Junction. 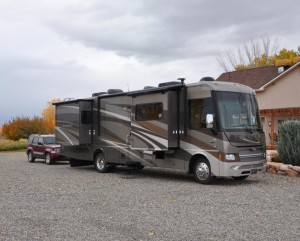