This morning Debi and Dave Normington took us on a tour … beginning with a drive down the famous “Strip”. 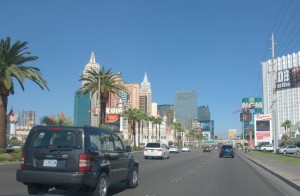 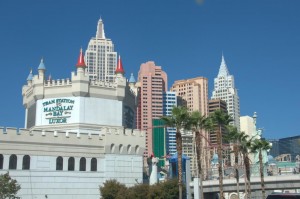 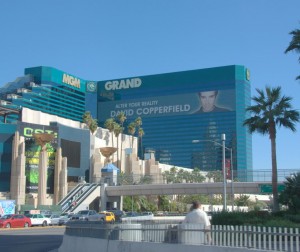 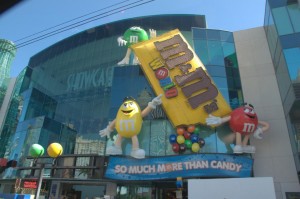 After parking at the Paris (the most architecturally interesting casino) 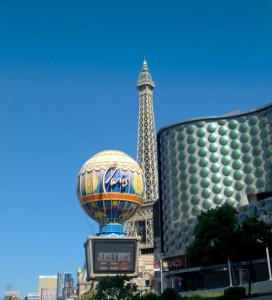 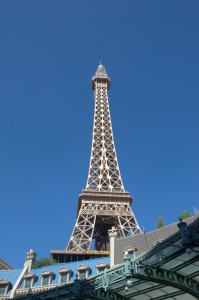 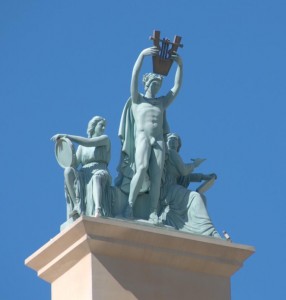 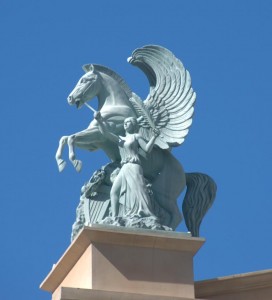 we ate lunch along its Mon Ami Cabi restaurant. 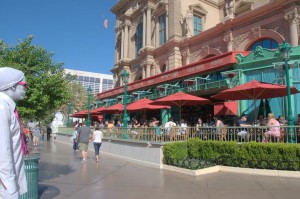 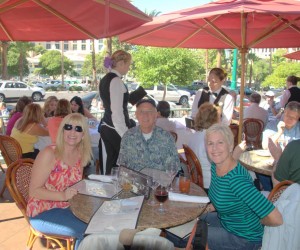 From there across the street to Bellagio, where a regularly-schedule fountain show began as if on cue. 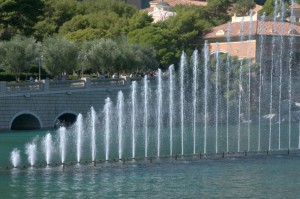 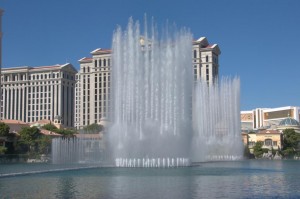 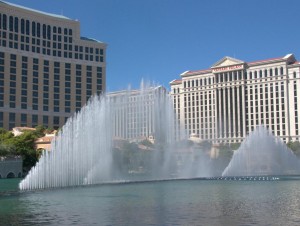 Inside, the inner atrium was decked out in fall colors 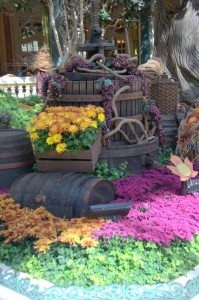 and there was a most unusual, floral rendition of Claude Monet’s “Grainstack (Sunset)”, one of over thirty paintings of grainstacks … in which he stressed that color is not intrinsic but rather, dependent on the light source. 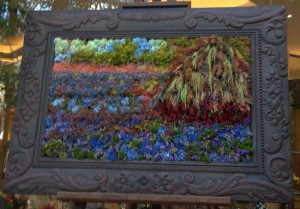 We then took the overhead tram 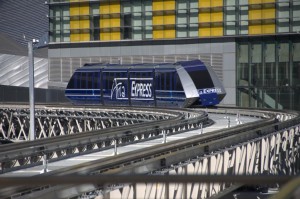 To Aria, an upscale shopping plaza and casino, also decked out for the fall season. 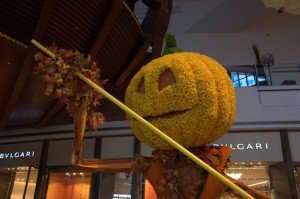 We also took in several photo, bronze and glass studios, one of which was solely dedicated to the work of Dale Chihuly’s Glass Studio.  His work is incredible … 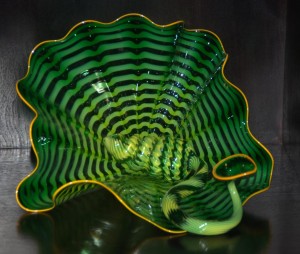 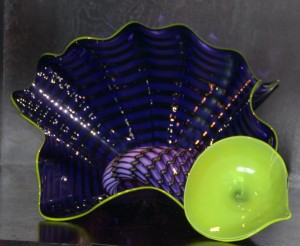 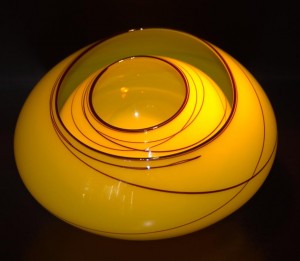 with price tags to match.

While fun to visit, the Strip is not the only interesting place to visit while in Las Vegas.  The four of us next drove to and through the 13-mile loop road in Red Rock Canyon. 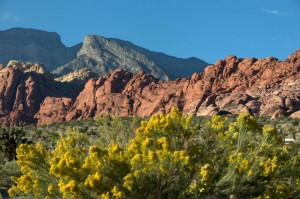 At the Keystone Thrust Fault, two of the Earth’s plates collided with such force that part of one plate was shoved up and over the other and created the brilliant contrast of gray limestone and red sandstone, some soaring as high as 3,000 feet. 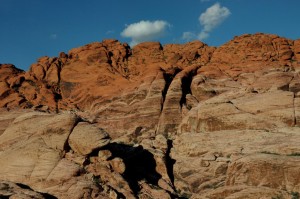 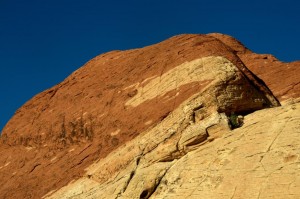 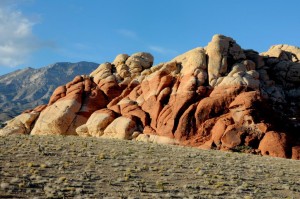 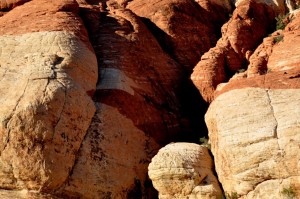 The large fossilized sand dunes, with alternating colors of dark and white, dot the area. 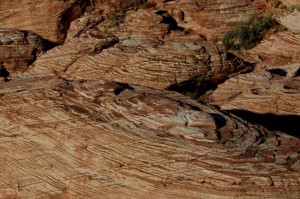 As we were leaving, the last rays of the setting sun painted the rock a dramatic red against the dark foreground. 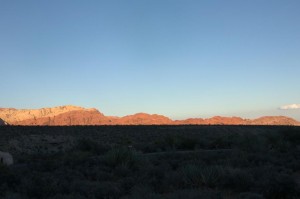