We awoke to another great sunrise this morning. 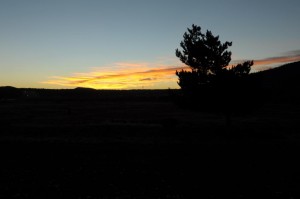 Between Williams and Kingman, we lost more than a mile in elevation over a surprisingly rough Interstate. 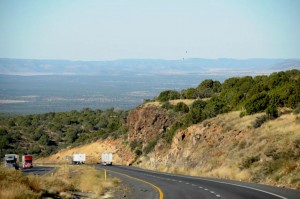 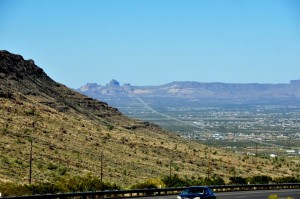 Turning north on US-93 in Kingman, the road suddenly improved.  While there was no excitement, our highlights were provided by an opportunity to spot some old homesteads and abandoned RVs, 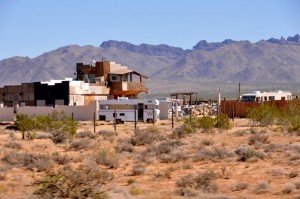 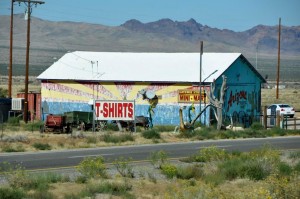 watched  an aircraft take-off and land, 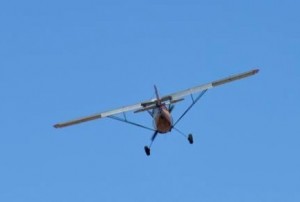 and a helicopter being disassembled along the side of the road. 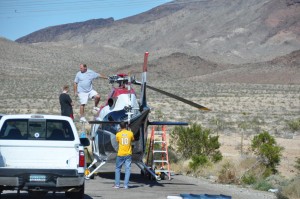 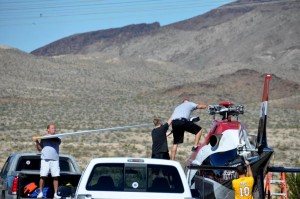 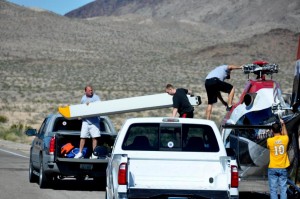 Nearing Hoover Dam, where the road began to descend again and wind along an increasingly rugged landscape. 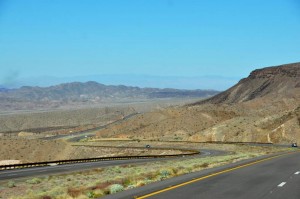 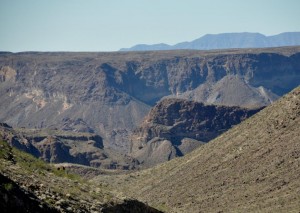 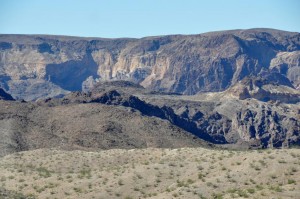 After crossing the O’Callaghan-Tillman Hoover Dam By-pass Bridge … from which we couldn’t even see the dam.  However, climbing out of the Colorado River valley, we were able to catch a couple of glimpses of Lake Mead. 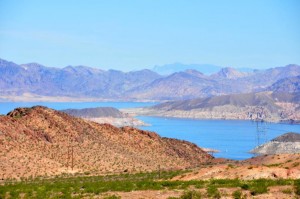 The drive thru Boulder City and Henderson was increasingly congested.  However, arriving in Las Vegas we were greeted by a series of local drivers who seemed intent on cutting us off at every chance they got.  Fortunately, we were able to evade them and reached a really great RV resort unscathed!

We had dinner at Debi and David Normington’s  (two of our Alaska friend’s) and sat,  drank wine and watched the lights of Las Vegas after dark. 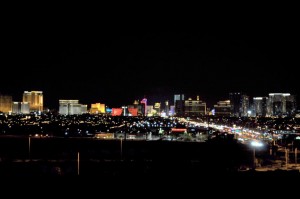