This morning we had breakfast with a friend and then headed back north along I-17, which we’d traveled in the opposite direction yesterday.  Whereas, we had three long descents traveling to Cave Creek, we were now faced with climbing a mile during our trip back to Flagstaff. 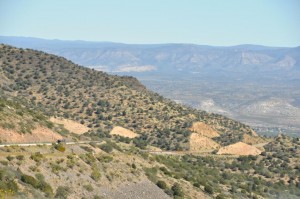 Once there, we headed west along I-40, again, paralleling Old Route 66, where we saw remains of one of the bridges of the Mother Road, 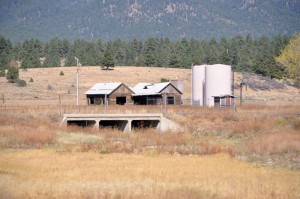 crossed the Arizona Divide (the highest road elevation we’ve reached so far on this trip), 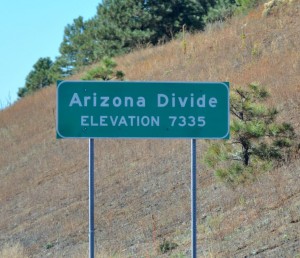 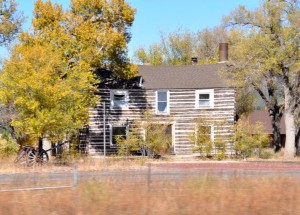 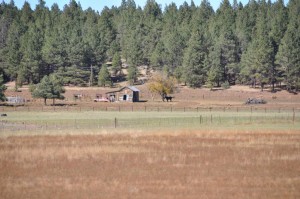 and signs of fall foliage. 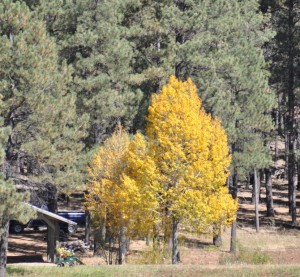 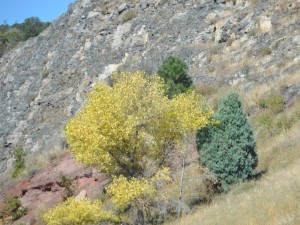 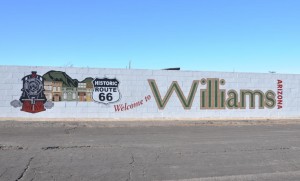 population 3,023, a tough frontier town filled with cowboys, loggers and railroad workers.  Gambling and prostitution were legal on one area of town until 1907.

We found gas prices as high as we’ve seen them anywhere to date. 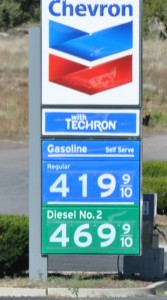 However, we subsequently discovered that the RV campground we were staying at had a deal with the Chevron station which gave a $.10/gallon discount for people staying at the campground.  The owner called the station where we’d just dropped $230 and we were able to get the discount retroactively!  I wonder how often that would happen “back East”.

Unlike many towns through which Route 66 passed in its heyday, both held off being by-passed by I-40 longer than any others 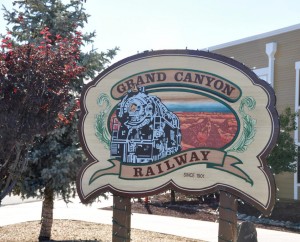 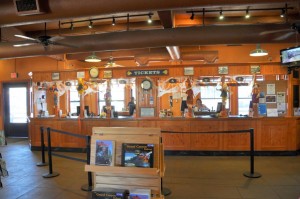 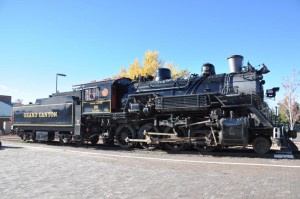 and it has managed to establish itself as a “destination” town.  Not only is it the major jumping-off point for the railway which runs north to the Grand Canyon (which we’re taking tomorrow) but it has been able to revitalize many of the businesses (primarily bars and restaurants) which populated Route 66 during its heyday, supported private museums and many other buildings from that period have been rehabbed although presently occupied by newer businesses. 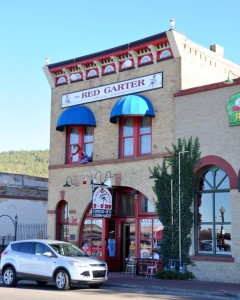 A Victorian-Romanesque style building, the Tetzlaff Building was built in 1897 and designed as a saloon and bordello offering “female company in eight cribs and an elegant parlor.” 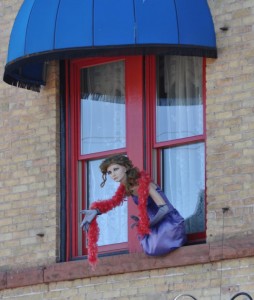 It also boasted a two-story outhouse. Whiskey, pool tables and poker games provided first floor entertainment; as did the Chinese restaurant and opium den located at the back of the building. This brick building stopped the devastating 1901 and 1905 fires that burned down all of “Saloon Row”. 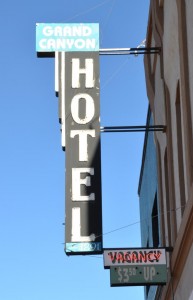 The Grand Canyon Hotel … check out the nightly rate 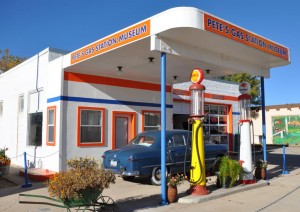 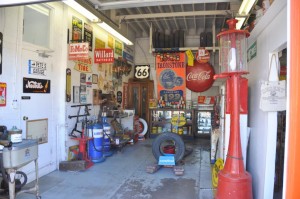 Garage with lots of period equipment 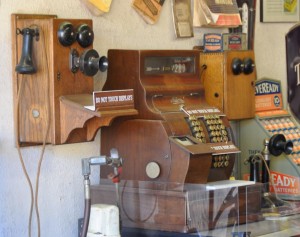 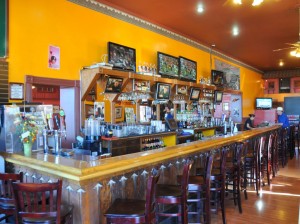 The Cabinet Saloon, built in 1893, was a boisterous spot along “Saloon Row” 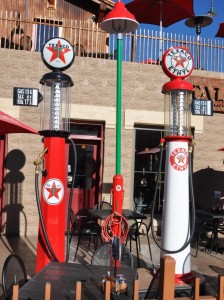 which sports its own gas antique gas pumps 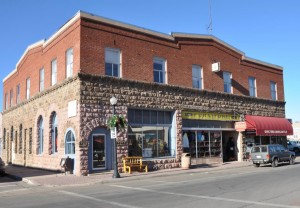 The Pollock Building was built of locally quarried volcanic rock in 1903 and originally housed a bank … and later the local newspaper, a telegraph office and eventually Arnold’s, a famous Route 66 eatery. 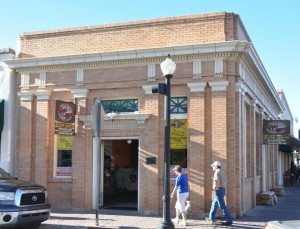 The Citizens Bank building was built in the neo-classical revival style and opened with great fanfare on Armistice Day,November 11, 1918. It remained the financial center of the lumber, ranching and railroad operations in the area until it closed in 1958. 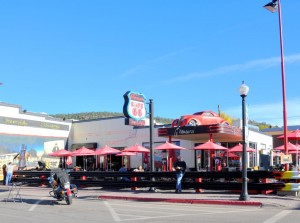 and there are more around this quaint and interesting community … including 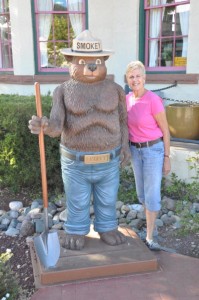 Smokey the Bear and you-know-who