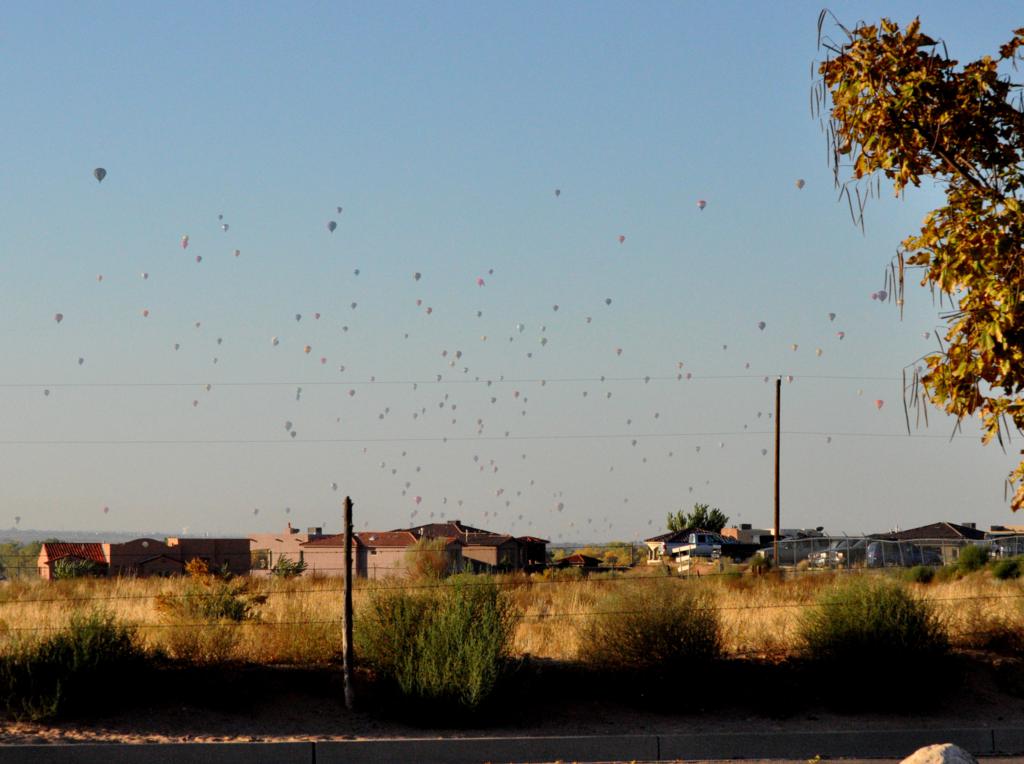 and then loomed larger as they drifted north, some directly over our campground. 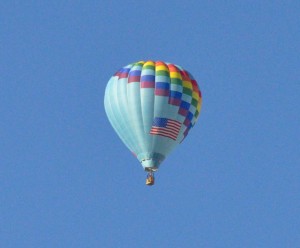 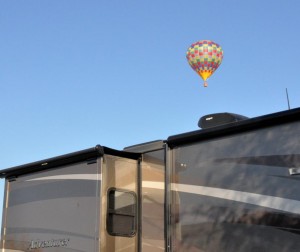 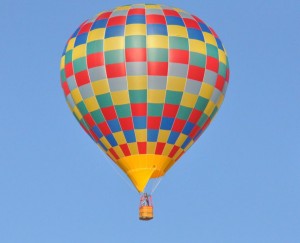 We then left for the New Mexico Museum of Natural History 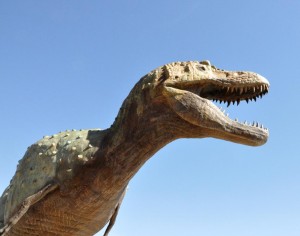 where the approximately 3.4 billion years of history of life on earth were on display.  Not surprisingly, fossils and reconstructions of a number of prehistoric plants, early animal life forms, amphibians reptiles and dinosaurs are on display … which will delight our grandsons, Jake and Sean! 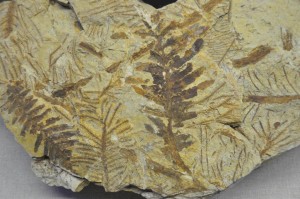 The above fossil plants were found in the Permian Abo Formation near Las Cruces, NM.  They grew 280 million years ago in lush swamps when the state was located near the equator 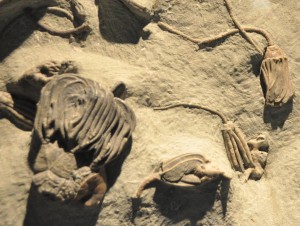 Crinoids, from the late Mississippian Period about 322 million years ago. These crinoids are close relatives of today’s sea stars and sand dollars 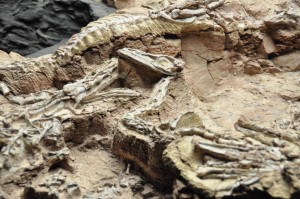 Colophysis – The incomplete skull and neck of a meat-eating dinosaur which had sharp, serrated, blade-like teeth and walked upright. One of the oldest dinosaurs in what is now New Mexico, it lived 215 million years ago. 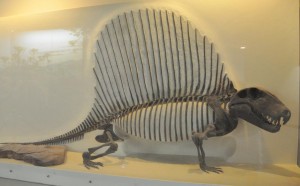 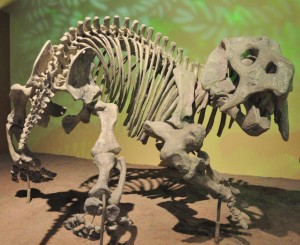 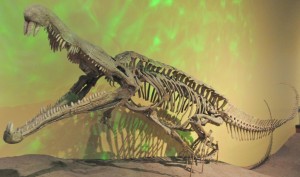 Phytosaur, a crocodile-like animal was up to 38 feet in length and the most ferocious meat-eater on the floor plains and the top predator of the Triassic landscape 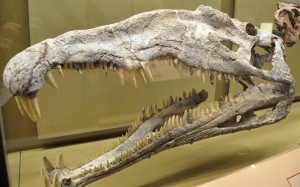 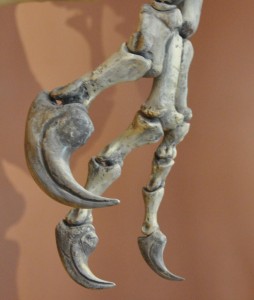 Saurophaganaz forearm claws. At 40 feet long and weighing an estimated five tons, it was nearly as large as the Cretaceous Period’s T-Rex, and the largest meat-eating dinosaur of the Jurassic

The leg of a Brachiosaurus was 20 feet long 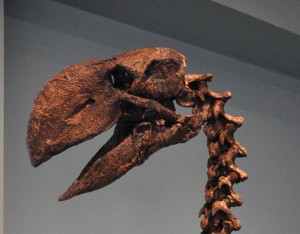 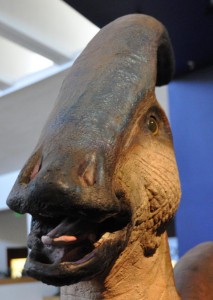 Parasaurolophus was one of the largest duck-billed dinosaurs, measuring up to 30 in length, lived during the Late Cretaceous Period, about 70-75 million years ago 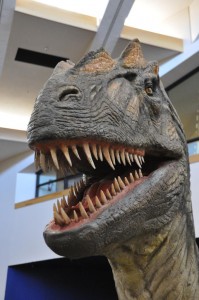 Measuring 25 foot in length, Allosaurus lived during the Late Jurassic Period and was a fierce meat-eater. Paleontologists now suspect that Allosaurus hunted in packs much the same way wolves do today.

AND IT WOULDN’T BE COMPLETE WITHOUT 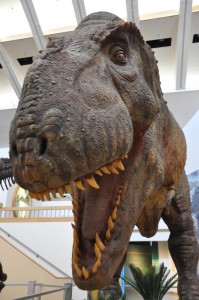 There was also a magnificent, colorful specimen of petrified or fossilized wood. 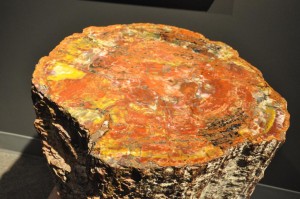 We later took a trip through a crowded “Old Town” where a impressive church stood out. 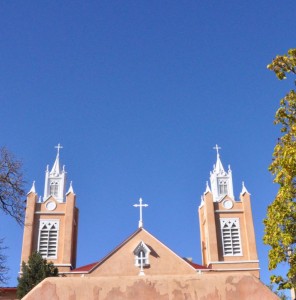 This entry was posted in New Mexico Museum of Natual History, Uncategorized. Bookmark the permalink.