We woke up to 36o temperatures this morning!

Leaving Clovis, it was a relatively short drive to the Blackwater Archeological Dig and nearby museum. 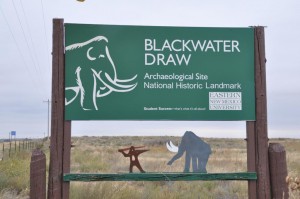 The site was first recognized in 1929 by Ridgely Whiteman of Clovis, NM.  The first large-scale excavation came in 1932.  Evidence of “fluted” points, spearheads also known as Clovis points (a New World invention) and other stone and bone weapons, tools, and processing implements were found at the site. 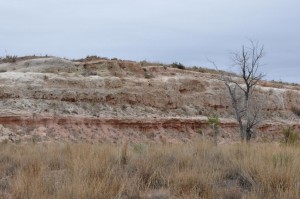 The Clovis points were lanceolate and often longer than Folsom points.  These artifacts are in association with the remains of extinct Late Pleistocene megafauna, including Columbian mammoth, camel, horse, bison, sabertooth cat, sloths, and dire wolf that were hunted by the early peoples who visited the site.  Generations of some of the earliest New World inhabitants lived at Blackwater Draw which created a layer of human settlement debris from those like Clovis, Folsom, Portales, and Archaic period occupants.

The furthest back would be the Clovis culture with radiocarbon dating between 11,600-11,000 years before the present, some 2,000 years earlier than it had been believed early man had settled in the Americas. Blackwater Draw is among the first places these points were found and provides some of the best dated examples.

While there is ample evidence of tools made by early man and the remains of mammoths, bison and other animals the killed and ate, the site has thus far yielded no human remains; and it is generally believed that while the hunted in the area which, as it had ponds and lakes, attracted prey they could hunt … but also predators which they wanted to avoid … but they lived at some as yet undiscovered nearby site(s). 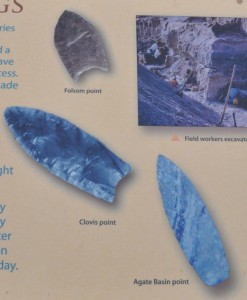 From a non-scientific perspective, the major differences between Clovis and Folsom points include; the Clovis points are typically longer, the Folsom points have a more pronounced curve at the base and the flutes along the sides are more refined on the Folsom points. 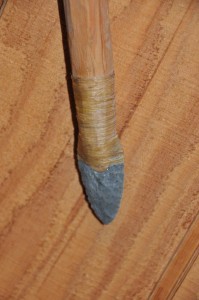 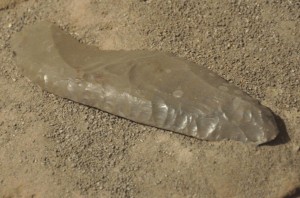 Among the many animal fossils are many of the Colombian Willy Mammoth. 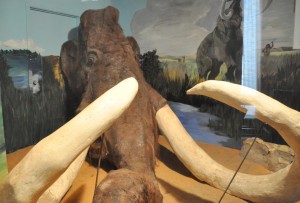 Replica of Head and Tusks 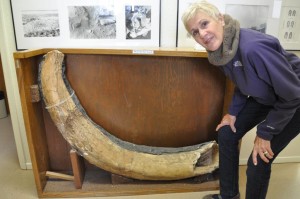 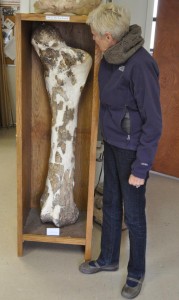 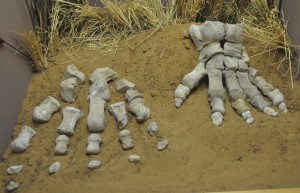 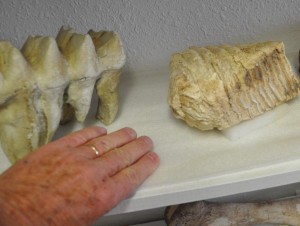 While at the Museum, we saw one of the most unusual Airstreams we’ve seen 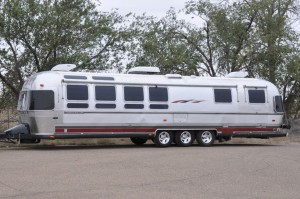 A Limited … only made for two years

Leaving Portales, where the Museum is located, there was an F-111 in front of a service station 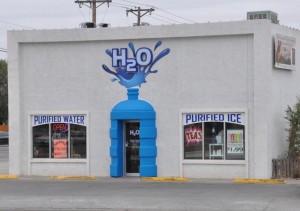 From there we headed southwest along US-70 … one of the boring and desolate stretches of road we’ve been on in recent years. 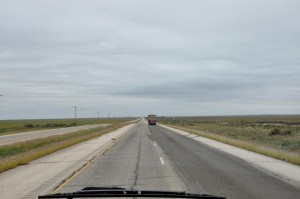 The highlights of this 100+ mile stretch of highway included 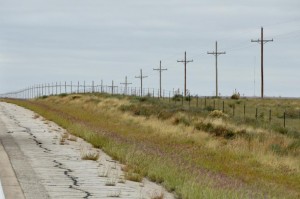 Miles and Miles of Utility Poles 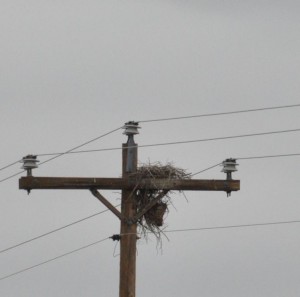 A Lone Bird Nest Atop a Utility Pole 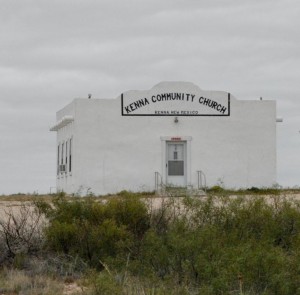 The only building in Kenna, NM … and there were no other signs of life of human habitation anywhere nearby 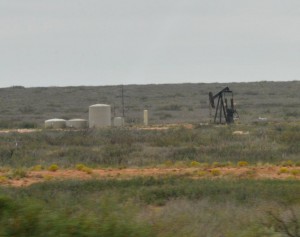 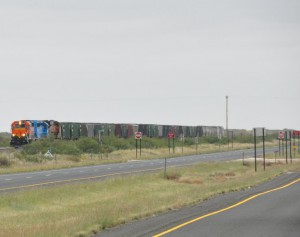 a half dozen abandoned houses 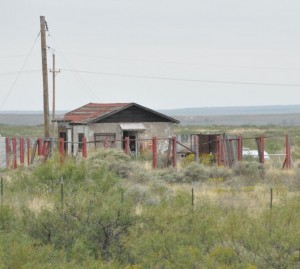 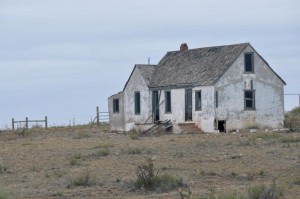 After arriving in Roswell and settling in to our campground, we struck out for the town’s most renown tourist trap … 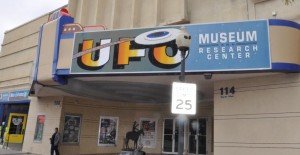 After her stage debut in Branson, Debbie figured if she made friends with one of the locales we might get some special treatment. 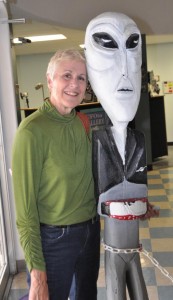 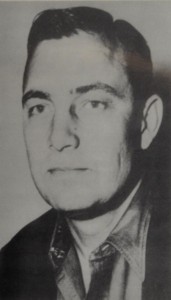 Kenneth Arnold “spotted” UFOs on June 24, 1947.  It continues with “evidence” of a massive, decades-long government cover-up.  In additional there are many fun exhibits 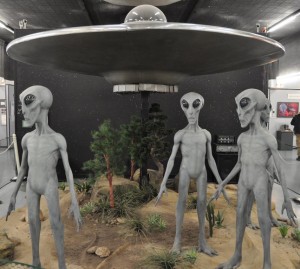 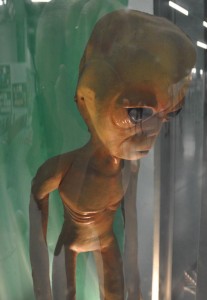 and then there was the research center … where some people take this subject very seriously. 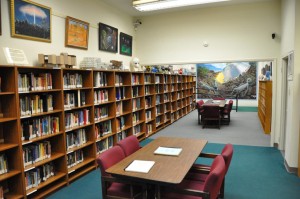 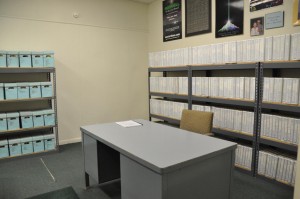 I prefer to remain an unbeliever!

This entry was posted in Roswell, NM. Bookmark the permalink.