This morning we went back to Old Town Branson to visit a local museum in which the history and evolution of the town is presented in an hour-long video.  There are also some of a few exhibits including a 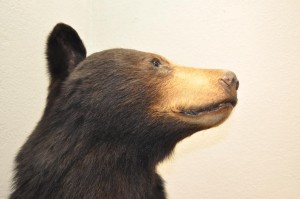 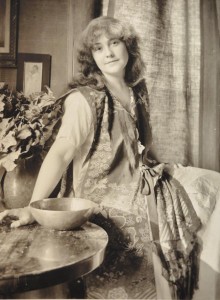 Photos and information on Rose O’Neill, one of America’s foremost female illustrators of her day as well as an artist, writer, poet sculptor and suffragists and philanthropists. In 1909, she created the Kewpie Doll, which became a world-wide phenomenon. 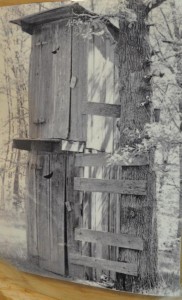 A photo of the world’s only two-story Outhouse … one place you definitely do not want the lower berth!

From there we made a pit-stop at the RVers favorite outlet, Wal-Mart … where we saw a real live “Wal-Mart Shopper”. 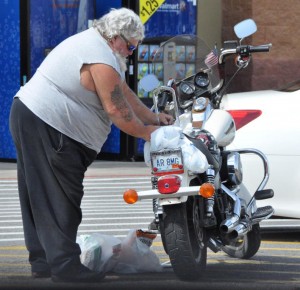 The next several hours we kicked around our campground until time to leave for an early dinner and show cruise on the Table Rock Lake aboard the Showboat Branson Belle. 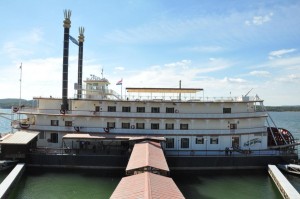 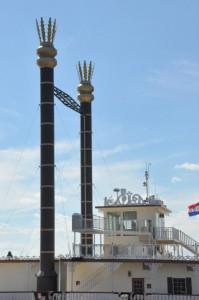 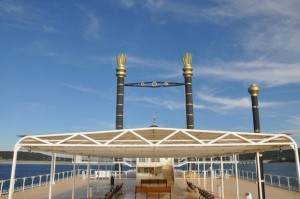 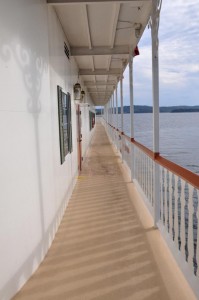 The show was the best we’ve seen.  The MC, Christopher James 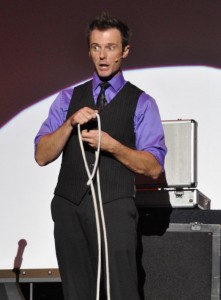 Is a comic and magician, and excellent in both capacities.

One of the performers was a graduate of the Julliard School, who, interestingly after graduation enlisted for a three-year stint in the US Army.  Janice was amazing, not only is she an accomplished singer, pianist, violinist and trapezest, 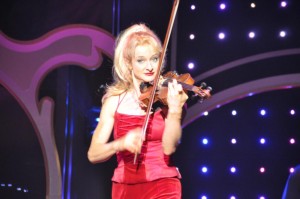 she also performs part of her act high above the stage, reminiscent of Cirque du Soleil. 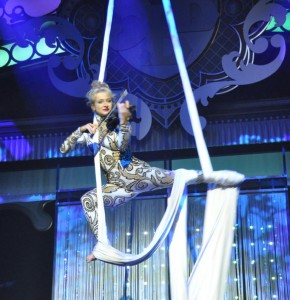 There was also an excellent quintet of male singers, The ShowMen. 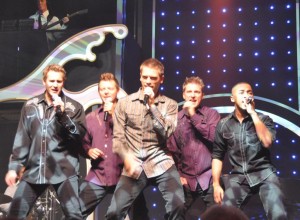 Then, came the highlight of the evening, Chris James came down to the audience to select an unsuspecting (and in this case, reluctant) soul to join The ShowMen onstage.  Guess who “won” the honor to be crooned in a series of popular romantic and live songs? 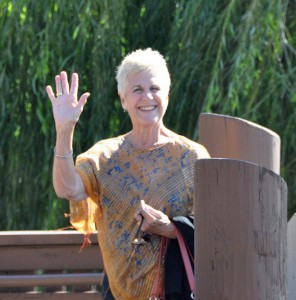 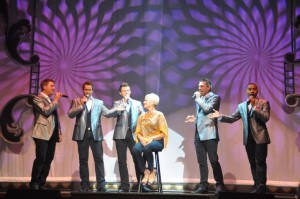 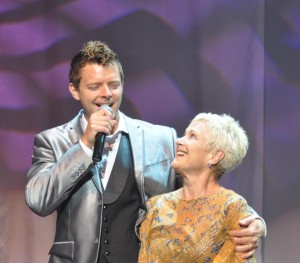 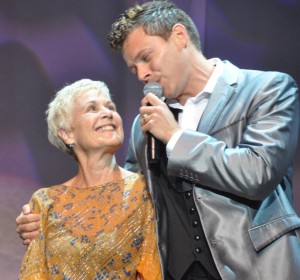 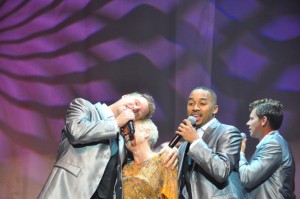 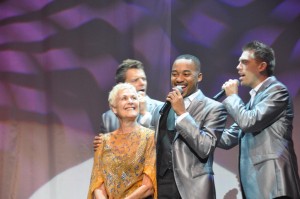 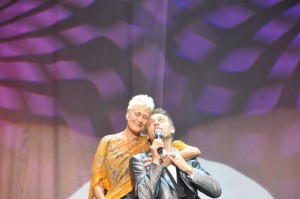 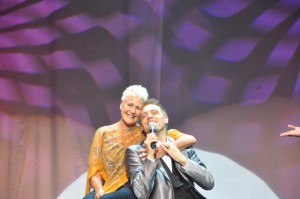 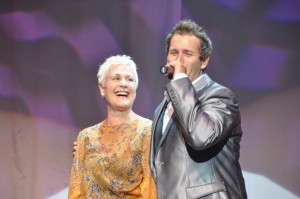 Finally, her time in the spot light ended to a rousing ovation! 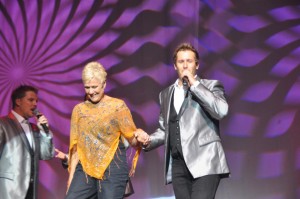 This entry was posted in Branson, MO, Showboat Branson Belle. Bookmark the permalink.