Two shows highlighted our first full day in Branson.  The first was an afternoon performance of The Cat’s Pajamas who were performing at the Andy Williams Moon River Theater 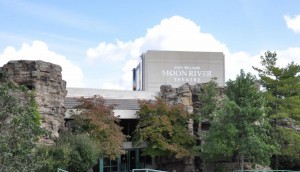 where the marque reflected the feelings of the theater’s cast and staff at yesterday’s passing of Andy Williams. 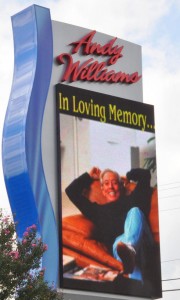 Voted Branson’s Best Group and recently seen on NBC’s The Sing Off, The Cat’s Pajamas (ranked as the #1 how in town) in an incredibly high-energy group of young men (ages 25 to 33) guys who don’t need instruments. 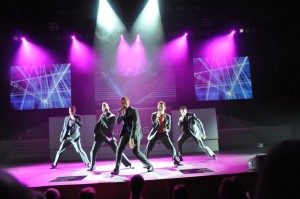 They create thousands of sounds using only their world-class voices!

Together they create the full sound of a band bringing a modern acappella twist to their selection of chart-topping, timeless hits spanning the last 60 years. 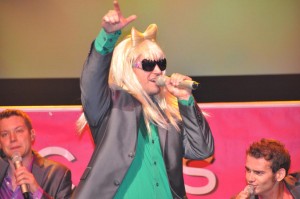 And, like the other groups we’ve seen so far, they are very interactive with an available to their audiences, before, after and even during their shows. 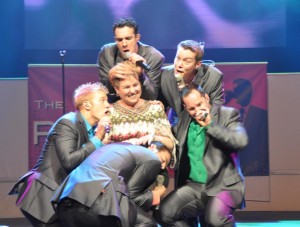 This evening we attended Six (rated #1) another acappella group of six (of ten) actual brothers. 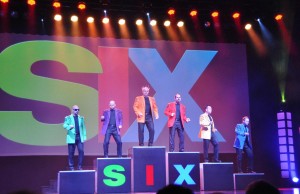 Theirs is an all music (zero instruments) show punctuated with some very funny comedy. 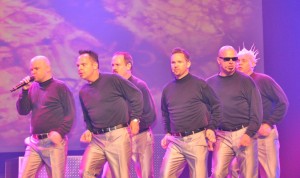 As with The Cat’s Pajamas, they are able to replicate any need for accompanying back-up music with their incredibly-talented voices.  The selections range from classic rock to contemporary to gospel. 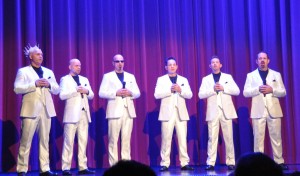