Today is our 365th day on the road since we took up RVIng just under three years ago!  It is also a drive to our final destination before joining our Alaska caravan friends in Branson, MO for our reunion on Thursday.

What we hoped would be no more than a four hour drive turned out to be somewhat longer than anticipated when we were tied up in two long traffic tie-ups due to accidents.

The first lasted over 45 minutes before the traffic was diverted on a 10 mile detour around the accident scene.  Those unfortunate souls who were past the exit were in for a still, longer wait! 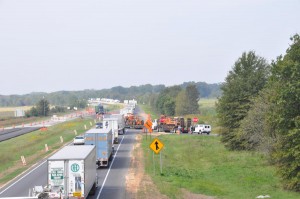 The second accident was caused by a semi crashing into a river in a construction zone (sorry the picture is a bit out of focus but we only saw it at the last minute). 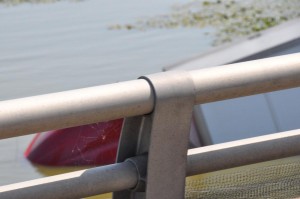 You can see the red cab almost completely submerged

Within a few miles of the second accident, we saw yet another semi which had flopped over on an entrance ramp to the highway, fortunately heading in the opposite direction to which we were traveling. 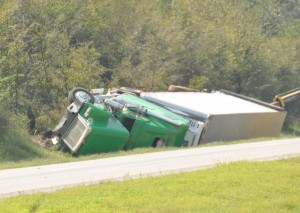 The topography east of Little Rock, the landscape is very flat. 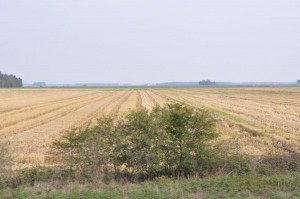 with nothing to break the strong southerly wind, 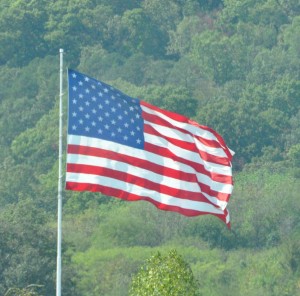 Hitting our motorhome broadside buffeted us most of the way.

Other than an old, rusting train bridge which was able to be raised to accommodate boat traffic, 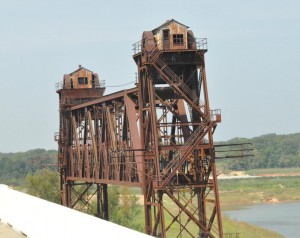 the landscape was dotted with the many predictable sights. 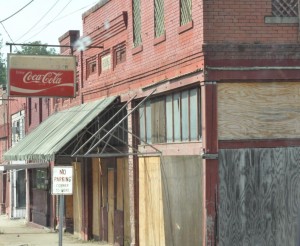 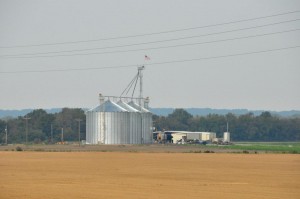 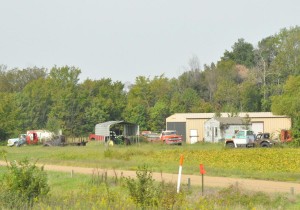 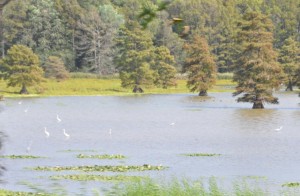 Between Little Rock small hills begin to appear as we slowly approach the southern Ozarks.

Our lakeside campsite at Lake Dardanelle State Park in Russellville, Arkansas was beautiful 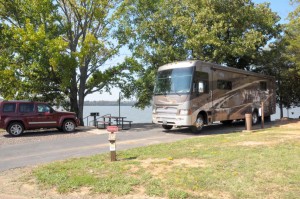 and where we spent the afternoon reading and sipping wine. 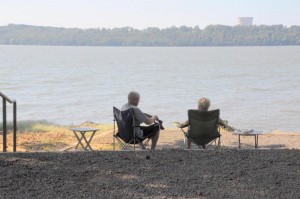 Yes, that is a nuclear plant in the distance

The tranquility lasted until a yellow jacket landed on my wine glass and stung me on the lip when I failed to notice its presence when attempting to take a drink.  Heroically, Debbie beat the “sucker” to death with her sandal while I went after some ice to relieve the pain and keep any swelling down.

We then had to suffer through a gorgeous sunset! 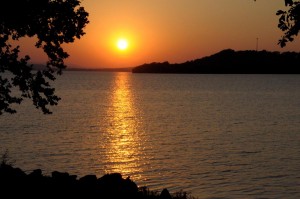 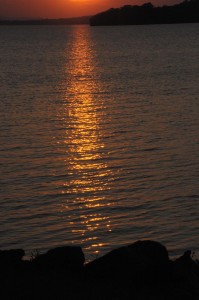 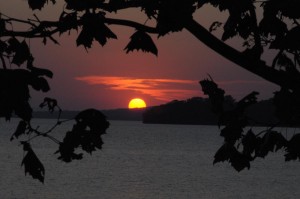 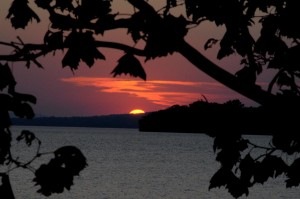 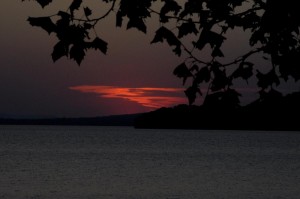