We woke to wind and fog.  The road from Lubec to Calais was narrow, uneven and generally in awful shape!  And, despite the overcast, the colors were still vibrant. 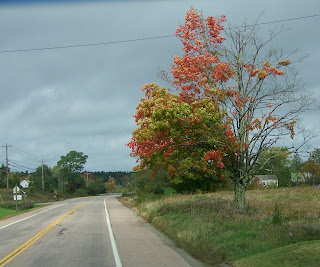 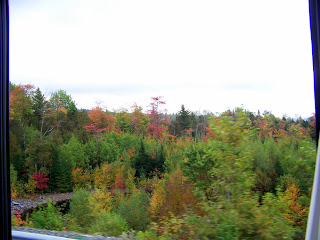 Once we crossed into St. Stevens Canada, however, the road was vastly improved dramatically.  And, while we still had lots of color 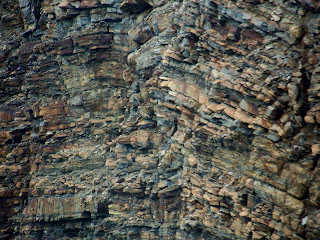 the weather remained fickle … ranging from mostly cloudy to 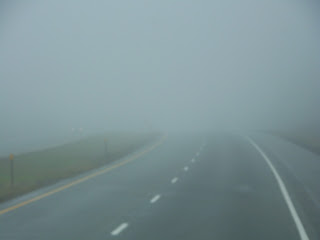 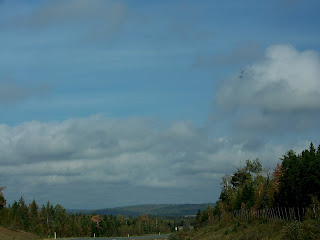 The drive through Fundy National Park was pretty but not spectacular.  It ended is the small fishing village of Alma.

The drive from Alma to Hopewell Cape became more interesting as we began to get glimpses of the Chigneeto Bay (which forms the northeastern portion of Fundy Bay) and vast marshes which line much of its upper western shore. 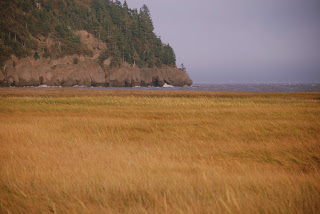 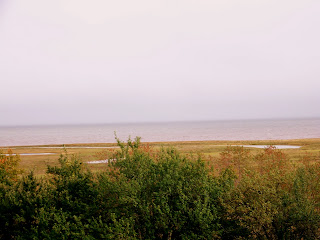 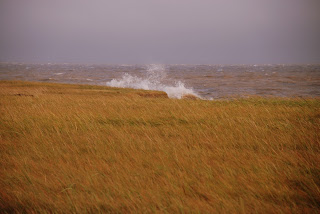 Walking on those marshes is like walking on a wet sponge. You bounce along like you would on a trampoline, occasionally (as Debbie did) sinking ankle deep in to muddy water.

Our campsite for the next three nights provides us with an unobstructed view of the marsh, bay and famous Hopewell Rocks (where the tidal range is close to 53′ … and which we plan to visit tomorrow). 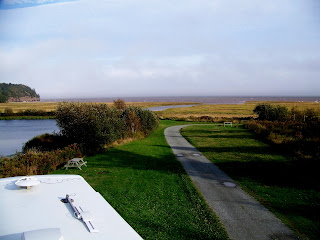