With the forecast of deteriorating weather beginning late afternoon, we got an early start for the two-hour drive to Baddeck at the southeastern end of the famous Cabot Trail, a scenic highway.  The route measures 185 miles in length and completes a loop around the northern tip of the island, passing along and through the picturesque Cape Breton Highlands.

Approaching the Trail, we passed through several areas of fog which painted some beautiful scenes as it lifted. 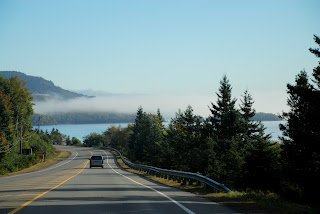 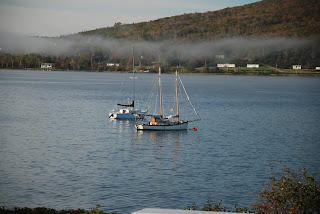 We opted to take the less-driven, counter-clockwise route; which proved a correct decision, both for the views and sum position for taking pictures.

Before reaching the dramatic cliffs and ocean vistas, we passed some beautiful ponds reflecting some of the waning foliage color. 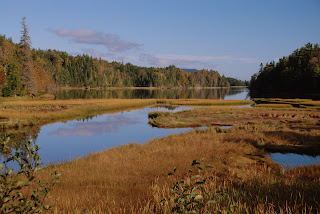 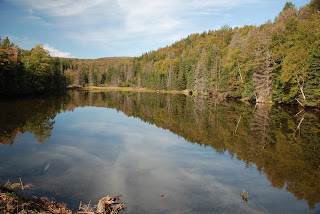 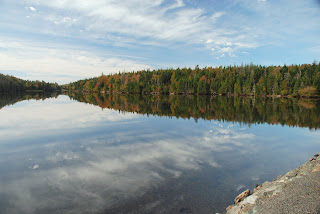 However, our first stop was occasioned by 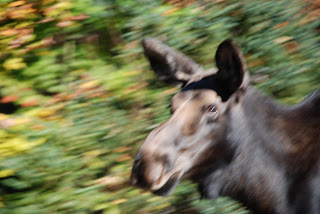 just three feet from our car window.
Our next delay was the first of what turned out to be the first of half dozen encounters with 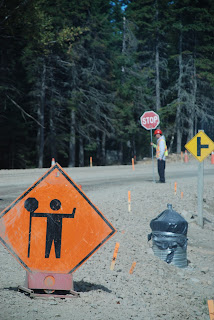 each of which were one-way delays … which we seem cost us up to 15 minutes each.

Finally, the road climbed and we began to have some views of the Atlantic Ocean below

and some great views opened up. 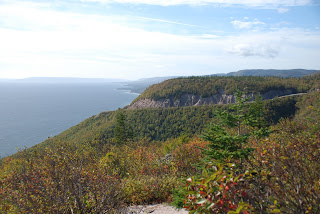 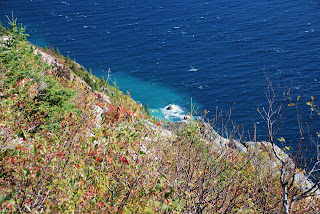 The road then descended to near sea level as it wound its way around a number of bays, inlets and small villages. 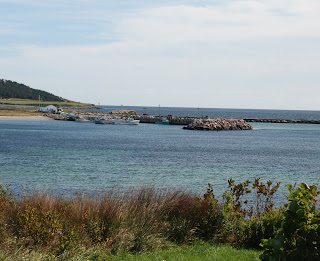 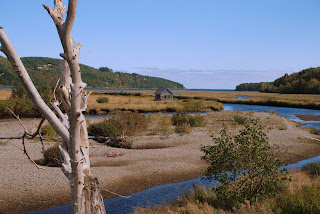 Our roller coaster ride continued, climbing to as high as 1,500′ and as low as a few feet above sea level. 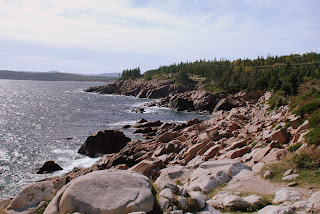 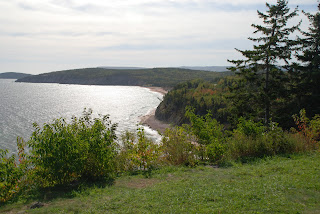 At Neils’ Harbor, we stopped to see one of the many lighthouses 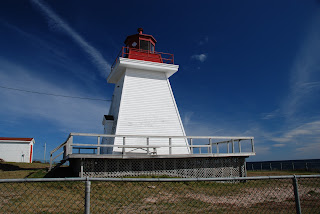 and a small man-made harbor shielded by a jetty built with rocks the size of a car. 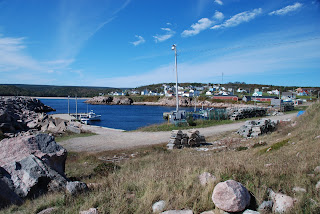 After driving inland across the north end of the Cape Breton Highlands National Park of Canada, we emerged on the northwest coast at Pleasant Bay and the coastline again became a series of one great view after another. 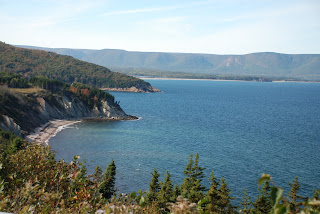 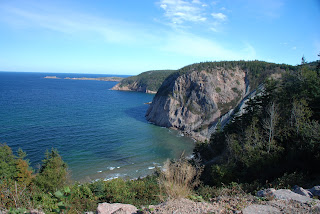 The road continues to wend its way up and over two 1,400 mountains and along the coast 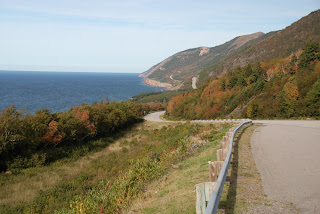 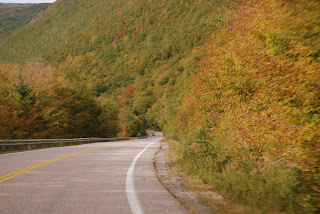 With the sun now in front of us, the silhouettes were spectacular. 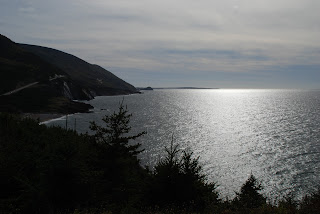 The village of Chéticamp, we ran across a few more interesting homes. 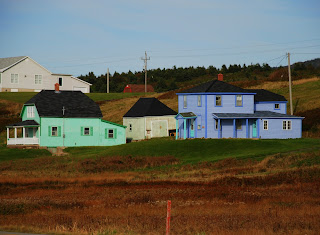 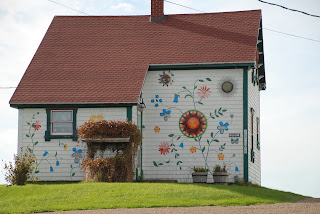 From there, we got one more ocean view 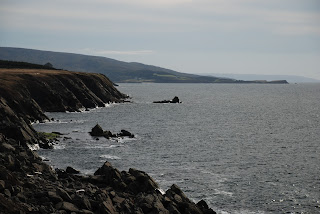 before returning back across the island to our starting point.

This evening we checked into the Telegraph House in Baddeck and spent the night in the room once used by Alexander Graham Bell, who made the town his Canadian home … albeit, there was no TV in the room at that time.