Friday – Our trip from Lake George to visit our former next door neighbors in Williamstown, Vermont snaked over a number of secondary roads which wound through farm country, several small towns …. some with unexpected bridges … 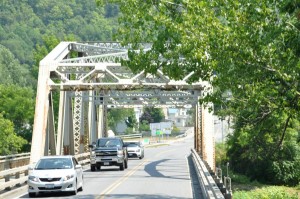 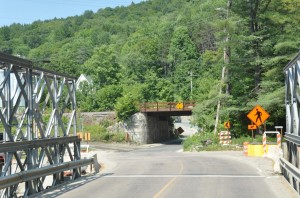 and saw some of the still visible devastation and downed trees from the flooding of the White River caused by Hurricane Irene, 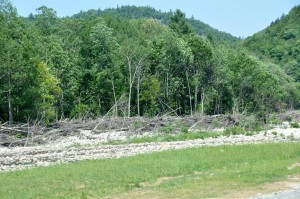 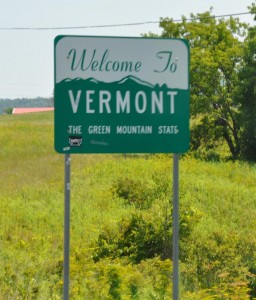 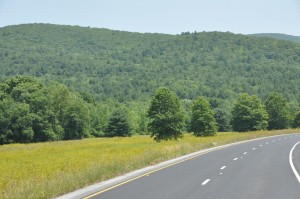 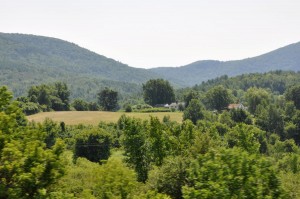 Traveling through Rutland, we landed behind a familiar site if that neck of the woods 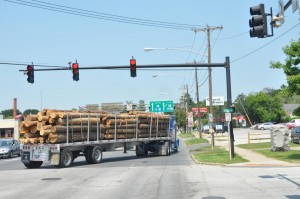 and passed by 4 long-distance Appalachian Trail hikers, heading in-town to resupply from a section I’d hiked many years ago. 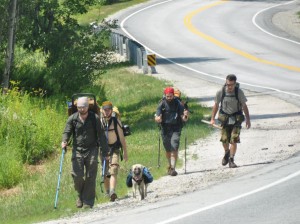 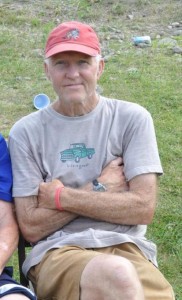 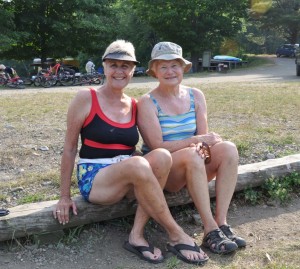 our Wayland, MA next door neighbors from 1972-1976, although now retired, still run a family-operated summer day camp founded by Dorothy’s parents, Lotus Lake Camp, in Williamstown, VT in its 60th season.  Interestingly, John was a camper back in its 1952 inaugural season where he first met his future wife.

The 300+ acres comprising the camp’s property is even more beautiful than when we had visited John and Dorothy there many years ago.  That evening we enjoyed dinner with them and other members of the Martin family who work at the camp or were visiting for the weekend. 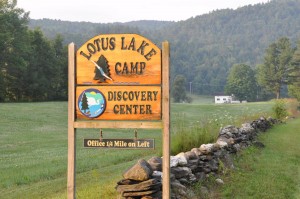 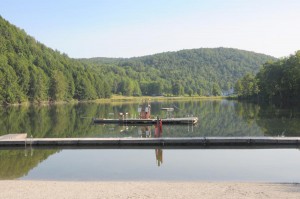 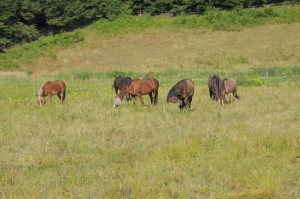 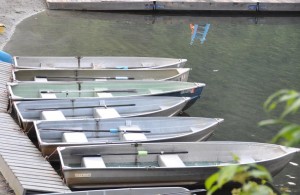 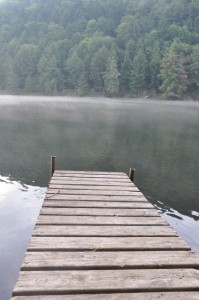 Saturday – Today was the camps’ annual “triathlon”, where family and friends are divided into teams to canoe, mountain bike and run for bragging rights.  I volunteered to participate in the canoe portion with two others handling the bike and run sections. 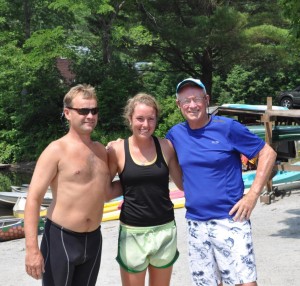 The guy in blue was the oldest participant in the competition! 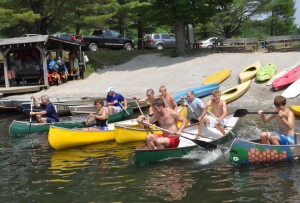 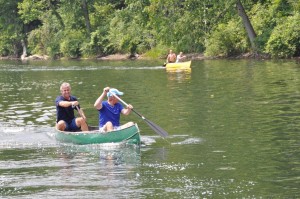 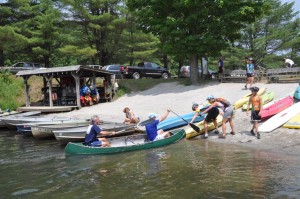 Finishing in second place behind two twenty-somethings in great shape

Still not listening to a body which would be a bit sore the following day, I played in an annual softball game between those who attended “private” and “public” schools. 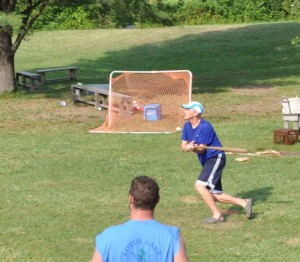 That evening, the four of us had a great dinner in a small, East Brookfield restaurant, 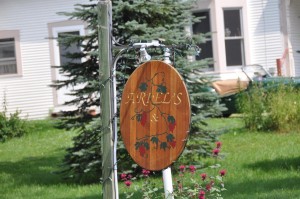 Sunday – We did a bit of local sight-seeing, first, back to the restaurant which sat overlooking Sunset Pond 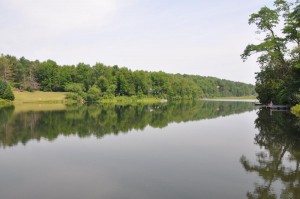 And beside a once-famous, not tourist attraction, “floating bridge”, originally built in 1820.  Although previously open to vehicular traffic, its condition is now such that it can only be crossed on foot. 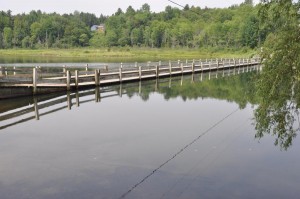 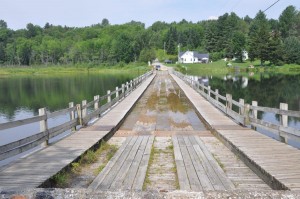 Another “unusual” stop was at a dock where some locals had their moored. 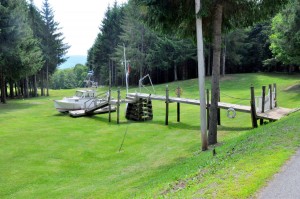 That afternoon, Debbie and I took to the water and kayaked around Lotus Lake 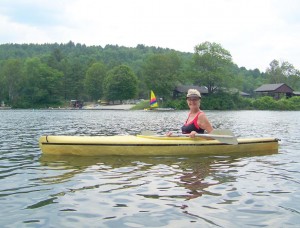 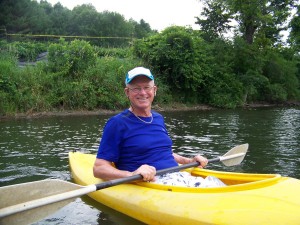 until the thunder and light rain made it prudent to head to shore.

However, we were able to creep up on several birds. 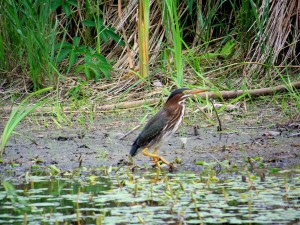 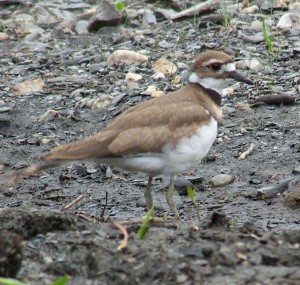 That evening, John’s brother, Jim, and his wife, Jeanne, joined us for dinner … 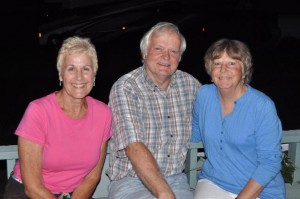 especially nice for Debbie and Jeanne had grown up living just two houses apart on St. Mary’s Street in Newton Lower Falls, MA … also proving once again what a small world it really is!

This entry was posted in Uncategorized and tagged Lotus Lake Camp. Bookmark the permalink.