We took a road trip today with no real destination.

Our first stop was at the end of a long, dead-end Lighthouse Road, where we hoped to find a lighthouse.  Lo and behold, we found it … 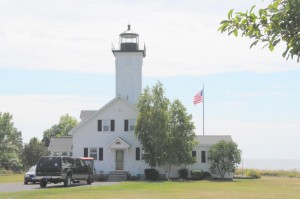 One of twenty such structures running from just south of Niagara Falls north to Ogdensburg, NY at the northern end of the Thousand Islands.  Of those thirteen, including Stony Point, are currently privately-owned and not available to tour.

Next we followed signs to a local museum, which was unfortunately closed, where we saw the first 13-star American flag we’ve seen in a long time 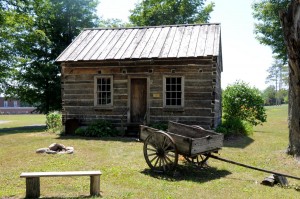 From there, we followed the shore road through Henderson Harbor and on to Sacket Harbor, the location of a British landing and battle during the War of 1812.  Today that battlefield is just another farm where hay and dairy cattle appear to be the main business. 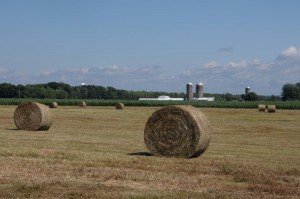 Sacket Harbor, a small but charming town, catering mostly to the tourist traffic, was also a staging base for two naval operations during the War of 1812 and the Navy continued to have an active presence there until the end of World War II.

Driving north along the shore of Lake Ontario, we passed through several small towns, some with interesting buildings, 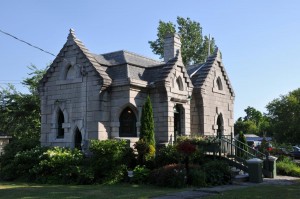 between mostly more farmland, many with old barns, 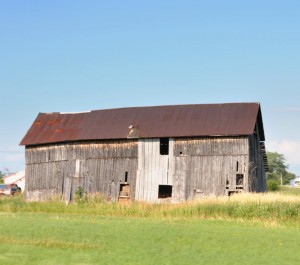 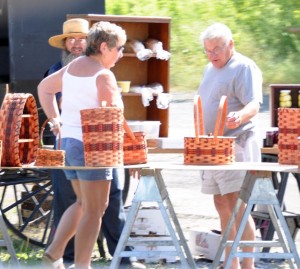 and even an old motorhome. 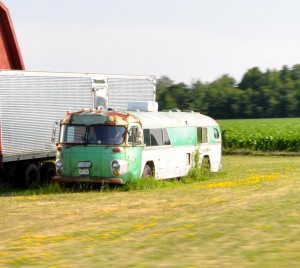 At Cape Vincent, we stopped at the Tibbetts Point Lighthouse complex. 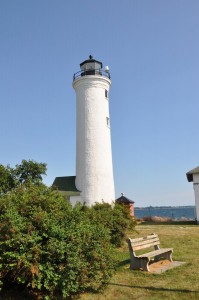 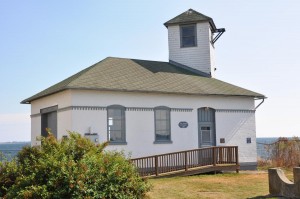 This lighthouse sits at location where the waters from Lake Ontario begin their journey down the St. Lawrence Seaway toward the Atlantic Ocean. 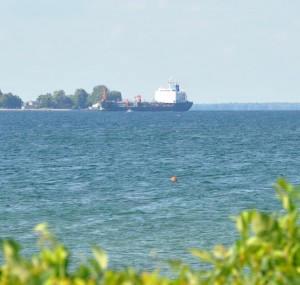 This entry was posted in Uncategorized and tagged Lighthouses, Tibbetts Point Lighthouse. Bookmark the permalink.