Having made the decision to head home starting the day after tomorrow, we decided to take a day trip to Angola, IN and Trine University, one of the top two or three colleges on Taylor’s short list, and which we’d planned to see anyway.   This also gave us a chance to visit with some friends from our “winter home” at Sun N Fun in Sarasota who live in Fort Wayne.

Much of the drive heading north on I-69 was through more farm country. 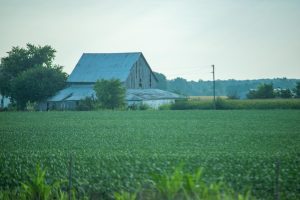 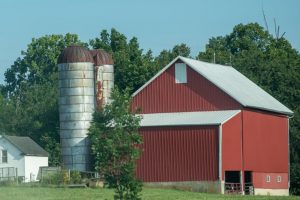 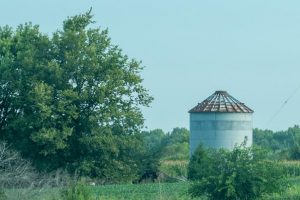 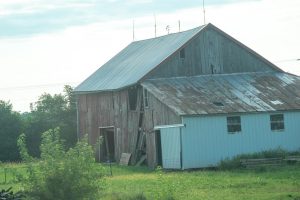 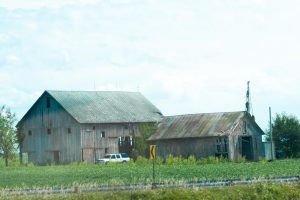 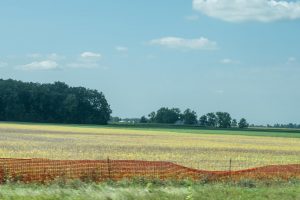 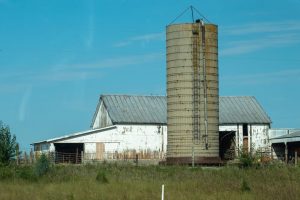 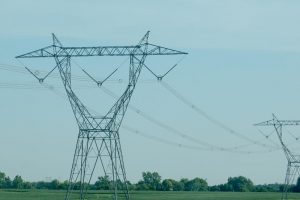 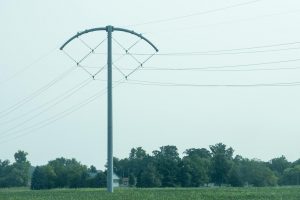 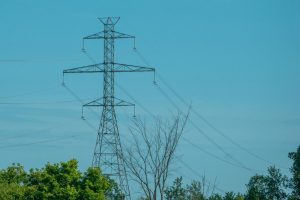 and spotted some community water towers. 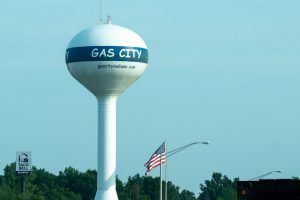 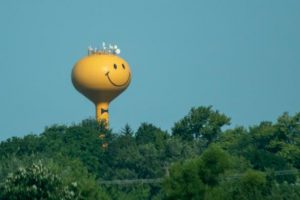 “Old Glory” was also omnipresent in fields and businesses. 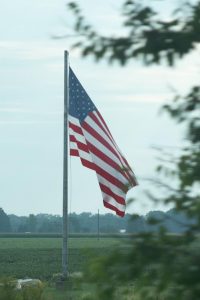 As in other farming areas in many parts of the country, hunting blinds near the edges of the fields are increasingly common. 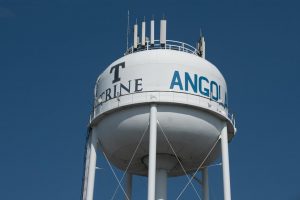 a small college town of 8,612 (2010 census) most notable for its Steuben County Monument in the city center’s roundabout which pays homage to the 1,278 soldiers who fought in the Civil War, and honors the 240 who never returned. 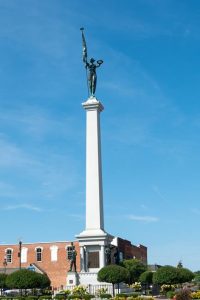 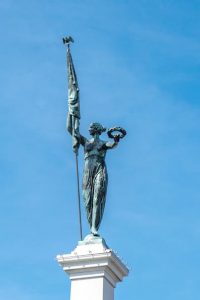 The figure at the top is Columbia, who represents peace. She weighs approximately 1,000 pounds and is 18 feet tall, from the base to the top of her flag pole. The entire monument weighs about 300,000 pounds. The monument is 70 feet tall and its base measures 19 feet 6 inches. 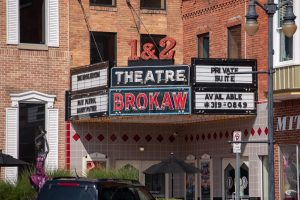 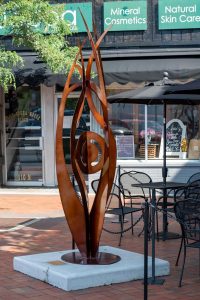 However, our main interest was to visit 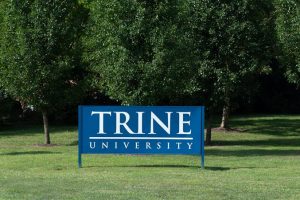 Trine was founded in 1884 as Tri-State Normal College and retained the reference to the “tri-state” area for more than 120 years because of its location in Indiana and proximity to Michigan and Ohio.  In 2008, the school’s name was changed to the Trine University, in honor of Alumnus Ralph Trine and his wife Sheri.

The 450 acre main campus with an enrollment of 4,646 students has a very intimate feel.  With an emphasis on engineering (important for Taylor), the school has made more than $176 million in improvements since 2000. 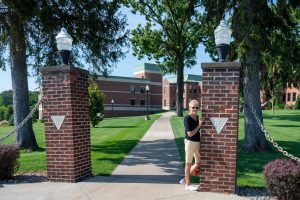 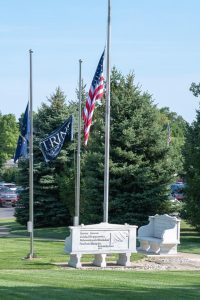 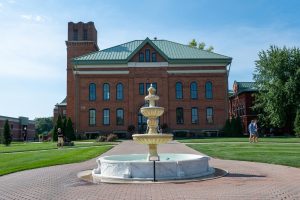 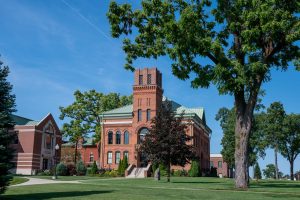 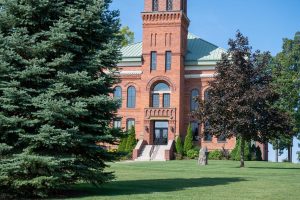 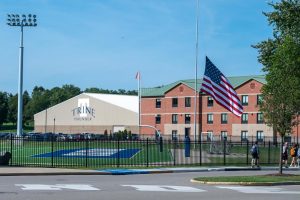 Equally important to Taylor is its synchronized skating program; where she had an opportunity to skate with some of the team during her campus visit earlier this year. 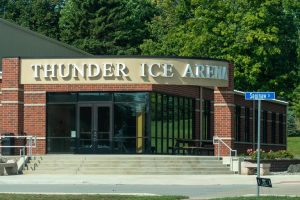 Heading back to Anderson took us through Fort Wayne and gave a chance to spend some time with Phyllis and Jim Clark, friends we see in the winter in Florida. 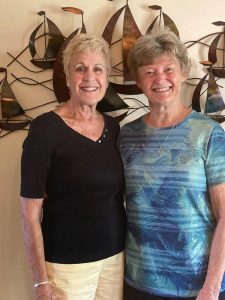 As Jim had spent his career with the telephone company, he had seem many unique phones in his life, one of which is operational and mounted in his workshop. 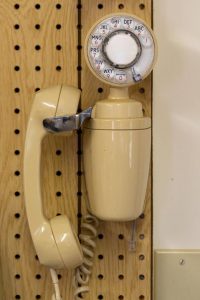 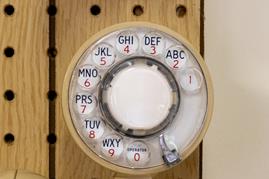 He related a story about showing it to one of his grandchildren who couldn’t figure out how to use it … poking his fingers in the “holes”  hoping it would have the same effect as dialing a cell phone, having no idea it had to be dialed!

Interesting, although in Mike Pence country, we only saw a single 2020 presidential campaign sign. 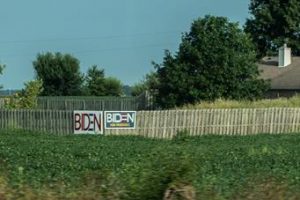 This entry was posted in Trine University. Bookmark the permalink.