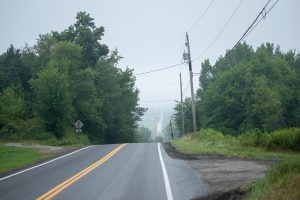 gave way to generally clearing, but not overly bright, skies which was great for driving. 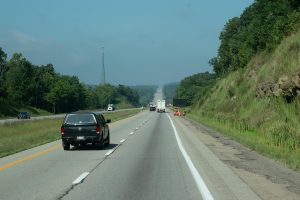 As this was a two Interstate day not much of interest other than many farms, 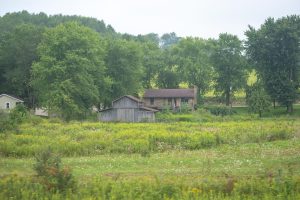 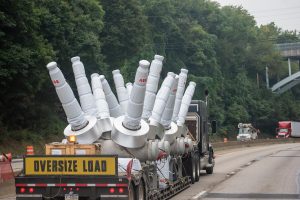 a striking town hall tower in the distance, 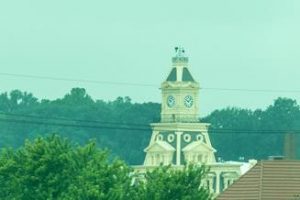 a FedEx slow down 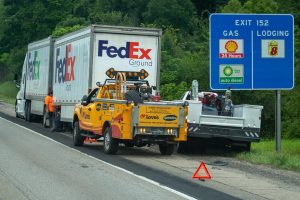 apparently due to a bad tire 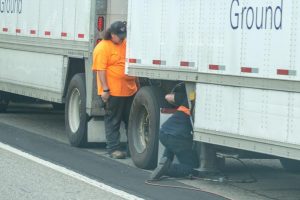 a couple of water towers, 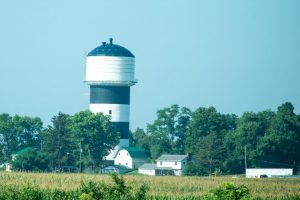 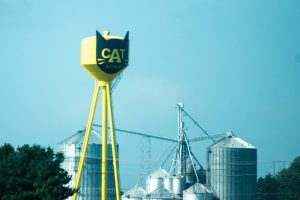 and endless fields of corn. 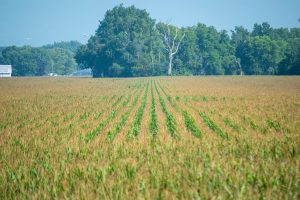 As refueling can be a challenge, we need to find stations where we can #1 get out of the station, #2 get into the pumps and only then worry about the price.  Along many major highways across the country, a significant number of Flying J stations 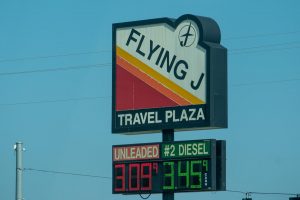 have “RV Lanes” which we try to take advantage of as, between our coach and towed Jeep, we’re just shy of 60-feet in length. Today, however, we were in for a surprise as the RV lanes were being serviced. 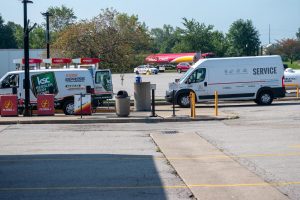 Fortunately, one of the end islands was free and we were able to gas-up with no problems.  Such luck does not occur very often.

Continuing along I-77, we passed under several YELLOW bridges … a color we’d never seen before, 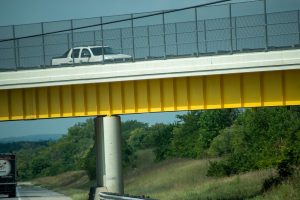 and spotted some, what we gather must have been, controlled fires in a field to our north. 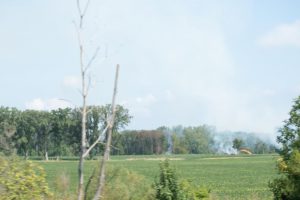 When we reached Wright Patterson Air Force Base, where we’d made reservations at their campground, 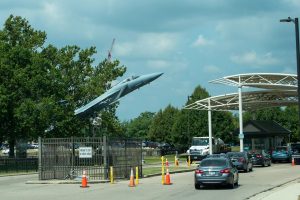 much to my chagrin, I discovered my 37-year old U.S. Navy identification card, which I was given when I retired from the reserves, was out-of-date in this post 9-11 era and we could not gain entrance. However, turning around at the gate was a challenge and one of the sentries had to remove the steel posts so we could turn around. 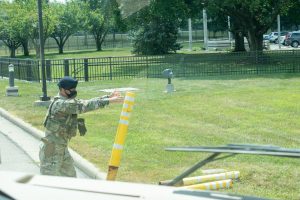 Fortunately, I was able find another campground not too far away. 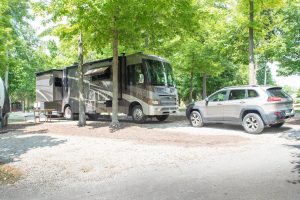 Shortly after getting in to our site, the “heavens” opened up. 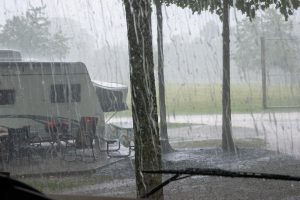 Funny how things work out … a little while later, I got a call form the Wright Patterson campground (who apparently didn’t know we couldn’t stay there) that the power was about to shut off for 12 hours … which we did not have to endure where we were staying.