May 7 – Jacksonville to Dillon SC

Today's 330-mile drive, all along I-95,from Jacksonville to Dillon, SC was our longest on our trip home.  While the skies were crystal clear 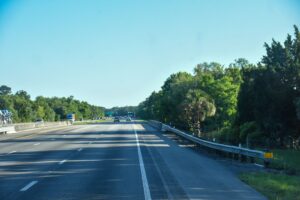 there was a strong and gusty wind from the WNW which buffetted our motorhome the entire day. 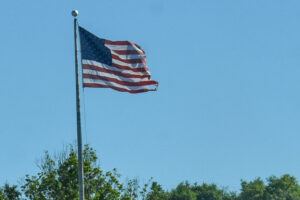 A little less than an hour after getting on the road, 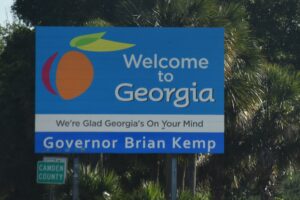 we appraiched the exit where we normally refuel when we noticed 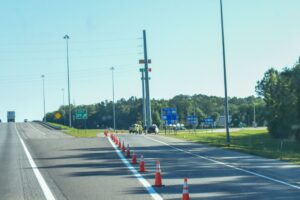 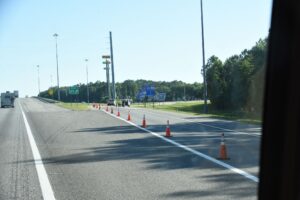 the exit ramp waas blocked.  However, not only was our ramp closed but the entire intersection was shutdown by dozens of state and local police. 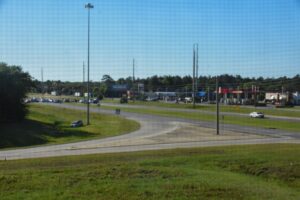 As we crossed the overpass, crouching behind the railing was a police sniper with his rifle secured to a tripod and obviously already aimed at some subject to the east.  Unfortunately, we saw him too late for Debbie to get a picture.

Later on the Internet did we learned the following:

Glynn County Police took a suspect in custody before 2 p.m. today, ending an 8-hour standoff with a man who barricaded himself inside a vehicle on the side of U.S. Highway 17 near Exit 29 off Interstate 95 and claimed to have a bomb, county police officer Earl Wilson said.

Glynn County police negotiators had been trying to persuade the man to peacefully exit the vehicle since the incident began at 5:30 a.m. Friday on the side of U.S. 17 near the Love’s Travel Stop east of the I-95. The Georgia Bureau of Investigation's bomb squad was also on scene, Wilson said. GBI agents approaching the vehicle with a remote-control robot in an effort to communicate with the man and bring about a peaceful resolution, he said.

The Georgia Bureau of Investigation and the Glynn County Police Department appeared to apprehend the man after an hours-long SWAT standoff on Highway 17 near Interstate 95.

Glynn County Police Chief Rick Evans said the department received a 911 call about a car in a ditch along the highway. Inside the vehicle was a naked man who said he had a bomb in the car and threatened to kill himself and others, the caller said.

Officers arrived on the scene minutes later but couldn’t make contact. That’s when SWAT was notified and responded, along with the Glynn County Sheriff’s Office, the Georgia Bureau of Investigation (GBI) and other law enforcement agencies.

A bomb squad vehicle was also on the scene as police attempted to bring the man some underwear to put on, but he did not accept it.

The GBI deployed its robot, which was used to speak and negotiate with him.

Around 1:30 PM one of the crews on the scene heard two shots that appeared to come from an armored vehicle on the highway.

Evans said officers finally made contact with the individual at 1:41 p.m. While on the scene, officers deployed five 40mm gas canisters.

After officers were able to get the man out of the vehicle, Evans said they had to tase him while placing him into custody because he was holding his hands under his stomach.

No one was hurt during the incident. Police have not yet released the individual’s name but did confirm that he is from the area.

During the investigation, officers found that a good Samaritan had stopped to see if he needed help, and that was the person he threatened, Evans said.

After reailzing how low we were on gas, we had a brief moment of panic.  However, the good news; we were able to get gas at the next exit.

The rest of the drive was without incident, passing two cars with messages written on their rear windows, 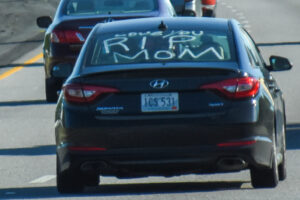 The first kind of sad 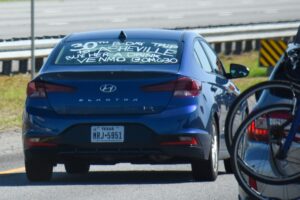 While the second more upbeat

and two classic cars either going to or returning from an auto show, 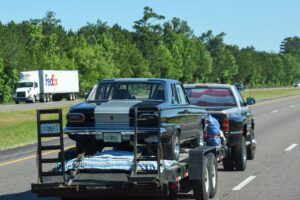 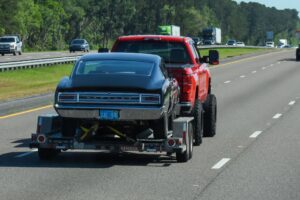 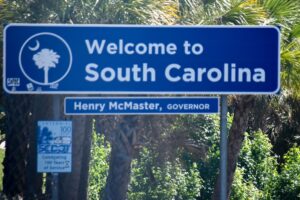 Ever wonder why Governors feel compelled to have their names on highway "Welcome" signs?

Seems that it s nothing more than vanity and free advertising for their next campaign … and ought to be outlawed.

We then spotted a group of Army Good Samaritans who had stopped to help a disabled couple who had broken down. 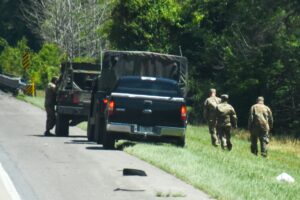 Then, a traffic slowdown for no reason we could at first figure out. 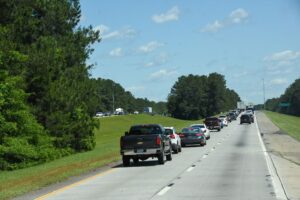 Then, we caught up the rear echelon of the Army convoy which had appropriated the right (grammy) lane traveling at well below the speed limit of 70 MPH. 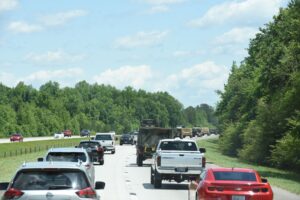 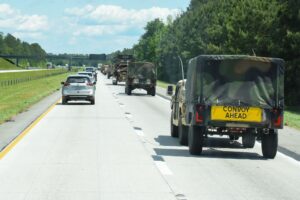 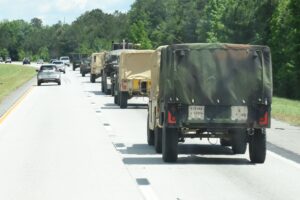 After finally being able to pass the convoy, we enjoyed clear sailing, although wondered about the fellow walking along the road's shoulder, miles from any exits 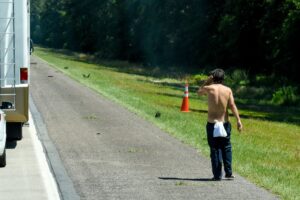 and even briefly following an airplane staircase, a sight rarely seen on a highway. 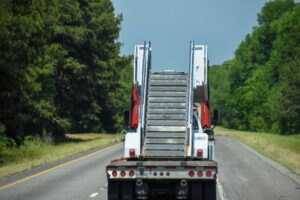 We settled in at a small, but vary nice campground just off I-95 in Dillon, SC. 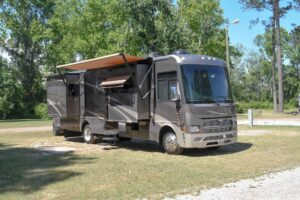