The temperatures have taken a tumble since yesterday afternoon when we saw the mercury reach into the 70os…. tumbling after the afternoon's thunderstorms to belw freezing overnight, resulting in some ice on one of our coach's slide toppers.

Still, we decided on an early start for the drive to Sun N Fun in Sarasota, assuming, rightly as it turned out, that the traffic would be light on this holiday morning. 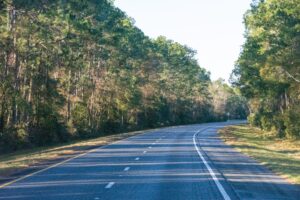 We hadn't traveled very far when we came up on what initially looked like an accident but, fortunately, turned out to be just a flat tire which was being changed. 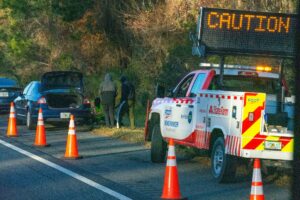 There was some wind, but otherwise the weather was the best we'd seen since leaving home. 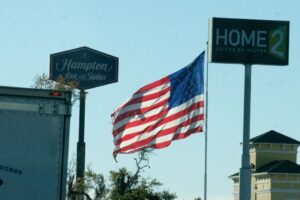 The next vehicle we spotted as possibly being in distress was also not serious, as the driver had just pulled partway into the shoulder before leaving it for reasons unknown to us. 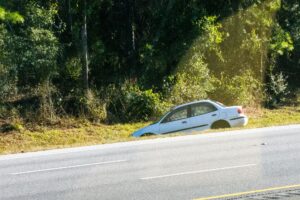 Debbie again began to focus her camera on the back of cars which were racing by us. 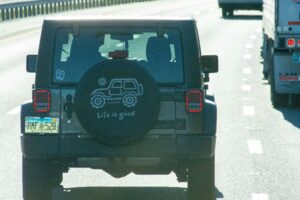 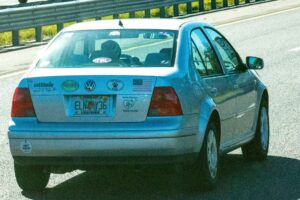 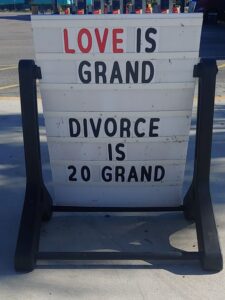 As it is December 25th we were not surprised to have "guess who" wave as we drove past him. 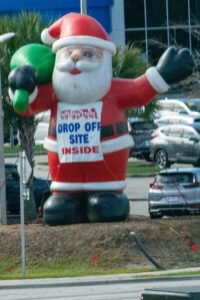 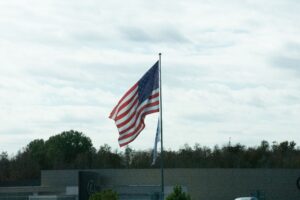 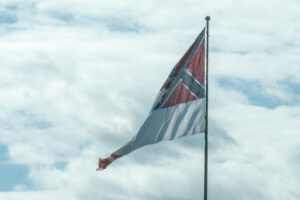 As we turned into Sun N Fun where we'll be spending the next four-plus months, Christmas was on display. 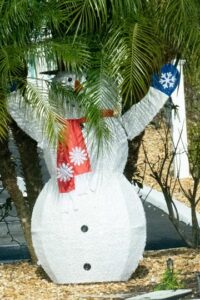 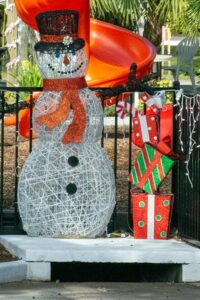 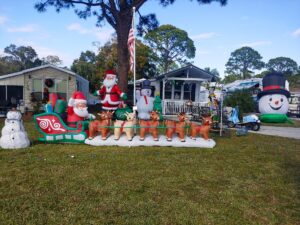 After getting settled in and our utilites hooked up 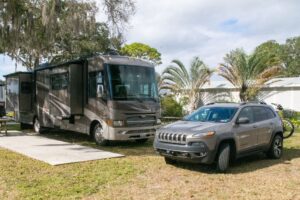 it ws time for our quiet Christmas celebration. 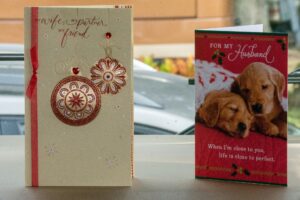 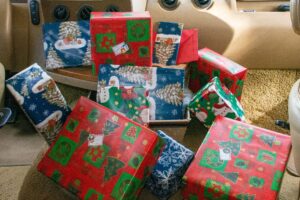 Debbie's brother, Dick and wife Kate graciously brought over Christmas dinner for us.  We then talked with Doug, Nancy and Scott and fmailies, although we have planned a "secret Santa" Zoom call for later tomorrow afternoon.  After dark, one of our immediate neighbor's Christmas lights lit up the area. 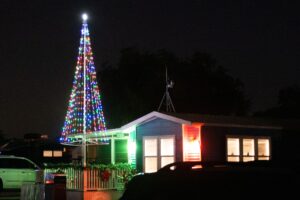