May 26 – Jacksonville to Wade (Fayetteville)

With the weather forecast prediciting moderate to heavy rains from Florida to the Carolinas we again opted for an early (7:15 AM) departure from Jacksonville.  Just before crossing the Georgia state line we caught a view of the diversion of all passenger vehicles entering Florida to determine if they were coming from a COVID-19 "hot spot" which would require a 14-day self-quarantine. 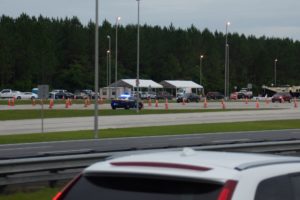 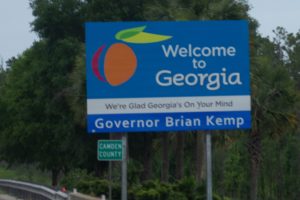 I don't know if you have noticed as you cross from one state to another that, with rare exceptions, notably Virginia, how each new governor spends precious taxpayer dollars to have his/her name on the highway "Welcome" signs?

we passed the first of several motorists having a bad day. 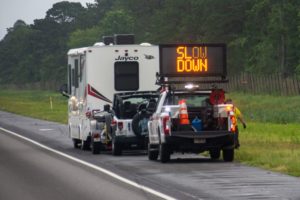 Meantime, the skies darkened and we drove through the first of several heavy downpours 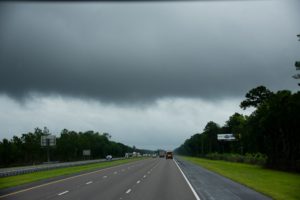 and discovered one of our windshield wipers had a tear.  So, during our first of two stops for gas (we maake it a policy of trying to drive "on the top half of our tank") we needed to replace the defecive wiper. 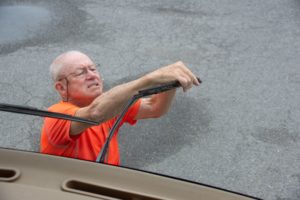 As has been previously mentioned much of the southern portion of the I-95 corridor is a strip of pavement running between endless rows of trees. 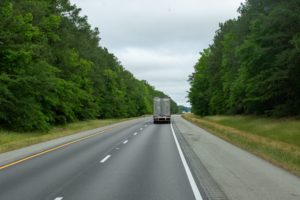 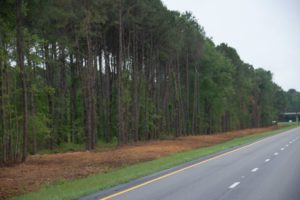 Over the past couple of years, however, the transportation departments in North and South Carolina and Georgia have begun clear-cutting between the northbound and southbound lanes 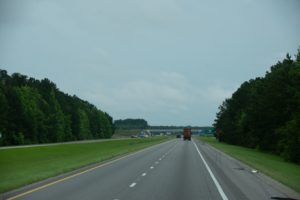 Yet, the chain saw crews have for some reasons known only to them left a few isolated trees 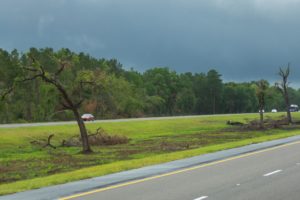 and even some isolated groups of trees. 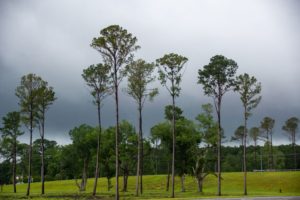 Interstingly, other than at the Florida/Georgia state line, the only police we saw were in Georgia …  and not socially-distancing … while the traffic raced past, many well above the posted 70 MPH speed limit. 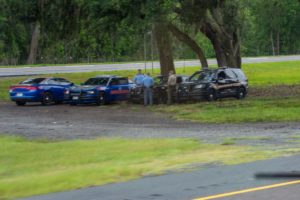 On the road, only a few vehicles seemed ot be of any interest 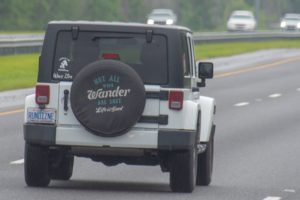 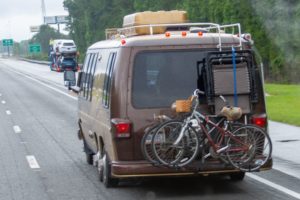 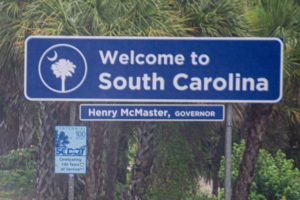 Shortly after leaving Georgia we spotted a number of cars pulled over to the shoulder, so we moved to the left lane 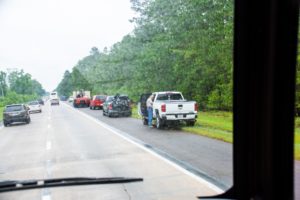 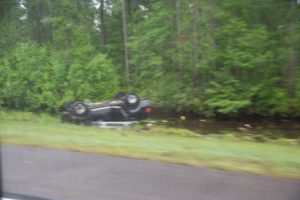 upside down in a water-filled ditch. 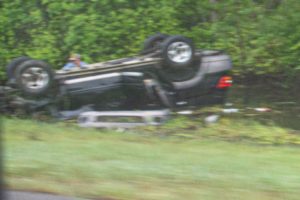 Coming the other way were a number of ambulences and other first-responder vehicles. 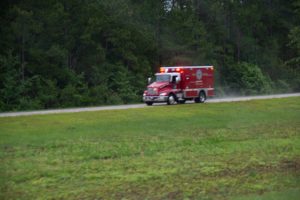 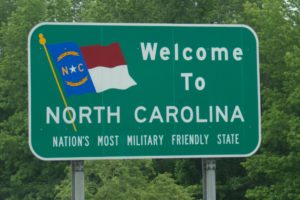 north of which there were many displays of stella doros in full bloom, 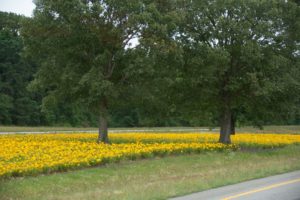 We actually reached our camground in Wade (just north of Fayetteville), NC nearly two hours before we'd planned .. thanks to very light traffic and less rain than had been forecast. 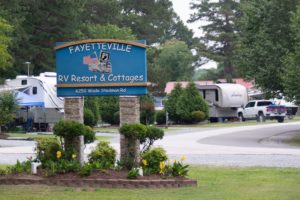 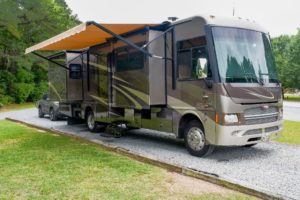