While the governor has been fairly aggressive in "opening" Florida, our day-to-day routine hasn't changed much over the course of the past week.  We still walked every morning, one shopping trip for groceries, and wine (an "essential"),  and I was able to get in a final day of sailing before storing my boat on a friend's air conditione lanai for the summer.

After a winter and early spring of record drought in the area, we have begun to see threatening afternoon skies 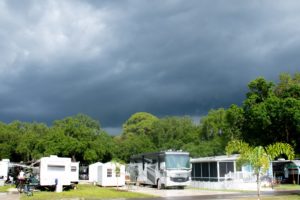 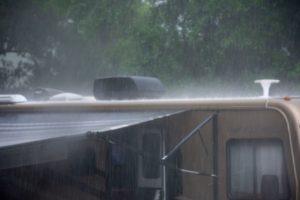 some accompanied by pea-size hail.

Aside form a place to sail, Lake Ibis has provided another attraction 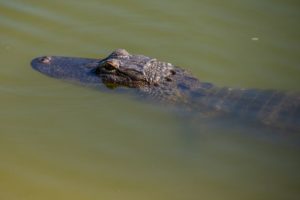 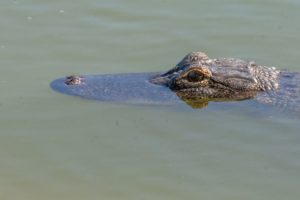 Last evening, there was a Memorial Day themed golf cart parade through the campground. 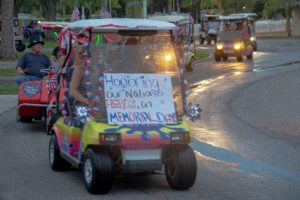 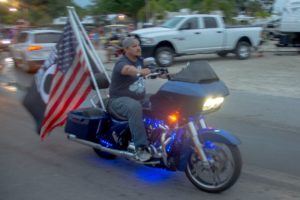 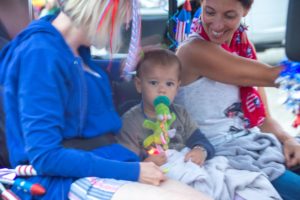 Meanwhile, while stowing away our grill, chairs and other items we've kept outsdie since January and decoupling our sewer hose, the latter I've done literally several hundred times, I backed out too quickly and, in the words of our neighbor in the next site, "I didn't see it but heard it" … as I banged my head on part of our slide rail overhang 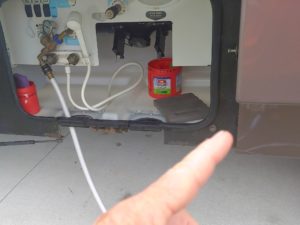 as I nearly knocked myself out, tumbling to the ground.  By the time he and Debbie got to me, my head and hand were covered in blood.  Our neighbors were great … got me an ice pack, paper towels, and even Tylenol.  Fortunately, proving the adage that head wounds bleed profusely proved accurate, the "L" shaped cut on my head was not major. 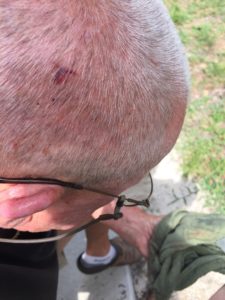 Today we began our trip home, leaving Sarasota aorund 7:15 AM to hopefuly get ahead of any holiday traffic and beat the predicted rains along I-75, I-10 and I-95 corridors we were taking to reach Jacksonville where we're spending this evening.

Happily, we only ran into two relatively short downpours and the winds appear to have been less than forecast.  Under gray skies, there was little new of interest for Debbie to photograph other than a surprisingly large amount of discarded trash along I-75 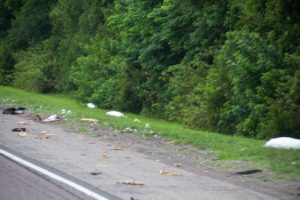 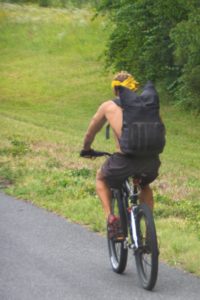 The politics of some drivers is occasionally on display. 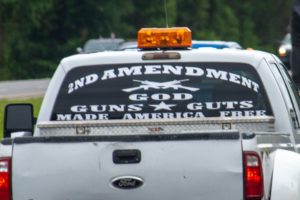 Then there were the predictable breakdowns, 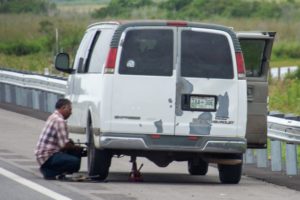 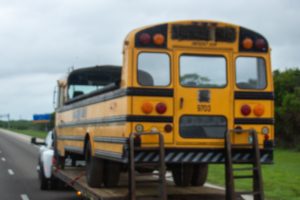 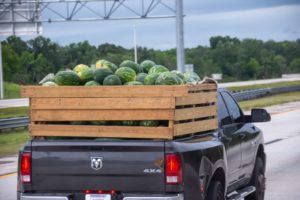 During the years we've been coming to Florida, we've seen lots of wildlife.  However, there are two native species we've not seen in the wild, the shy and elusive Florida Panthers and Black Bears. 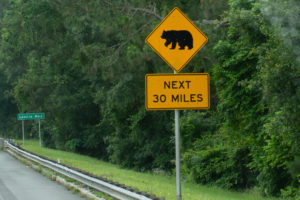 Tomorrow will be a long day, with just shy of 400 miles to reach Wade, NC (just north of Fayetteville).