May 1-9 – A Easy Decision to Delay Heading Home

We have continued to monitor the weather back home.  Despite a three-day warm-up, the temperatures have fluctuated between the mid-30os to the mid-50os … with seemingly one cloudy and rainy day after another and even a dusting of snow.  In addiiton Governor Wolf has decreed that the shelter-in-place edict for the counties in southestern Pennsylvania will continue at least through the next couple of weeks and possibly into June.  When comparing those conditions to where we are situated a Sun N Fun in Sarasota 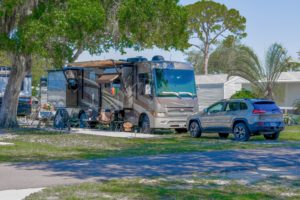 where we wake up to temperatures in the mid-to-upper 60os, take our morning walk under near cloudless skies and watch the temps rise to the mid-70os to low 80os, often with comforting afternoon breezes.  So we have again delayed our departure date to at least May 18th … and as the time gets closer we may even re-evaluate even that timing.

Meanwhile, we missed the pounding of nails during the reroofing of our home. 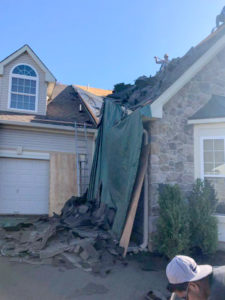 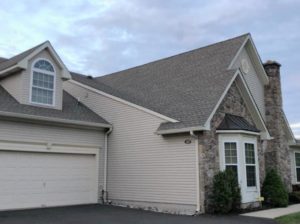 As we rarely leave the campground, other than for a grocery or very occasional other shopping run or rare drive (while remaining in our vehicle), we have been able to stay socially distanced from others not only within the campground but away from the general public in the Sarasota area.  Also significant, of the 3,000-plus people who wintered at Sun N Fun (more than 75% having now left for home) we've not heard of a single case of even one of those people testing positive for COVID-19.  Thus, we feel safer here than pretty much anywhere else.

Meantime, Doug, Scott and Nancy, who when the coronavirus began to spread to Florida were urging us to get home,  now are encouraging is stay put until the weather gets better and Bucks County begins to open up.

During one of our morning walks last week, we ran across the owner of the "hippie bus" (see March 19th – April 3rd Post)", Bill Byer, a surgical nurse who was self-quarraantining, even from his wife and three daughters, after just returning from a three week volunteer stint working in a hospital treating coronivirus patients in Quees, NY.  He echoed Governor Coumo's remarks that Personal Protective Eequipment for medical personnel remains in very short supply. 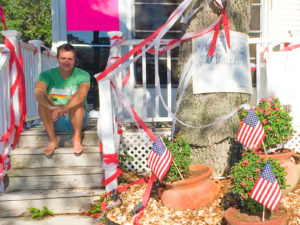 Debbie is back to a daily water aerobics program while I try to sail at least 2-3 times a week. 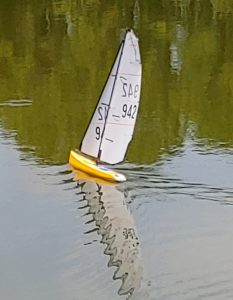 Many evenings, I wander down to Lake Ibis at the end of the street where there have been more glorious sunsets and even some local wildlife. 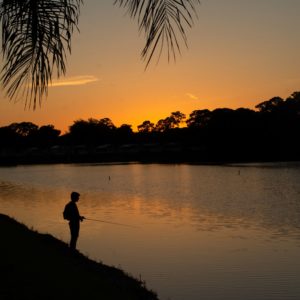 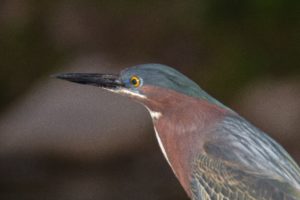 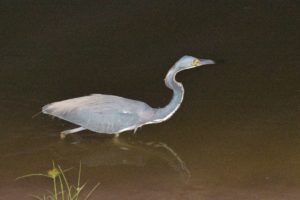 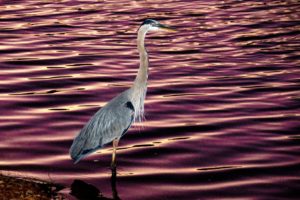 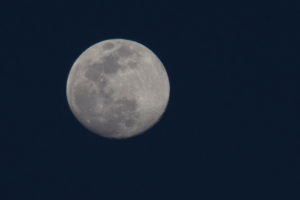 On a recent trip off the grounds, we stopped at JoAnn Fabrics (just opened that day) so Debbie could replenish her supply of yarn.  Social distancing, masks and controling the number of people in the store were evident. 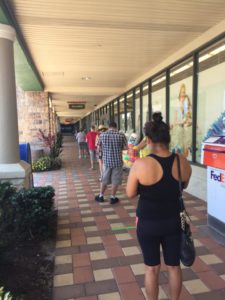 Debbie was number ten in line to enter the store

We also continued a drive through parts of Sarasota and Bradenton we'd not often visited, again, staying within the confiens of our car. 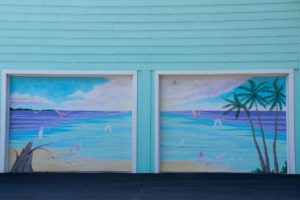 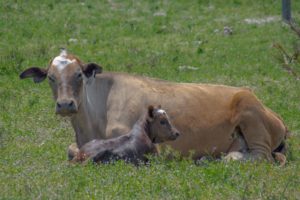 Mother cow with young in an area about to be developed for an up-scale (starting at $600,000) deveopment

There are some 70 new RVs in the park for the Mother's Day weekend, fortunately all of them located in areas of the park away from us.  The young daughter of one of those new visitors proved she was handy and creative with some chalk.

Next weekend, when we'll still be here, a similar number are expected … and then over 270 RVs are due in for the Memorial Day weekend … although we'll likely be gone by then.