Our routine hasn't changed much over the past week, although we have tried to reach out to many friends … all of whom have been equally restricted in their travels and even daily activities.  In parallel, we've heard from other friends from Sun N Fun who have returned to their homes from Illinois to as far east as Nova Scotia.  All seem to be experiencing lousy and cold weather and wished they were still in Sarasota.

Speaking with a neighbor back in Langhorne just yesterday, we learned there was frost on the ground when they woke and Cheryl texted some photos from Cape Cod where there was measurable snow on the ground!  While we sometimes get a bit chilly when we wake to AM temperatures dipping into the low 60os, we get little sympathy from any of our firends or from our family back in PA, NJ and NH!

While we haven't seen the rattllesnake which was reported in the area, we have been visited with some regularity by three cats 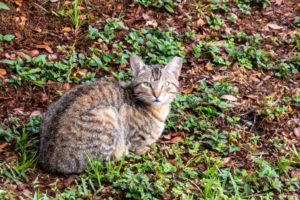 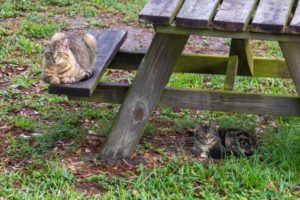 Red-belied Woodpeckers in the tree over our patio, 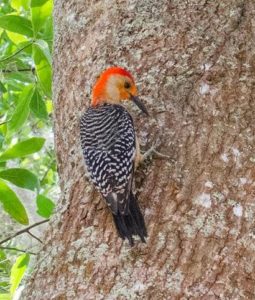 a Tree Frog, this one on the outsider of one of our motorhome windows … although I discovered another which was joining me in the shower one evening, 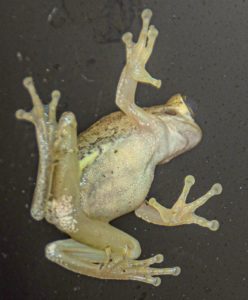 a common garden Kkatydid in a neighbor's daisies, 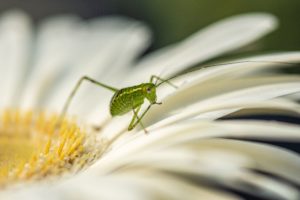 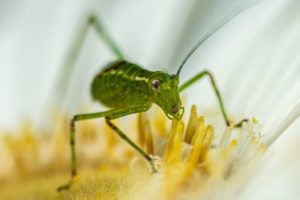 and the ubiquitious gray squirrels. 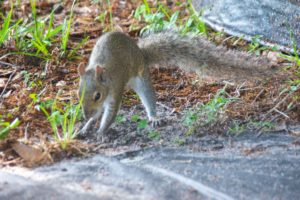 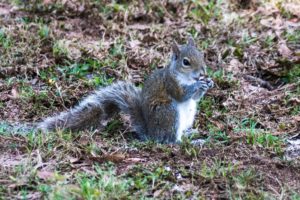 Another evening, I walked down to the end of our street to catch the sunset over Lake Ibis.  Beneath the dock on which I was standing a Yellow-bellied Trutle (I often see many sticking their heads up above the water when sailing) seemingly kept watch on my activities just above him for a good 10 minutes. 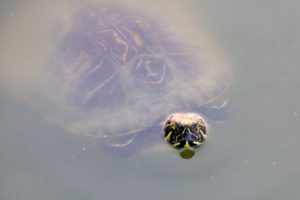 The sunset was [again] gorgeous. 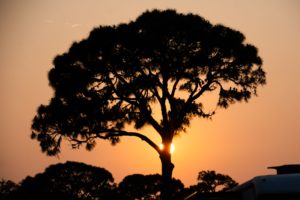 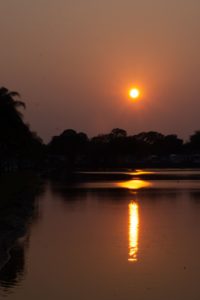 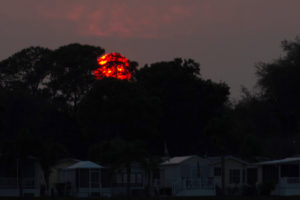 In the fading light as I headed back to our motorhome, some movement on the surface of the lake caught my attention. 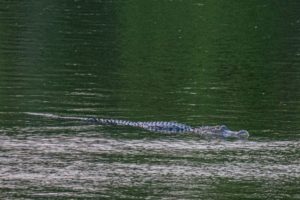 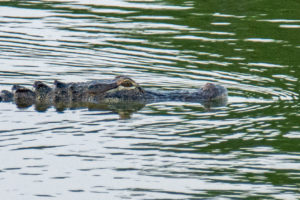 I had heard there were two alligators in the lake this year but not seen either of them until now … this one probably between 6' – 7'.

Meantime, both a neighbor and Debbie brought me jigsaw puzzles.  The 300-pice one went together surprisingly fast 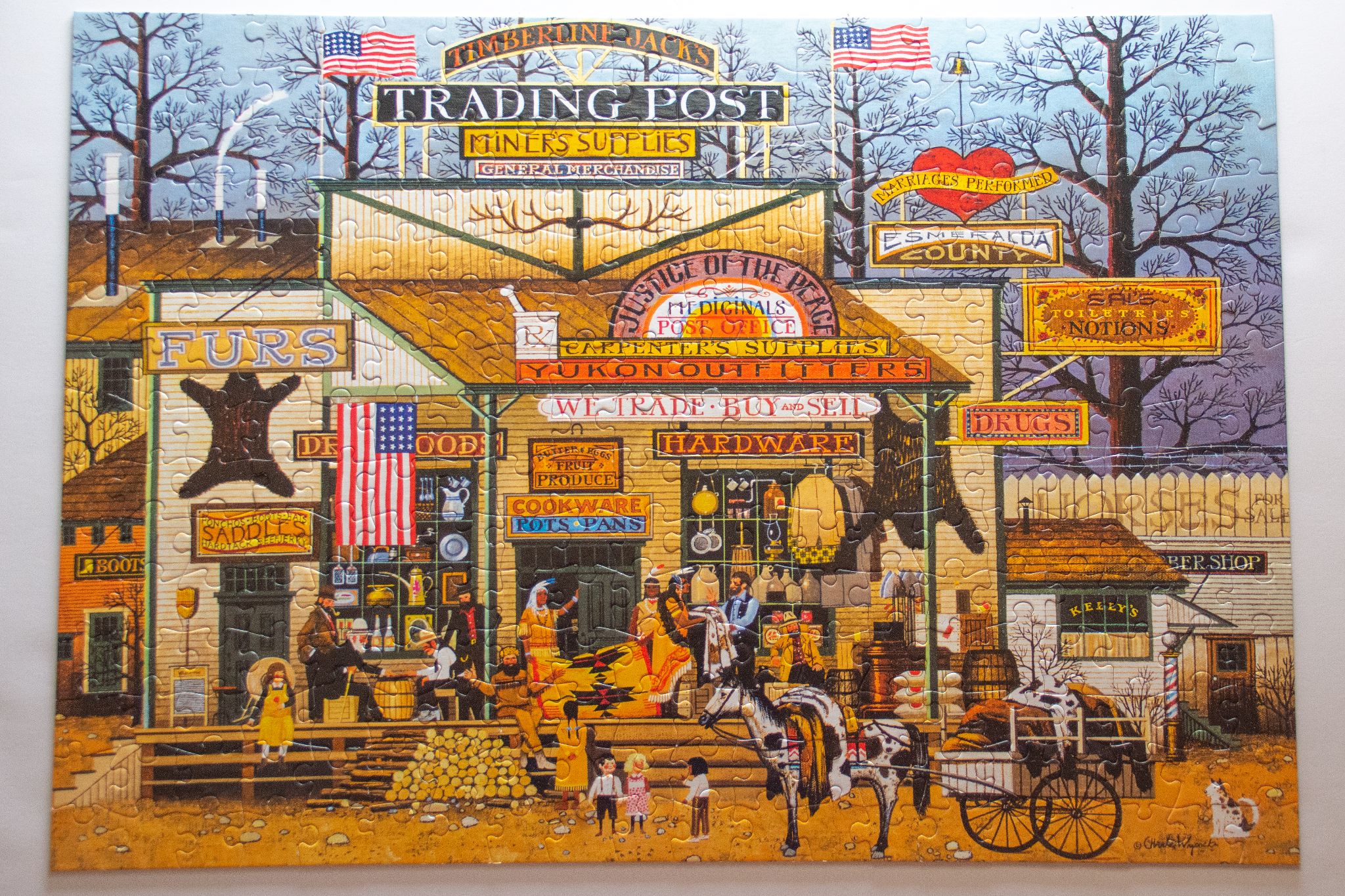 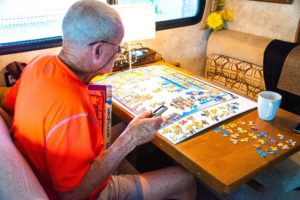 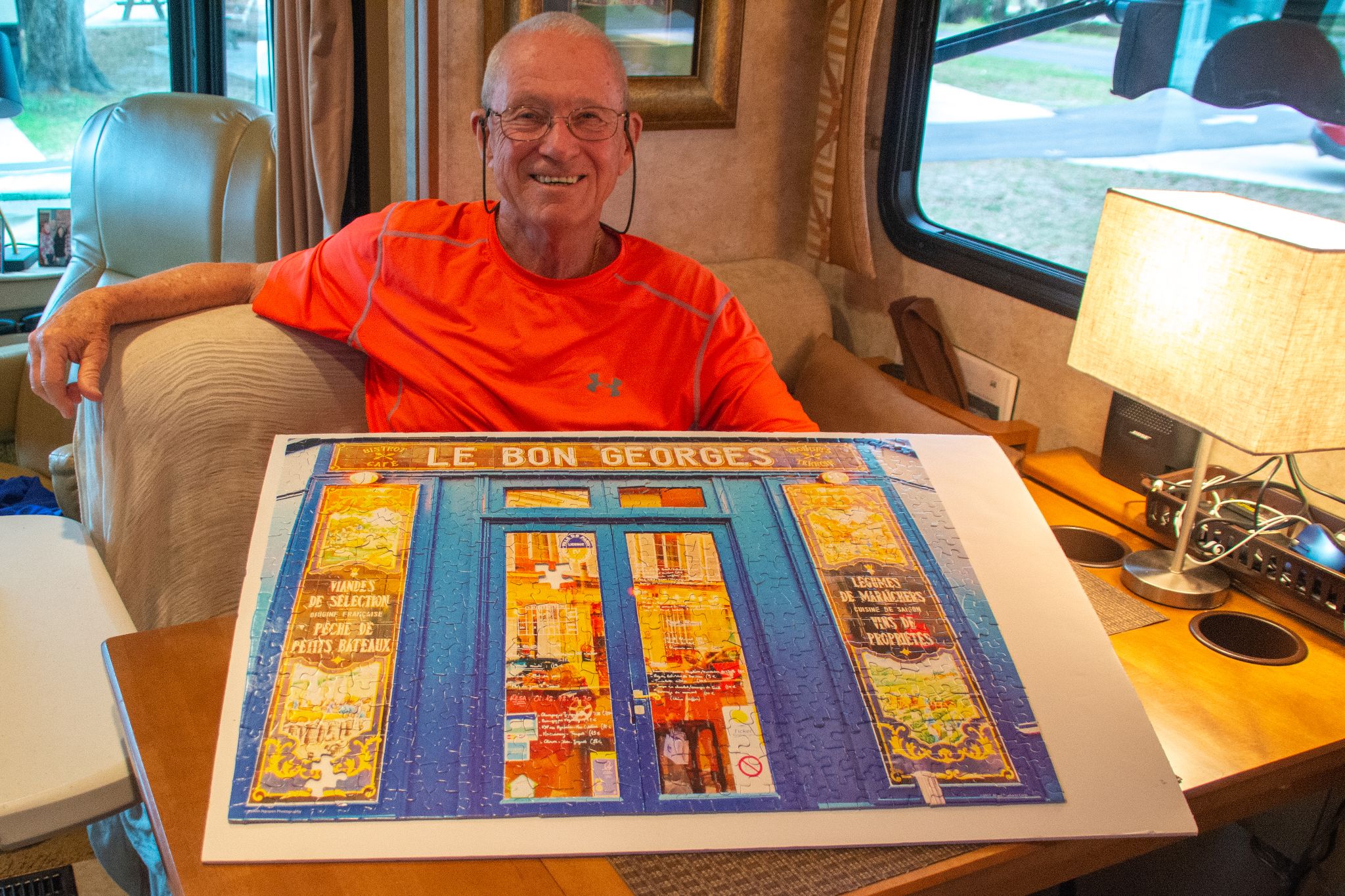 At least it killed the better part of the day.

During our daily [between 2-4 mile] walks, we've noticed a large number of substitutes for the Sun N Fun pools which were closed almost a month ago.   With rare exception, these are being used by audlts! 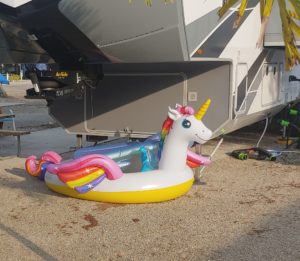 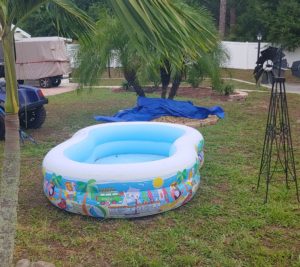 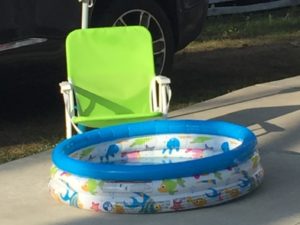 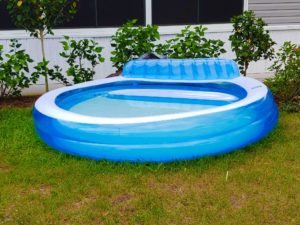 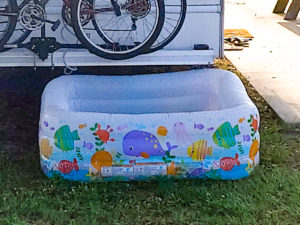 Yesterday was my weekly grocery store run (we decided only one of us would make these trips) … complete with mask and gloves.  Perhaps we're being overly cautious, but beleive any risk we can minimize makes it worthwhile.

After any number of heavy rain storms passing just north or just south of us over the past six to eight weeks, we had a badly needed thunderstorm with a near torrential downpour pass through this afternoon. 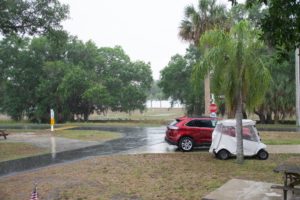 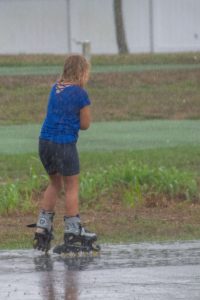 This young girl on rollerr blades was caught in the downpour 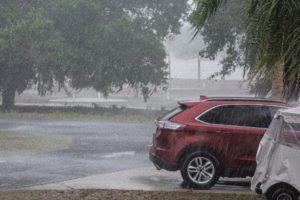 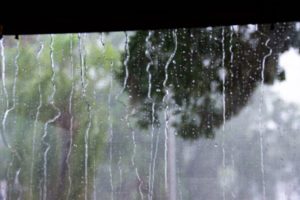 It has taken a lot of the recent 90%-plus humidity down to more tolerable levels, so with the sun back out, we're enjoying a glass of wine while sitting aside this evening.