With the growing concerns over and diagnosed cases of COVID-19, all formal activities here at Sun N Fun remain curtailed indefinitely.  In addition, Debbie has been under the weather with a UTI and a temperature for a week … although now full recovered and it was definitely  NOT coronavirus!

As a result, she's stayed home  in our RV, occasionally spending some time on our patio during the afternoons when the temperatures have been warm … and with surprisingly low humidity of late.

I have still walked with the morning group (alone on the weekends) and been able to sail a couple of times a week with my new DragonFlite-95 radio-controlled sailboat (so glad I bought it). 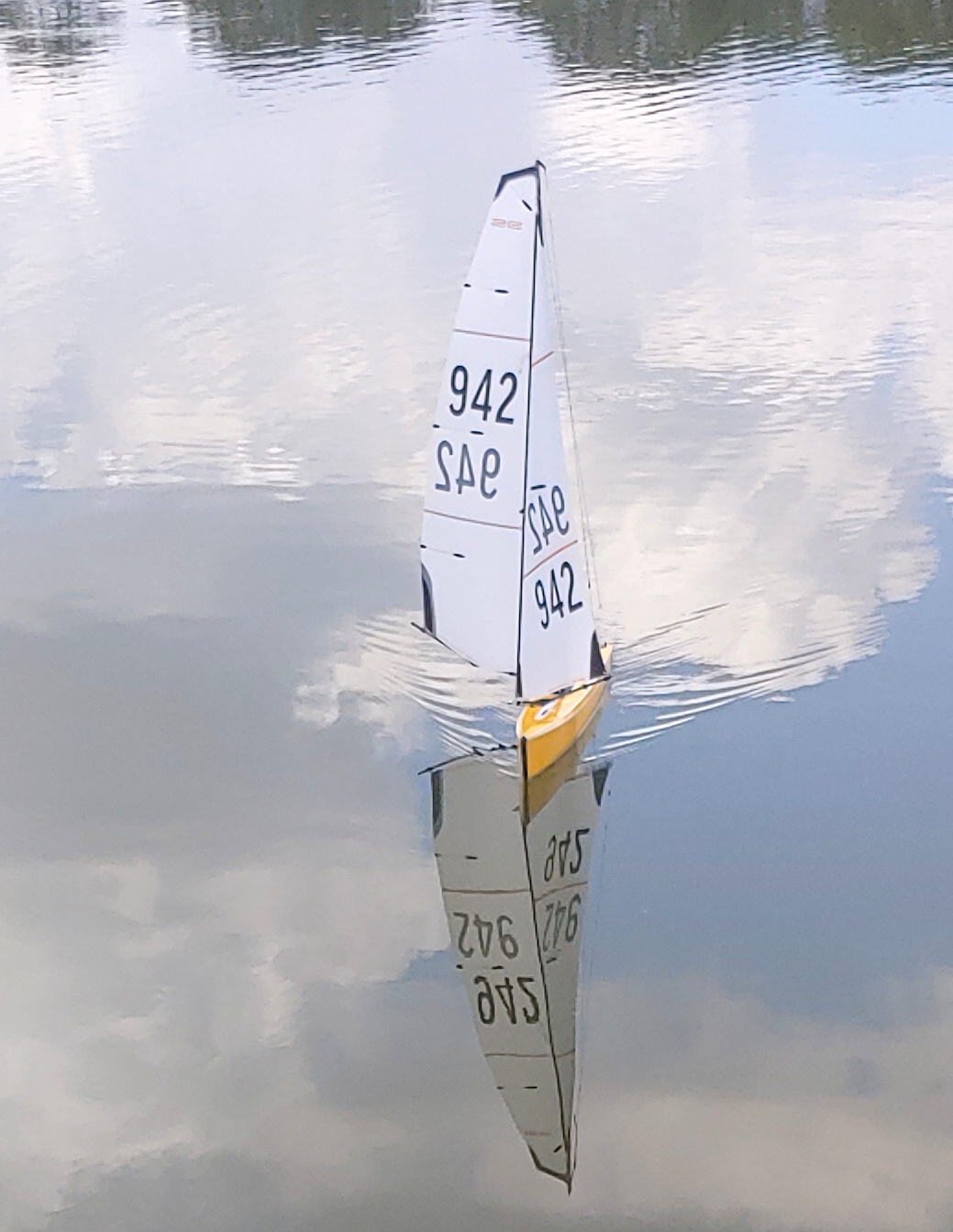 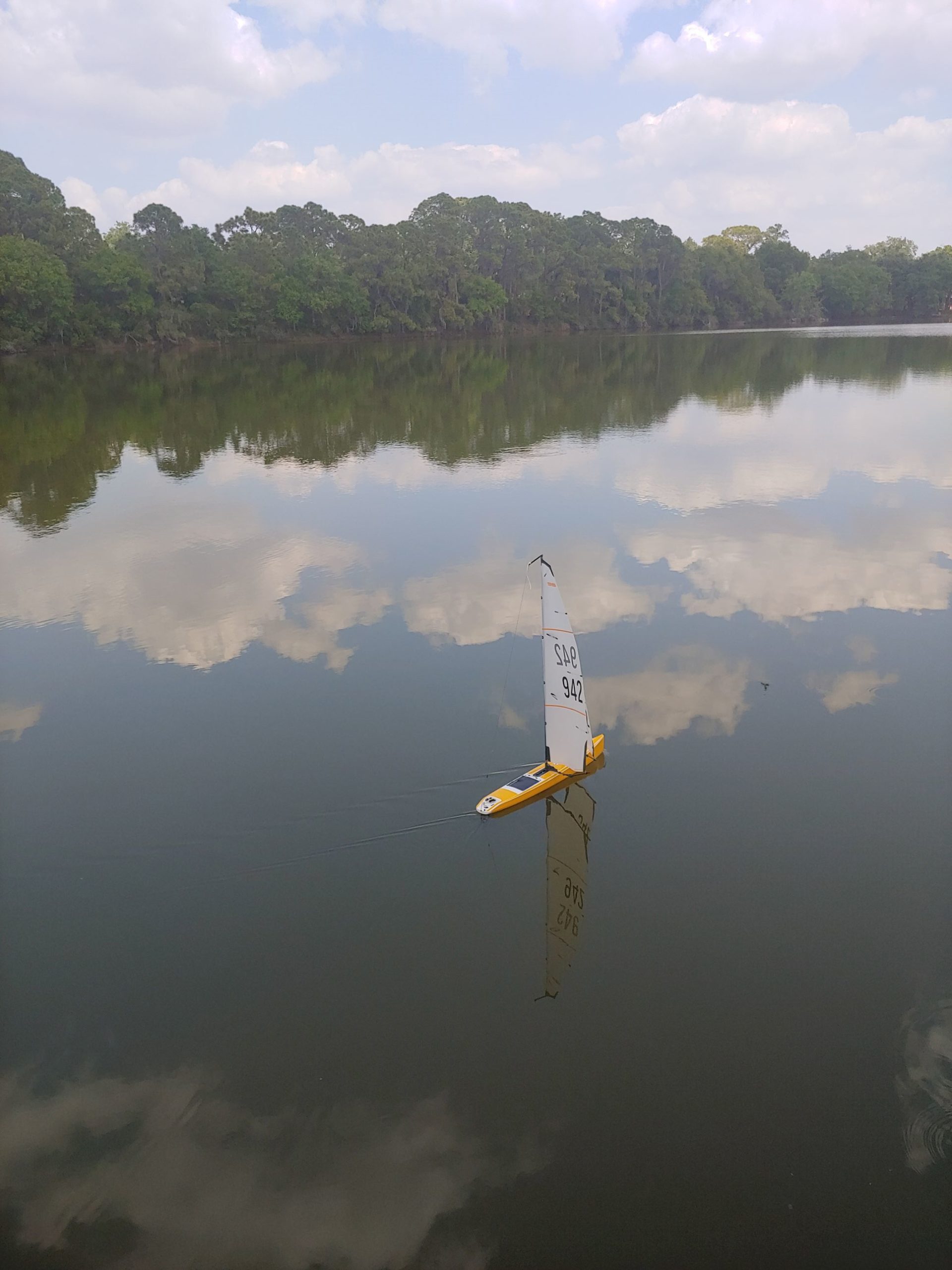 There's one other sailor with whom I've been able to race several times, making it even more enjoyable.  But when sailing alone, I continue to WIN every race!

During one of our walks, I noticed what can only be described as a "Hippie" bus straight out of the late 1960s! 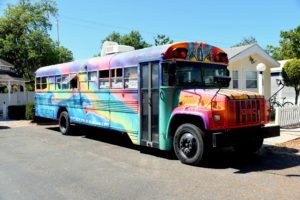 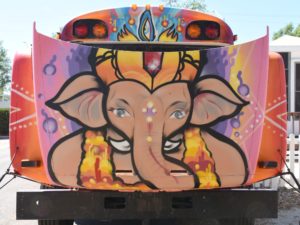 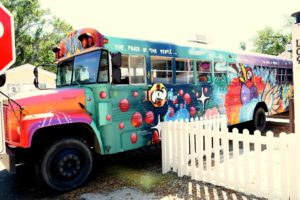 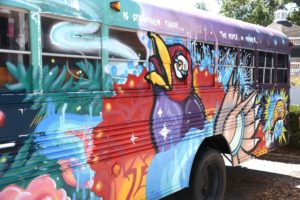 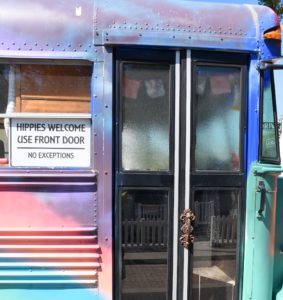 While taking some pictures, I met the owner who gave me a tour of its interior in which he, his wife and three daughters live full time (Wow!). 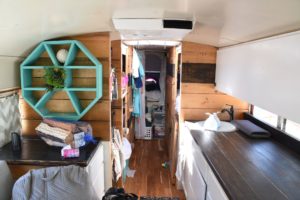 Given the recommendations to "stay put", other than grocery, pharmacy and Target or Walmart (for TP as everyone else is out) we've opted to stay put on the Sun N Fun grounds.  This has limited what I hoped would be some spring opportunities for photography.  I have, however, been able to do a little shooting around the campground's Lake Ibis. 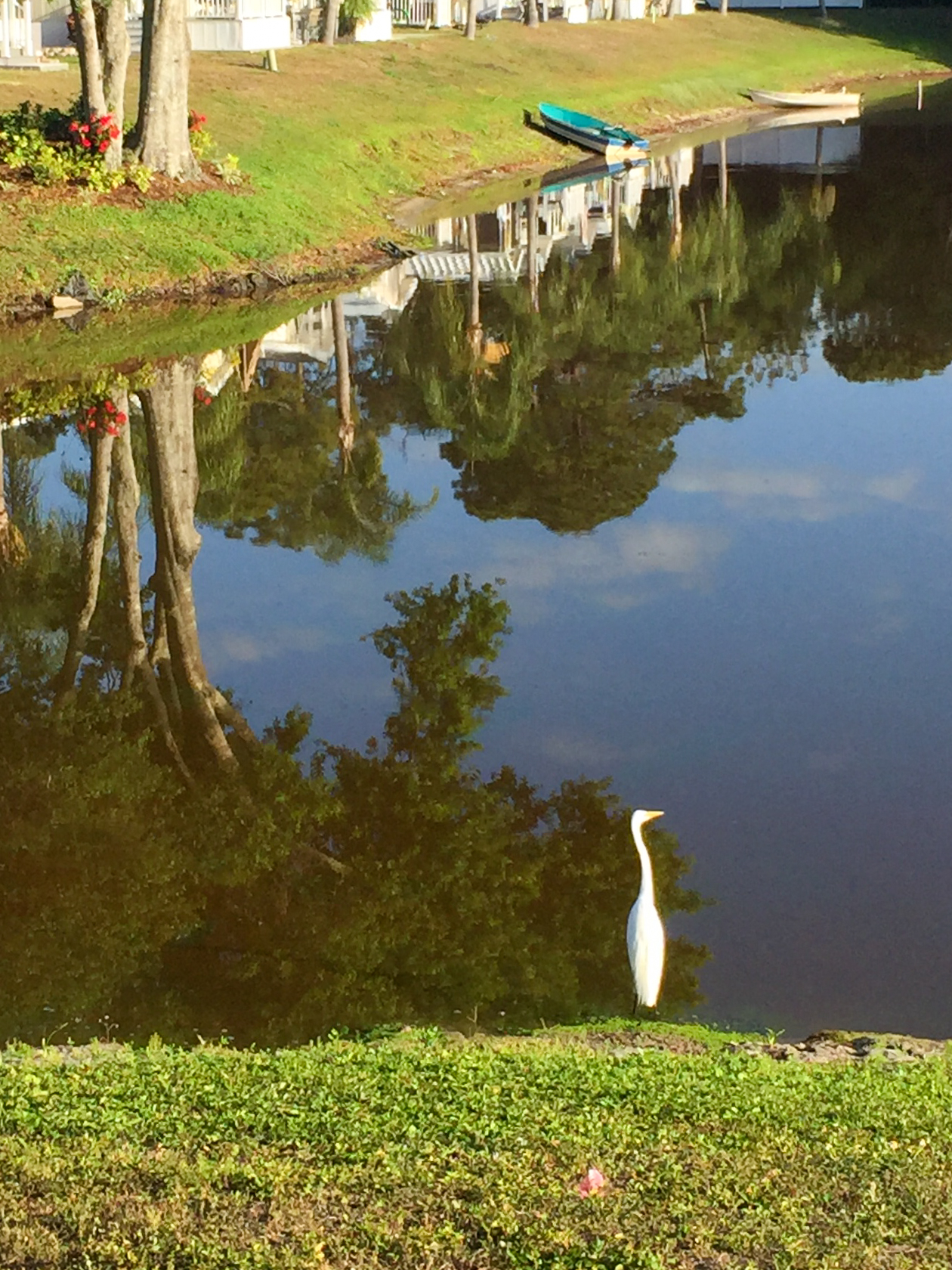 (Debbie actually took this one with her phone's camera) 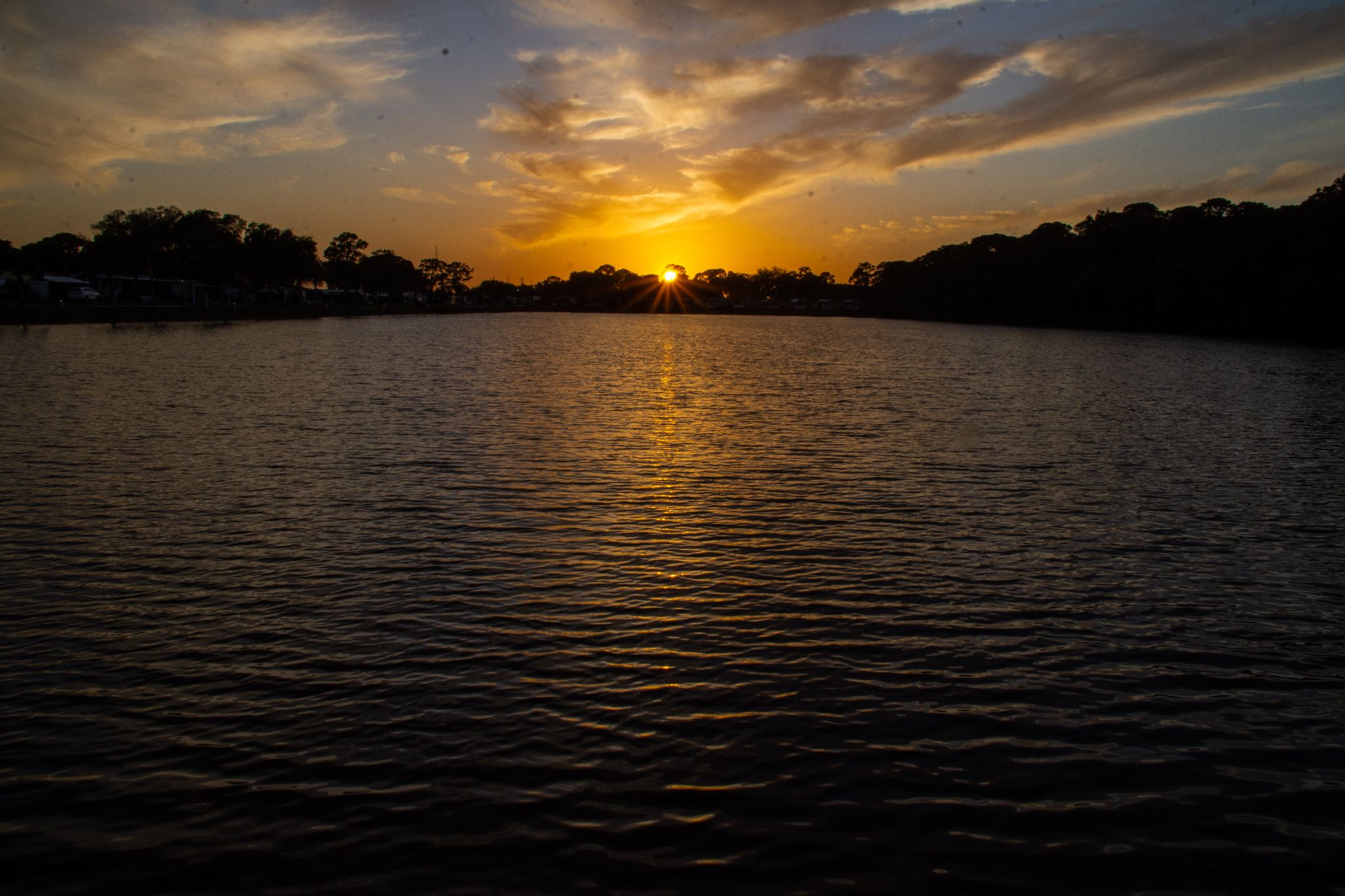 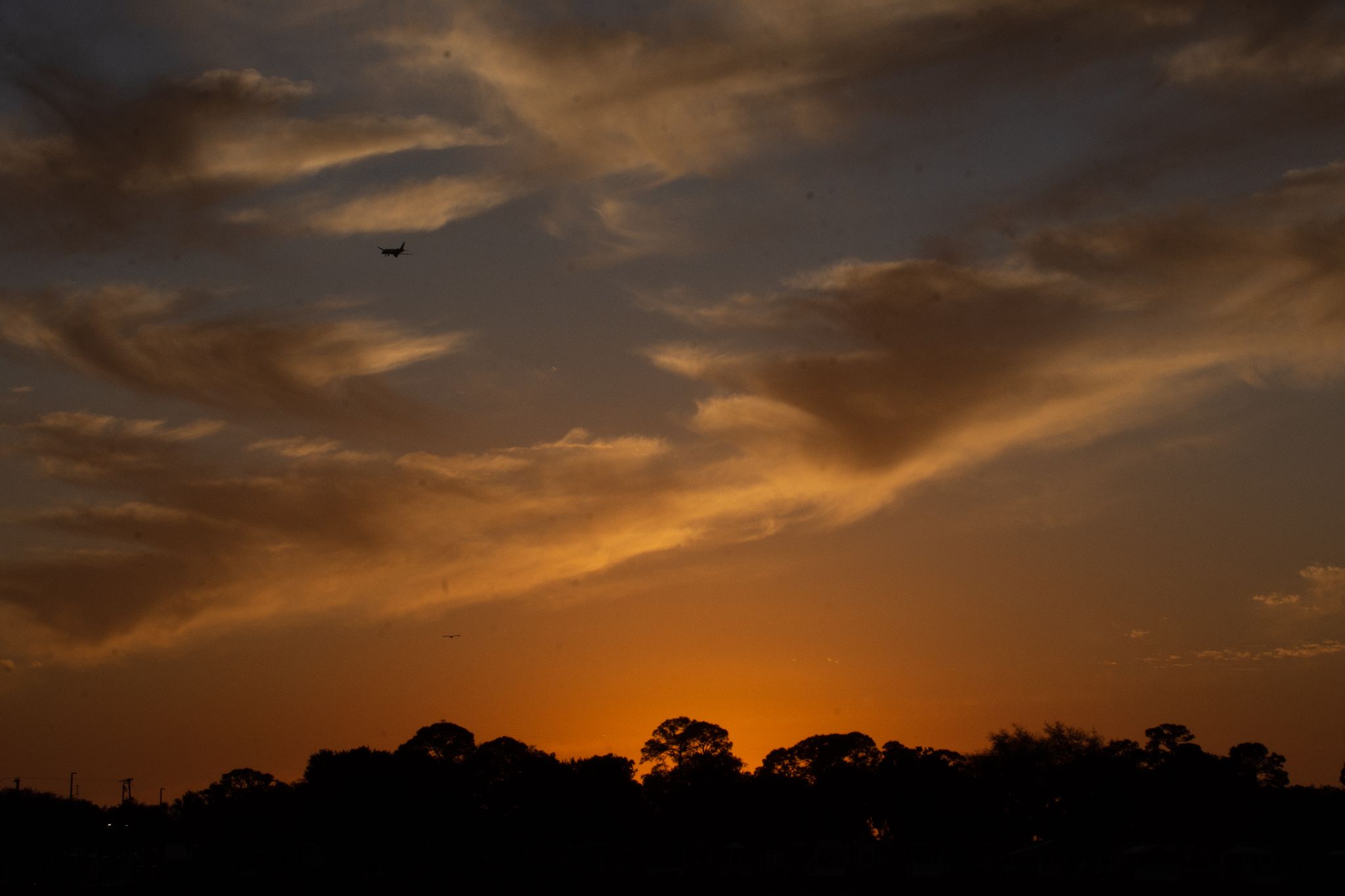 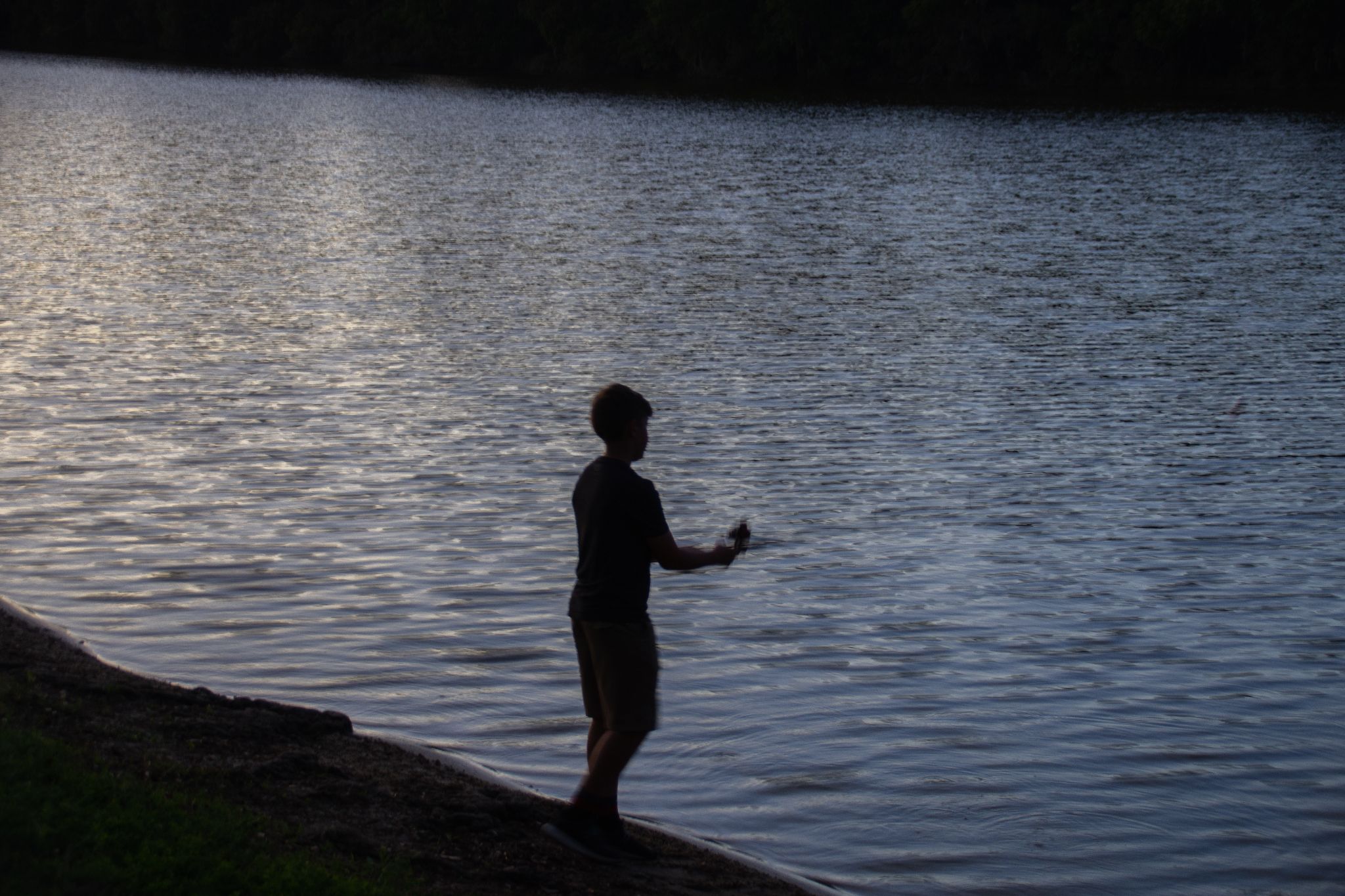 As a result of the photography club's classes this winter, I have also begun to delve into photo-editing, of both new and some of my more than 35,000 archived photos.  I have also set-up an Instagram account "lifes_images_by_dick" to share some of my better work.

Just last evening Florida's Governor's "shelter in place" declaration became operational (why he delayed so long is a mystery … but clearly political in nature).

While we are free to go home, our present plans are to stay through the month of April as originally scheduled.  Going home now would make no sense as the weather is lousier and colder than here in Sarasota (limiting the time we'd be able to spend outside) and as Pennsylvania also has restrictions on even local travel, we'd not get to see our kids or grandchildren.  And, we believe we're actually able to do more while staying healthier here than back in Langhorne.

We can only hope this pandemic runs its course quickly and with far fewer fatalities than the medical experts suggest could occur.