As with the last day of each of our prior trips, our drive home was with mixed emotions … especially for me.  While we enjoy getting home, there is something about our vagabond routine and life-style on the road which I will miss before striking out on our next trip.  And, this trip, in particular was special haivng completed visiting both the "official" presidential libraries/museums and final five state capitols (NY, VT, ME, RI and CT) we'd not previously toured; family (brother-and sister-in-law John and Judi Melby, cousin Sandy and Jeff Fitts, Diana Louis, cousin Sue and Bob Goodrich, friends Jean and Joe Dominguez, our daughter Nancy & family, brother-and-sister-in-law Dick Louis and Kate Morse and cousin Barbara and Ned Jenec), friends (Dorothy Milne and John & Jeanne Milne) and attending the memorial weekend in remembrance of our friend Ken Grenier, where we renewed many old acquaintences.

We had a beautiful sunny day with almost no winds to contend with during the entire trip.  Before we even exited our Moodus, CT campground, we passed a motorhome whose driver had obviosuly been behind the wheel for way too long. 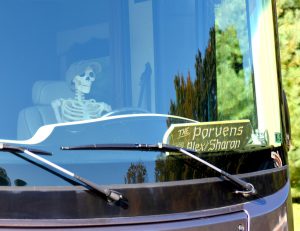 Next, was a home-made travel trailer built ot look like a caboose. 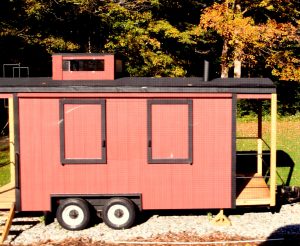 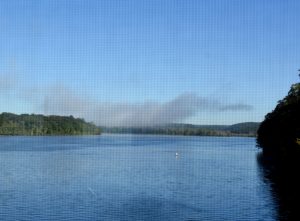 on the narrow East Haddem bridge 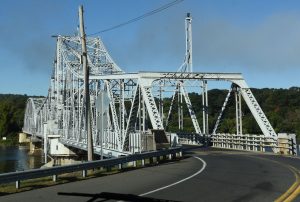 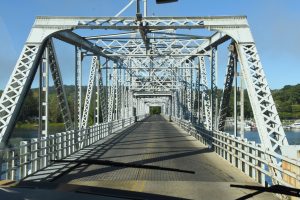 we passed by the Goodspeed Opera House 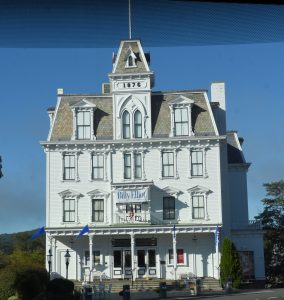 Goodspeed’s beginnings date back to 1963 when it opened our doors as a professional musical theater in an historic building on the banks of the Connecticut River in East Haddam. From 1968 to 2014, Goodspeed transformed from a struggling entity into a non-profit arts organization with a mission to discover rarely produced musicals from the repertoire, reworking them and bringing them to life. The theater has produced over 250 musicals, including over 70 world premieres, and exported 21 productions to Broadway.  Goodspeed stands as the first regional theater in America to earn two special Tony Awards, one in 1980 for outstanding contributions to the American musical and a second in 1995 for distinguished achievement for a regional theater. 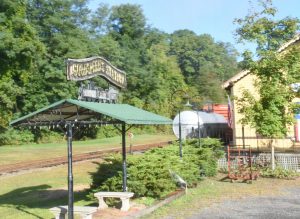 a Tractor on a roof and Chainsaw being used as a wind vane, 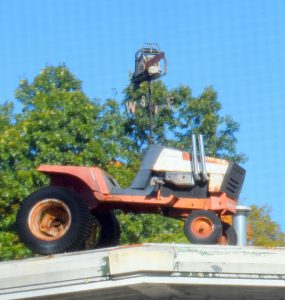 more signs that despite near record temperatures fall was not far away, 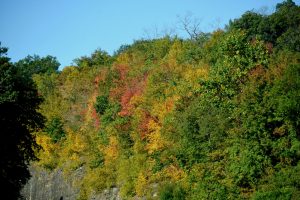 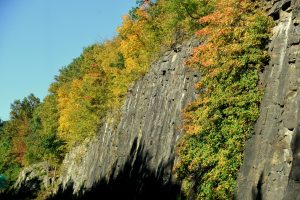 and crops in a freshly tilled field. 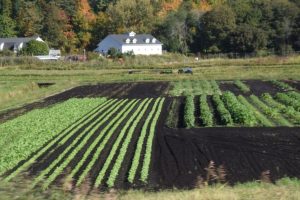 Merging onto I-95 in Old Saybrook, CT we spotted the first of several motorists who were clearly having a bad day. 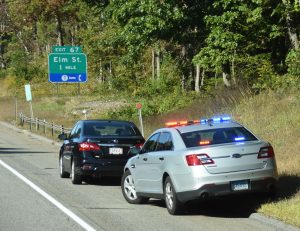 There was a beautifully resotred wooden boat 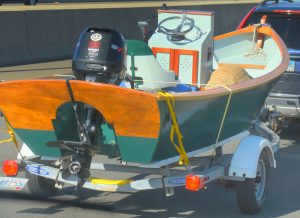 as we were approaching New Haven 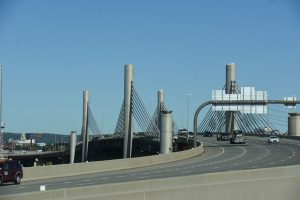 Then we spotted a couple of other motorists who must have figured it was not their day. 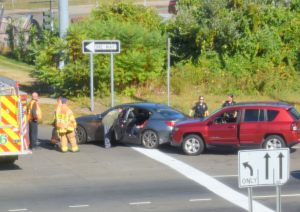 So far, the traffic had moved along at or close to the 65 MPH speed limit.  Then, the first and longer of two slowdowns 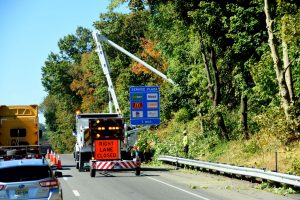 this one lasting some 20-plus minutes caused by a highway tree trimming crew.  There was an osprey nest build near the top of a high-tension wire tower in Bridegport. 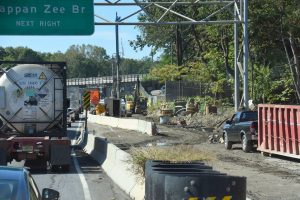 the result of major construciton rebuiilding the exit ramps off I-95 onto I-287 with two lanes merging into one and intermittend "stops".  Once on I-287, the normally sluggish traffic moved right along and we were soon crossing the recently opened, nearly $4 billion Mario C. Coumo Birdge (which replaced the TapanZee in October 2018). 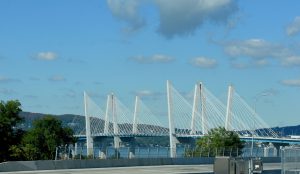 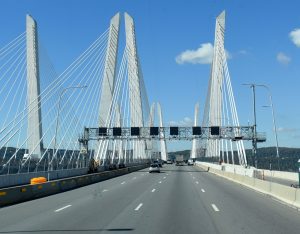 There was a pickle truck, 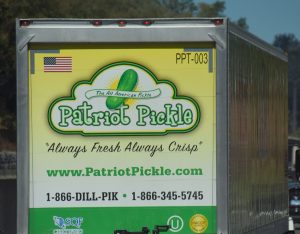 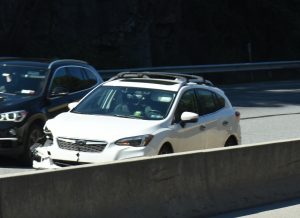 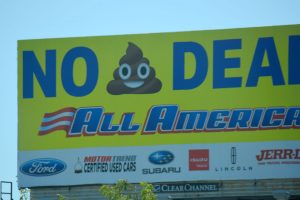 and yet another traveler who, despite his obvious rush, found time to meet a local state policeman. 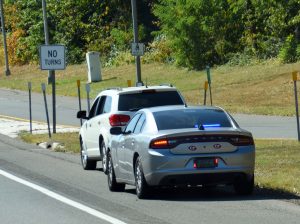 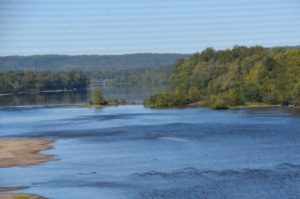 on the new Scudder Mill Bridge was a breeze 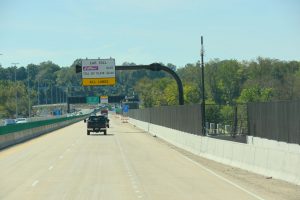 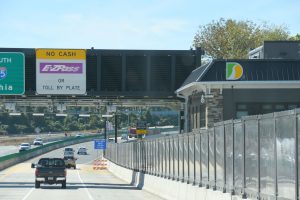 Once back at Shady Brook, it took us a little more than two hours to unload, return our coach to the gated lot where we store it and pick-up our accumulated mail at the post office and get back home before the clock struck five … "wine time"!

Later I accessed my EZ-Pass account where I discovered that the toll for an RV on the new Scudder Mill Bridge was a staggering $17.00 … the most we've ever paid for any bridge and almost as expensive as the toll to drive from home to the Pennsylvania/Ohio state line!