The 130 mile drive from just outside Quebec City to the outskirts of Montreal was uneventful.  As we neared Montreal, we seemed to see more farms 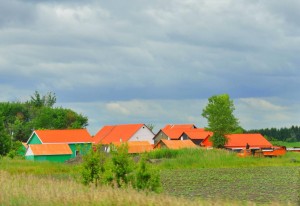 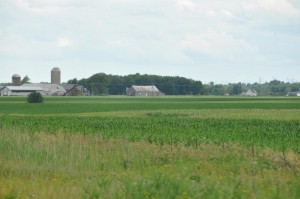 and churches or church spires seemingly looming from every town along the route. 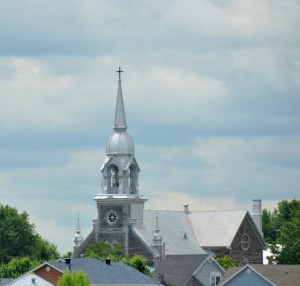 Arriving at our campground, the entrance was flanked with creative topiaries. 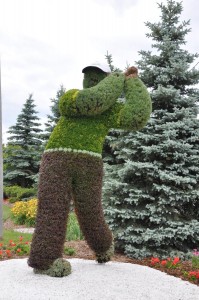 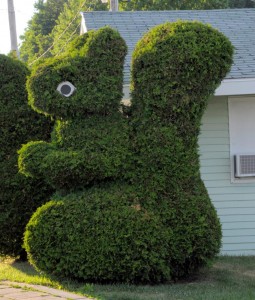 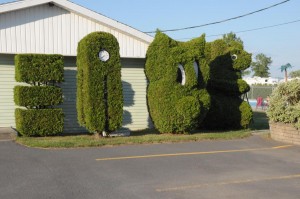 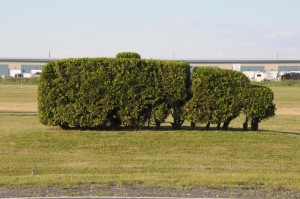 Once checked in and hooked-up, we struck out for the much touted Metro where we each got 3-day passes giving us unlimited use of the system for the time we’d be in the area. 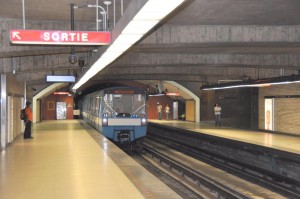 I found it interesting that their underground subway system does not run on rails.  Rather, their trains ride on rubber tires on a smooth wooden or metal (couldn’t determine) together with a set of horizontally-oriented tires used to keep the vehicles from moving side-to-side or off the track. 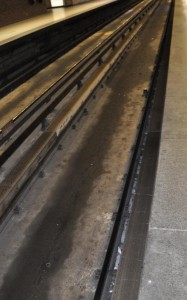 Further, the system runs both frequently and on-time!

Once in downtown Montreal, we decided to simply wander around, hopefully to see some of the old and/or unique architecture and other interesting sites.  We were not disappointed! 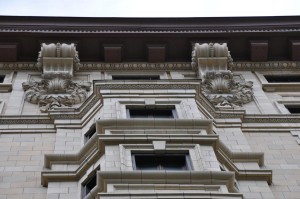 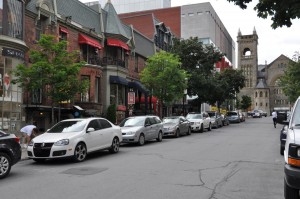 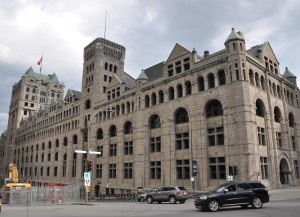 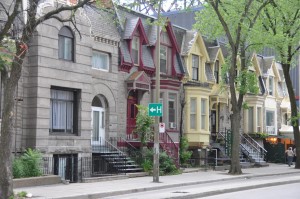 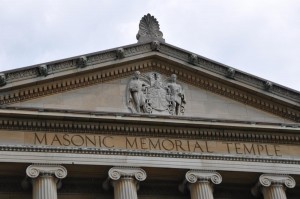 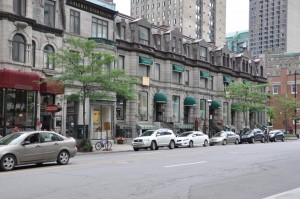 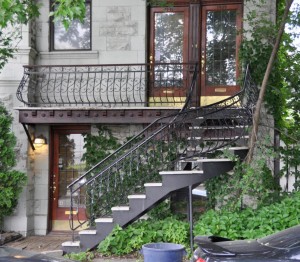 Curved stairways which seem to be common in Quebec cities 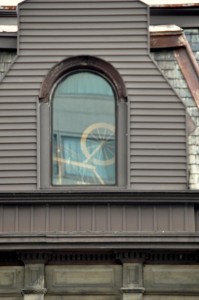 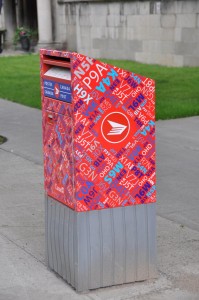 Canadian Postal Drop Boxes are not Hard to Miss

A number of the streets feature outside cafes.  On this day, Italy was playing [and beating] Germany in the European 2102 Soccer Championships … and there is great interest in the sport in Canada.  Therefore, all of these indoor/outdoor eateries seemed to have large-screen televisions set up for patrons and passers-by, alike. 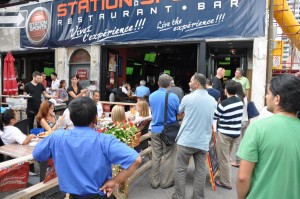 There are statues throughout the city. 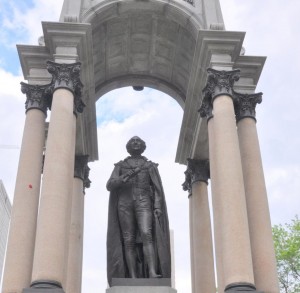 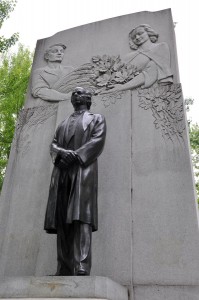 We also got a chance to tour one of the city’s most famous landmarks, Mary Queen of the World Cathedral and Basilica. 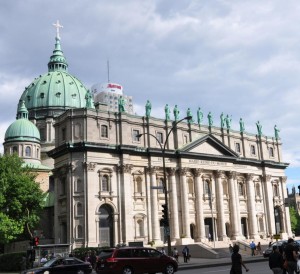 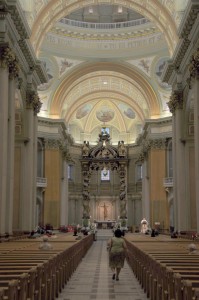 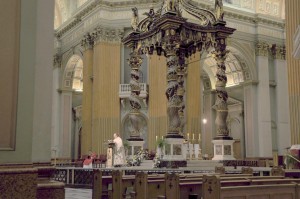 Apse and Altar during a Service 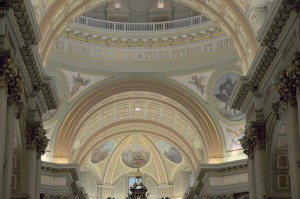 Dome over the Altar

While not overly obvious, there are some homeless people, many of those in local parks. 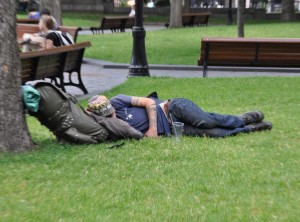