As were were relatively close to Nancy's, we decided to take a drive to Bedford, NH.  Although it was an overcast and off-and-on rainy day, we had a great time seeing her, Jason, Taylor and Jake.

We also got to meet the newest member of their fmily, Nico 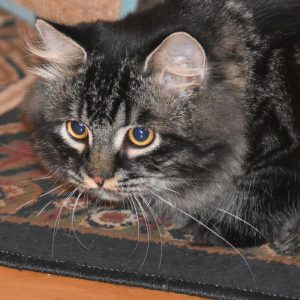 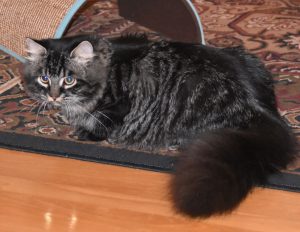 he is expected to reach over 20 pounds when full grown.

For the several hours Nico provided almost non-sop entertainment for everyone.

Taylor, who has excelled in preparing breakfasts and desserts tried her hand making Lasagna from scratch.  As one who has never really lasagna, hers was out-of-this-world … and we took some of it back with us.

The trip home was uneventful … other than a three-mile stretch between I-95 and U.S. Route 1 where between the lack of street lights, absence of lines on the street and rain made following the two-lane road a challenge.

It was really a great day!