We got a late start, in part as we had less than 80 miles of travel for the day.

After topping off our RV fuel tank we headed north on VT-14, passing a former magnificent old house now collapsing from lack of attention. 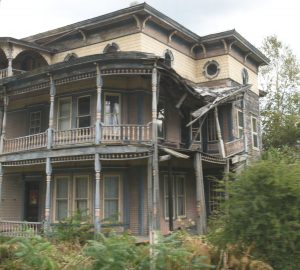 After joining US-302 in Barre, we headed East through a mix of dense forests, any number of streams and rivers and small farms; occasionally dotted by very small towns … each one seemingly hosting either adult softball tournaments and/or dozens of garage and yard sales. 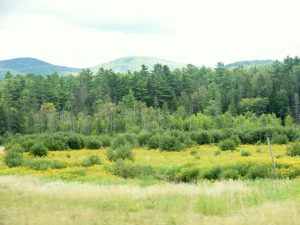 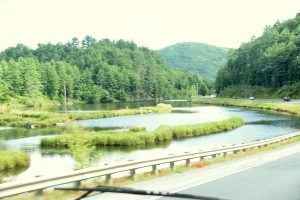 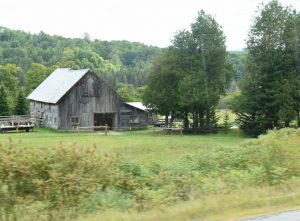 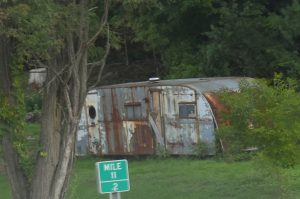 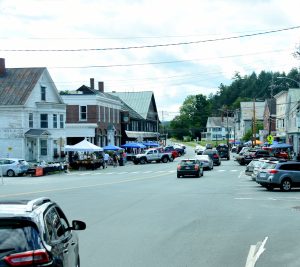 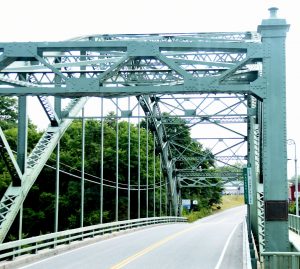 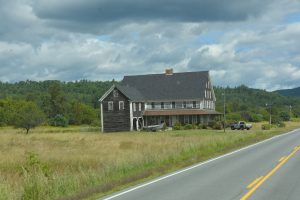 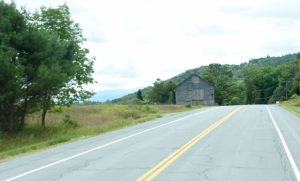 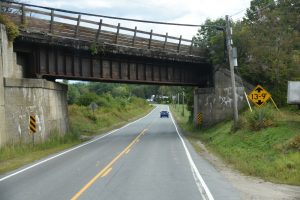 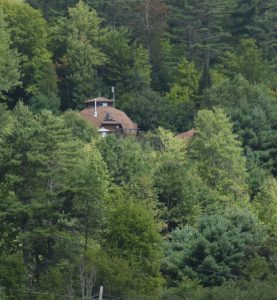 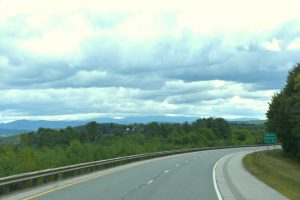 Franconia Ridge in the distance 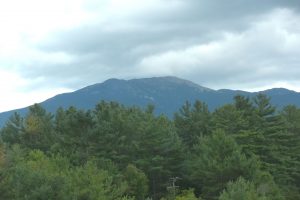 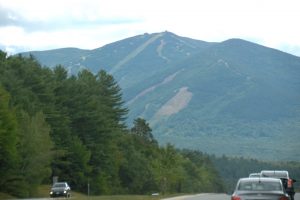 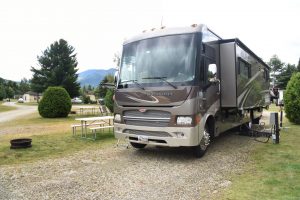