While taking our bikes off the car, one of our campground neighbors with a similar coach to ours stopped by and struck up a conversation about Winnebagos and the differences between our motor homes.  His wife stopped by soon thereafter and we wound up in their coach for coffee and cookies.

By the time we got back to our motor home, it was time for lunch.  Afterwards, as we were just about to leave for a bike ride when another campground neighbor stopped and asked if we’d like to join a group taking a ride down the street to the Crooked River State Park.  What a nice group of people they turned out to be!

The state park provided a lovely place for a bike ride, 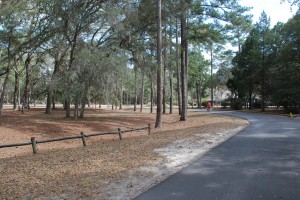 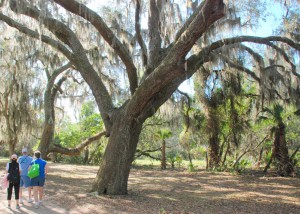 I was interested to discover that the timbers forming the hull of the USS Constitution, “Old Ironsides”, aboard which I received my Navy commission, came from Live Oaks from the area in and around St. Marys, GA.

We were also advised that we should not miss taking a trip to Cumberland Island.  The Ferries to Cumberland are extremely limited each day, we drove down to the quaint, historic district of St. Marys 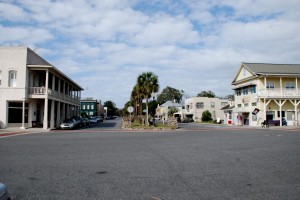 After paying for our tickets, we wandered through a picturesque park located on the St. Marys River. 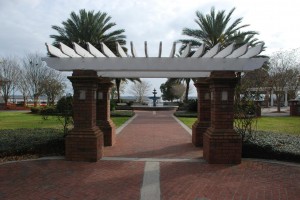 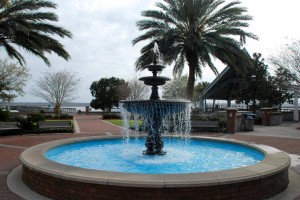 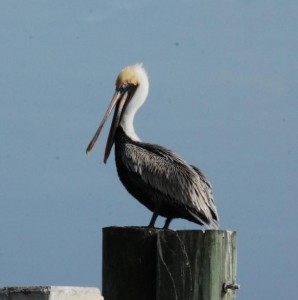 where there was a threatening sign for breaking any one of a number of locally forbidden actions … the last of which I could most easily break. 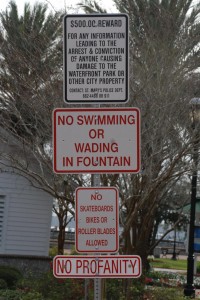 While there, we also noticed three exquisite cars 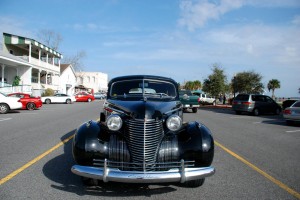 1930 Cadillac Formal Sedan Limousine (Vehicle No. 10 and one of only three of just 18 ever made) 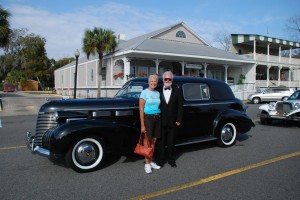 Debbie with D.A. Martin (owner of these automobiles) 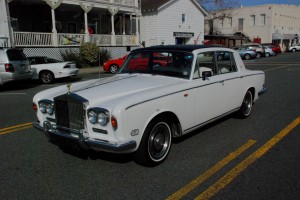 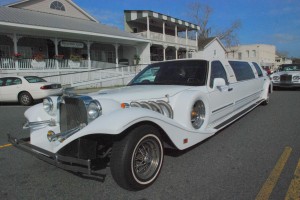 which were standing by to transfer three couples, apparently finalists in a “Bachelor/Bachelorette” type reality show being filmed by Oprah for some upcoming television show.  After waiting around to see these “couples” and talking with the owner and drivers for the better part of an hour, we figured our time would be better spent heading back to our motor home and some wine!