May 7 – RV Repairs … and an evening with Bob, MJ, Mark and Terre Newbert

We were on the road early this morning headed back to Savannah, 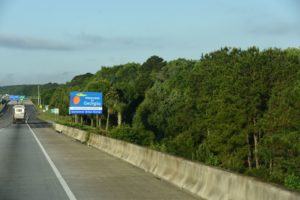 where the traffic laws 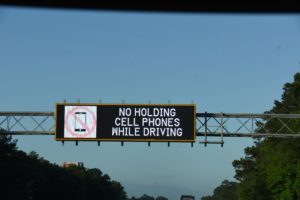 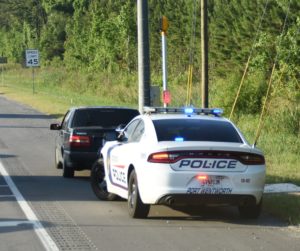 Our destination was Roberts Truck Center 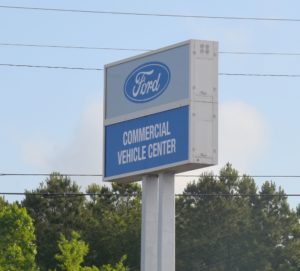 to have the Check Engine light and the slow starting issues with our Ford V10 engine diagnosed.  When we'd made the appointment yesterday afternoon, we'd been told that they were extremely busy and it might take all day just to squeeze us in for a preliminary computer diagnosis but any necessary repairs could not be addressed until at least the following day!  Ugh!

Our early start allowed us to arrive at just three minutes after their 8:00AM opening time 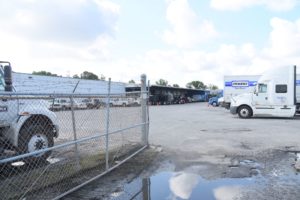 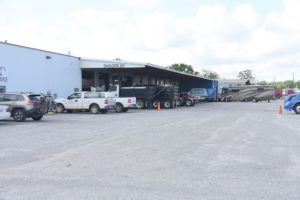 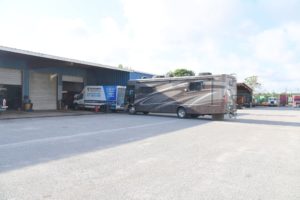 However, we were pleasantly surprised when we were greeted by the service manager, Adam, who immediately assigned a senior technician, Kerry, to see if he could evealuate the problems we were experiencing with our motorhome's engine. 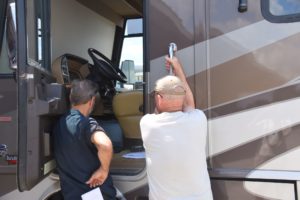 After just under four hours of meticulous, checking and double checking various computerized analysis and results 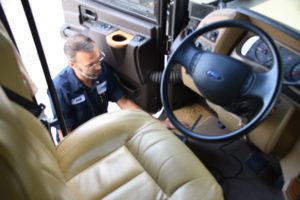 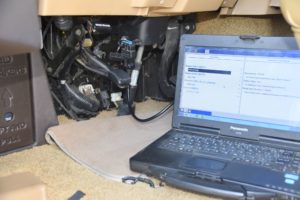 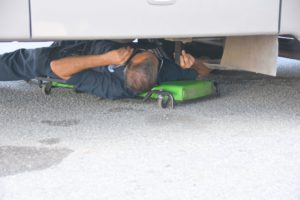 Kerry confirmed our Check Engine light problem was due to a faulty O2 Sensor. 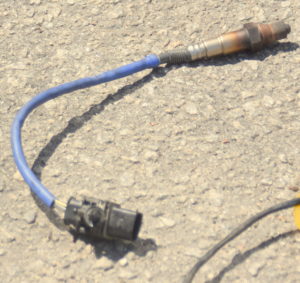 Fortunately, they had a replacement O2 Sensor in stock, 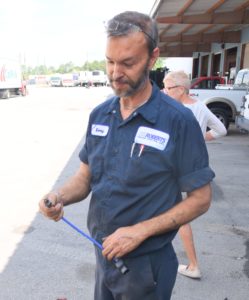 after which it took only minutes to install.

Meanwhile, we had determined that our 6-7 year old chassis battery was not holding a charge and was likely the culprit where slow starting problems were concerned. 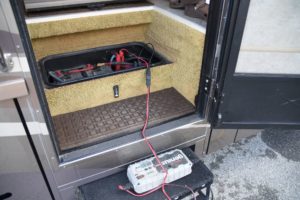 Thus, we decided to repalce it with a new maintenance-free battery.. 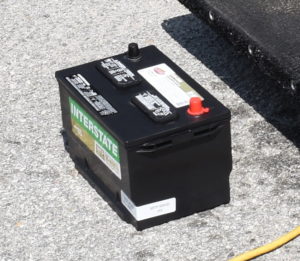 With sincere thanks to Adam and Kerry, in less than four and one-half hours after arriving, we were heading back to our campground.  Not only was the Check Engine light gone, but the engine started right up and seemed to run much smoother.

This evening, we had dinner at a local Bluffton restaurant 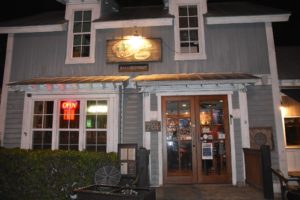 with two of my cousins, Bob and Mark Newbert and their wives. 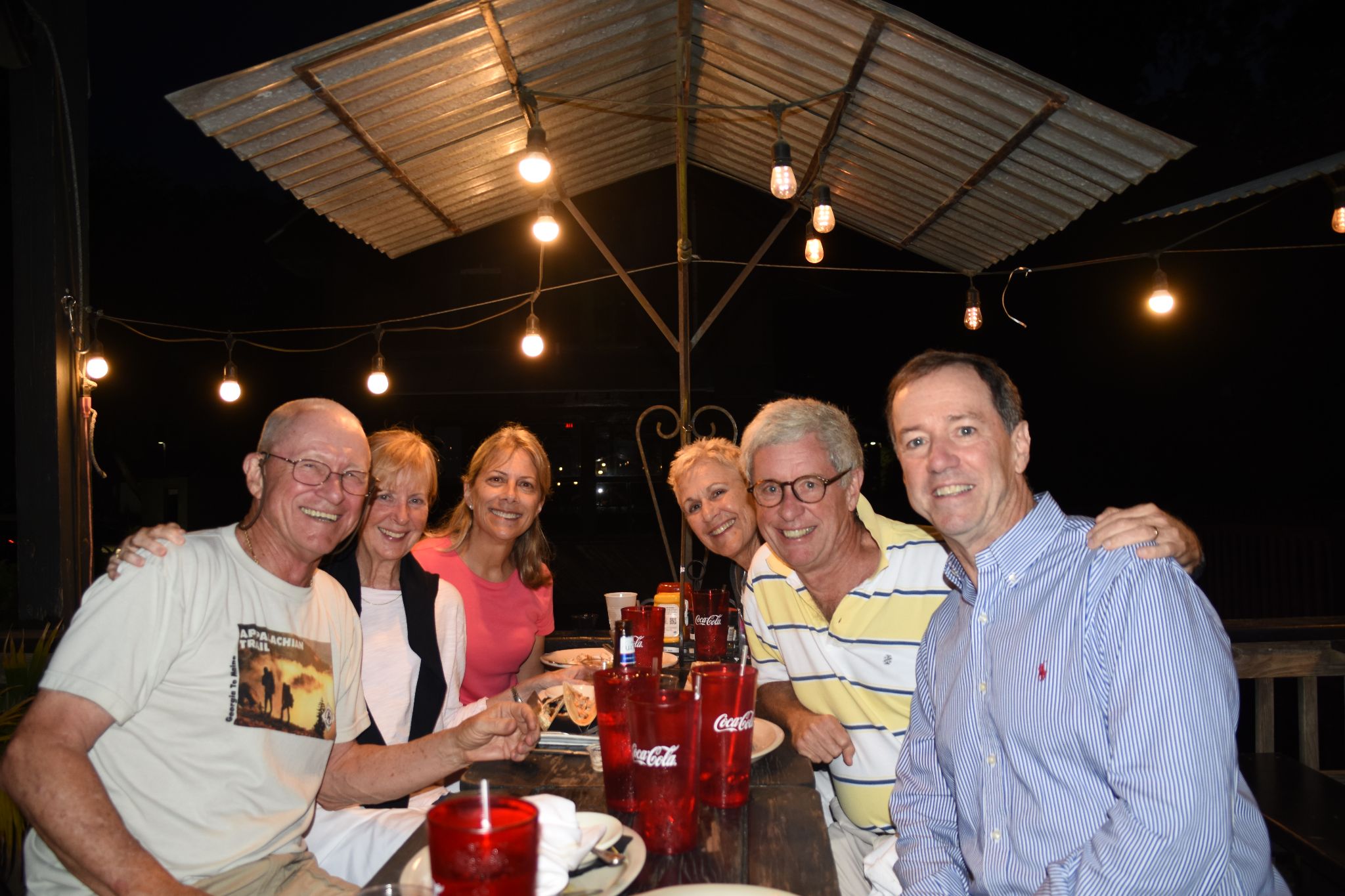