With most of the park's "residents" having headed north and formal activities over for the season, this last week in Florida has been noteworthy for its lack of any major adventures … although we still try to get our morning walk in before it gets too hot.  We have had dinner with Debbie's brother and wife Kate and my cousin Sandy and husband Jeff. I got two of my planned three rounds of golf in, one with Jeff and the second with friend Tom Briggs.  Unfortunately, my second round with Tom was cancelled when the day after we played he ended up in the ER at Sarasota Meoirial with a mild heart attack.  Two stints later, he's home and recovering.  He's hoping to be back on the links by next week.

Meanwhile, we noticed a slow drip beneath our hot water heater … which then turned to a steady flow of water!  With such repairs beyond my area of expertise, we engaged Charlie Hortobagyi (Tip Top RV Service). 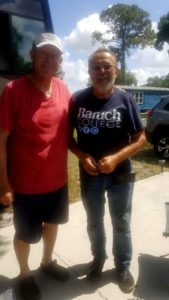 After pulling the heater, it beaacme evident that there was a major and unrepairable crack in the unit. 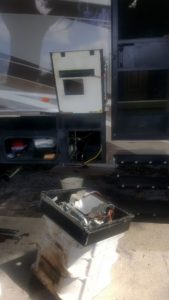 Fortunately, he was able to order a new unit with overnight delivery.  Watching the installation process, I was glad I was the "gofor" and letting someone who knew what he was doing position and connect the electricity and propane to the new heater.  I then had Charlie order two gas compression cylinders for our bed. 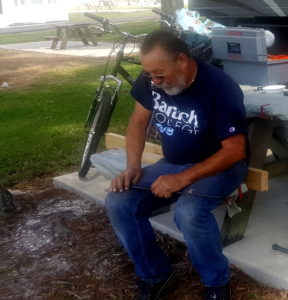 Not only does his duaghter attend Baruch, but our son, Scott is a tenured professor at the school.  Small world!

Late that afternoon, a strong thunderstorm rolled through.  As the sun began to reappear in the west, a faint rainbow appeared. 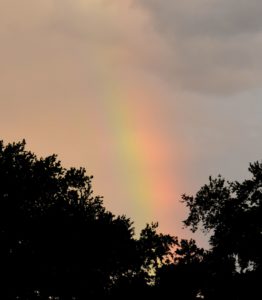 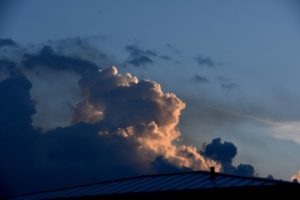 and silhouettes of palm and other trees. 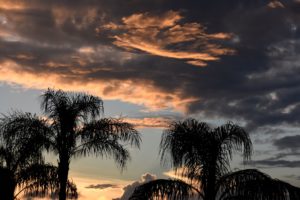 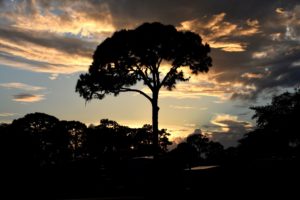 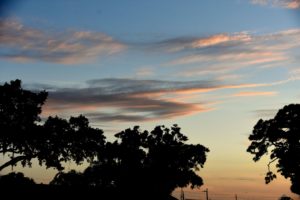 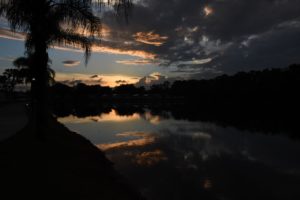 Yesterday, while we were storing our grill, outside chairs and tables, mounting our bikes to teh back of our Jeep and beginning to clean the inside or our motorhome, we were having the exterior washed and waxed. 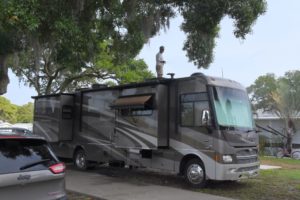 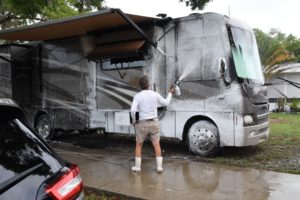 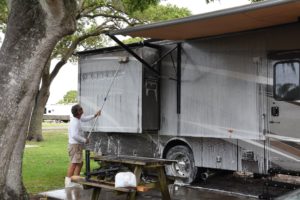 We've planned our trip north, during which we will be visiting some friends and family, such that our last day thru Washington DC, around Baltimore and WIlmington and thru the center of Philadlephia will happen on a Saturday, thus avoiding the otherwise awful commuter traffic.