When traveling in our motorhome, we always keep a close eye on the weather.  Thus, we knew a farily strong front was due to push through the I-95 corridor today.  After checking the projected timing of it hitting Hardeeville, where we had spent the night and Jacksonville, our next destination, we decided to head out shortly after 9:00 AM.

For most of the trip, there was a fair amount of mist and fog. 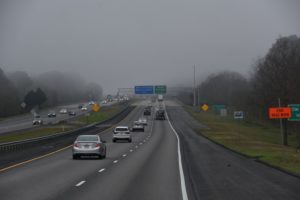 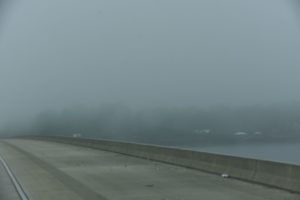 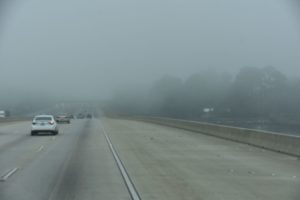 Again, not much or interest to report on. 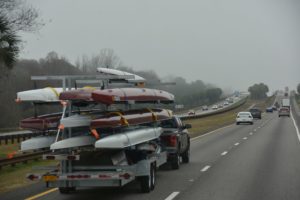 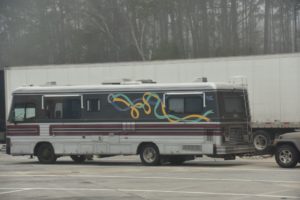 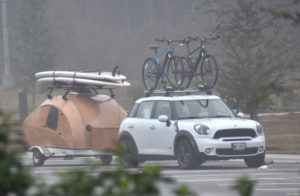 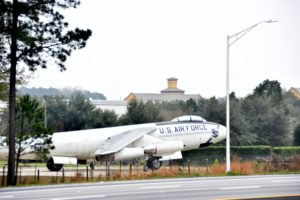 One of several antique cars headed for a show somewhere 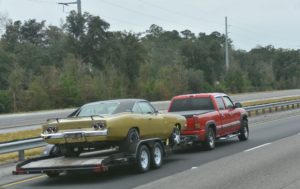 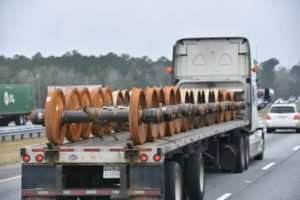 Georgia's and Florida's Finest (lots of speed traps along the way) 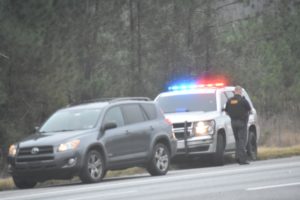 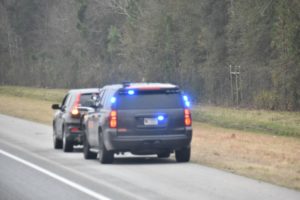 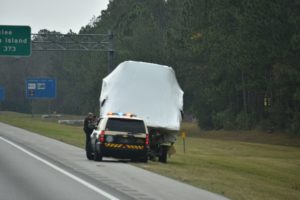 During the last twenty miles of the trip, the winds began to pick-up from the west, a warning of the approaching storm 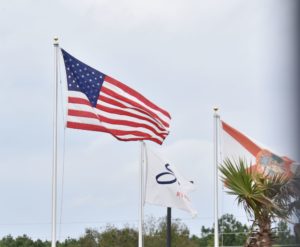 We arrived at our campground in Jacksonville shortly after 12:00 PM under warm (mid 70os) partly sunny skies. 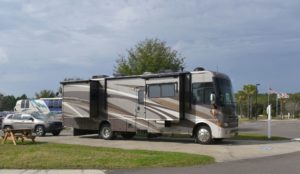 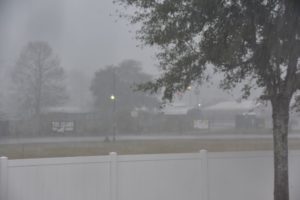 the Heavens opened up. 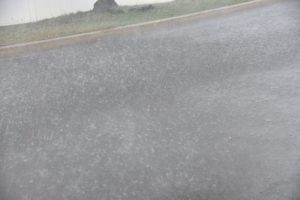 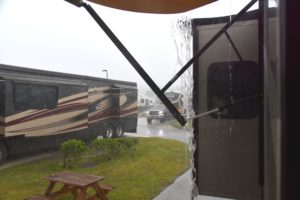 We've stayed at this RV park on several occasions when heading south into or leaving Florida.  It is notable as it sits just ½ mile off one of the runways of Jacksonville International Airport.  Depending on the direction of the winds, landing or departing aircraft soar only a couple of hundred feet above our motorhome. 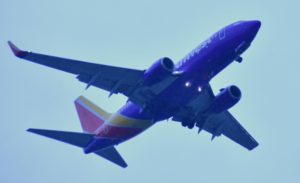 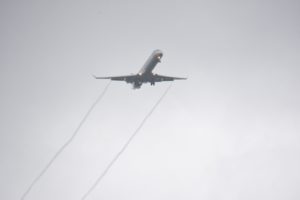 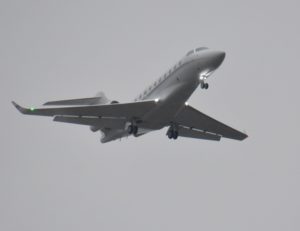 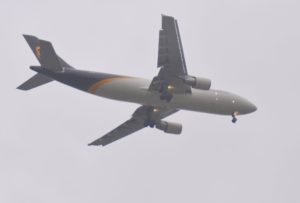 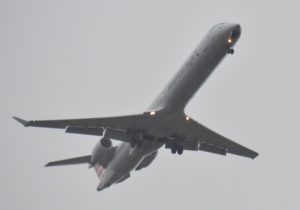 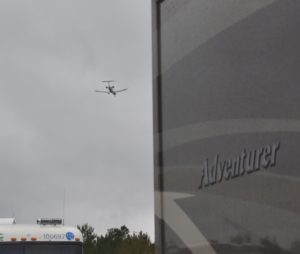 If they were any lower we could talk with the passengers.

The one downside is that the noise from these aircraft can get so loud we need to use the Closed Captioning when watching television.  Fortunately, by 10:00 PM the flights pretty much stop.

By around 4:00 PM, the storm had pretty much ended. 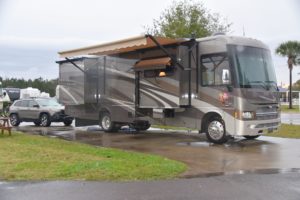 A couple of hours later, as we were just sitting down to enjoy a glass of wine, we noticed a glow off the side of an adjacent motorhome,  Looking out of the window, we were treated to a beautiful post-sunset. 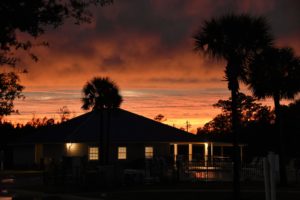 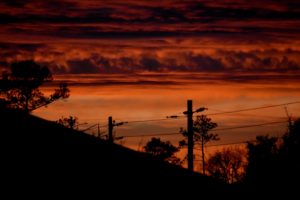