We woke early and immediately checked the weather.  The huge swath of rain which caused our day-early departure yesterday was headed toward Richmond and parts of the I-95 corridor south toward the North Carolina state line, although Debbie had had a fever last evening, it was just below normal this morning.

So,we decided to to leave Ashland for a relatively short drive (217 mile) drive. We knew we would get in early so she could have the balance of the day to relax and tomorrow to do nothing more than watch the Tournament of Roses  Parade (which is a must for Debbie)! We could then decide on whether to go to HIlton Head, as planned or bypass it and take a more direct route to Sarasota.

While warmer than the past couple of monrings (48o), it was still overcast.  With not much in way of scenery, Debbie resorted to one of her favorite subjects, old and decaying houses and barns. 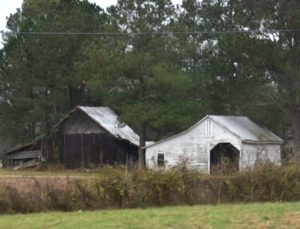 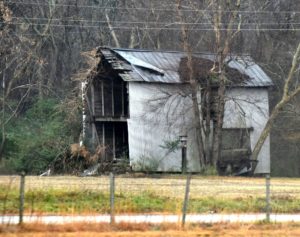 There were an unusually large number of speed traps. 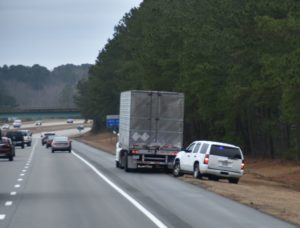 Then the antique car (we wish we could have identified). 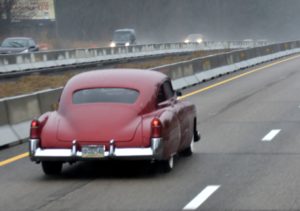 Meanwhile, while we avoided the worst of the rain, we did run in and out of several showers, 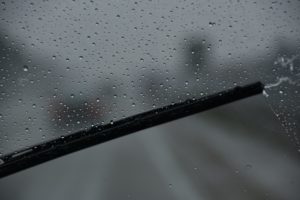 only one of consequence … but it did not last long.

This is also the first time we had seen … not one but dozens of … signs advertising a "dog park". 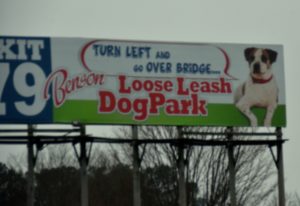 The traffic was again light, only slowing down once for what appeared to relate to a dog on the highway. 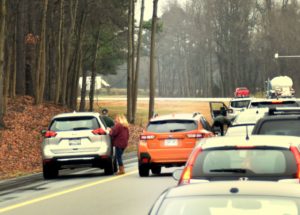 We couldn't tell whether it had been hit, jumped from a moving car or some other cause.  The good news is that a good samaratain seemd to have the dog under control and out of harms way; although we couldn't tell if it had any injuries. 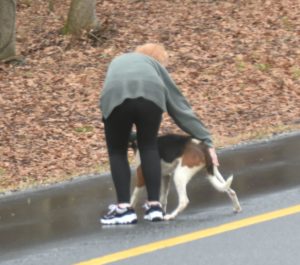 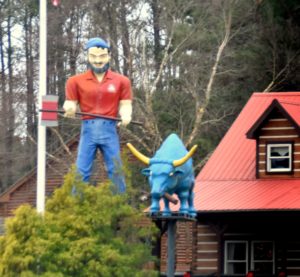 Then about 20 miles from our destinaion FOG. 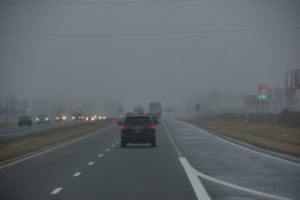 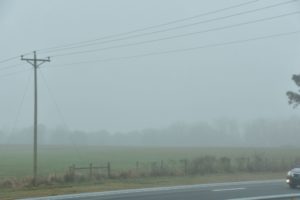 Although it couldn't hide one sign of the old south … we'll pass a total of three before reaching Sarasota. 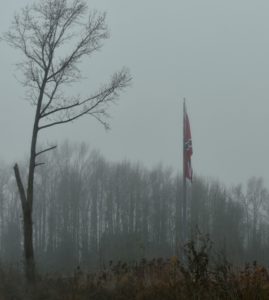 The bad news — a pick-up truck which was passing us threw up a small stone which hit our RV's windshield and caused a small chip.  The good news — it is small enough to be filled and our comprehensive insurance will cover 100% of the cost, which we'll have taken care of when we reach Sarasota. 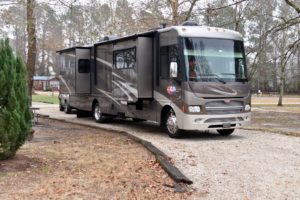 giving Debbie a bit more down time to shake her temperature and cough … and watch the New Year's Day parades.

Wishing everyone a Safe, Happy and, most important, Healthy 2019 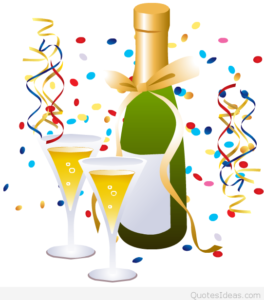