Trying to drive the 500-plus miles from Wade (Fayetteville), NC to Langhorne is just too far for us to undertake in a single day, so our destination is Ashland, just north of Richmond, VA.  Under normal circumstances we belong to the 250 or 2:30 club … driving no more than 250-300 miles a day and shooting to arrive at our evening destination no later than 2:30 to 3:00 PM.

Leaving our Wade camground, it was a short ½ mile drive to I-95.  Merging into the traffic lane, we discovered we were in the middle of an army convoy. 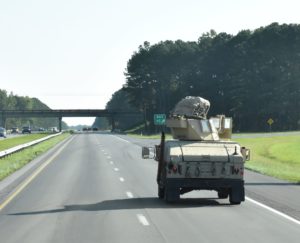 After passing an accident 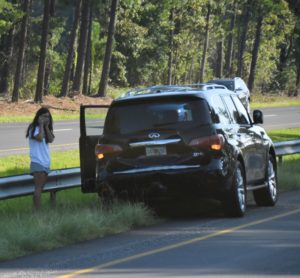 we spotted another convoy across the median headed south. 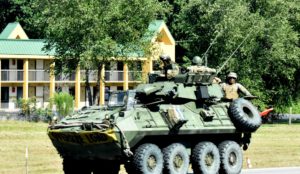 We passed several fountains which graced a Rooms to Go warehouse 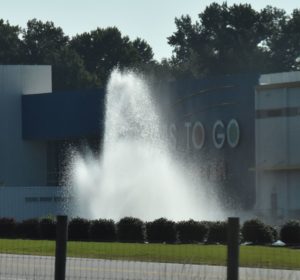 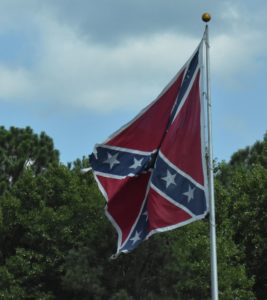 and a grouping of the U.S., State of North Carolina and French flags.

Then, there were the pair insects looking to hitch a ride on a window of our motorhome. 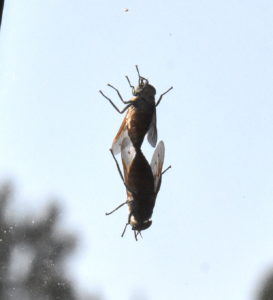 When driving, I often get lost in thoughts, some serious (frquently resulting in some of the OpEd opinions I grind out), some simply to keep my mind working (the number of Class A, Class B, Class C, Fifth Wheels, Travel Trailers, Pop-ups and Truck Campers), and still others about the scenery as it wizzes past us.

Relative to the latter, since leaving Dade City, Florida, much of our driving time over the past several days has been along Interstates bordered by trees 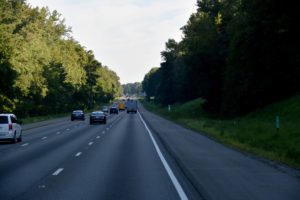 with only occasional breaks as we pass through occasional towns and a few cities.  The scenery can almost become boring, and is clearly far less interesting than even the mostly barren and uninhabitied I-10 corridor across Arizona, New Mexico and Texas … in large part becasue of the lack of trees, one can see for miles.

Then, we find we have an interesting oxymoron that … whether in the Midwest or in the so-called Bible belt … there appear to be more billboards obviously sponsored by conservative Christian groups 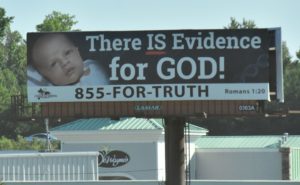 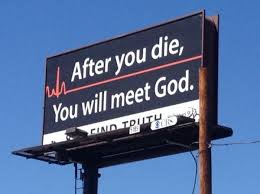 as well as those advertising a life style far removed from such teaching. 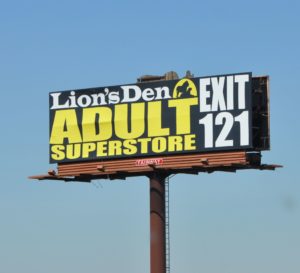 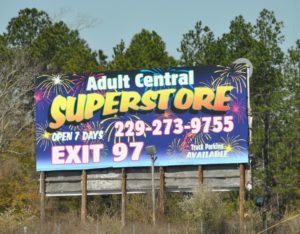 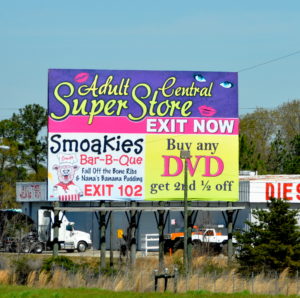 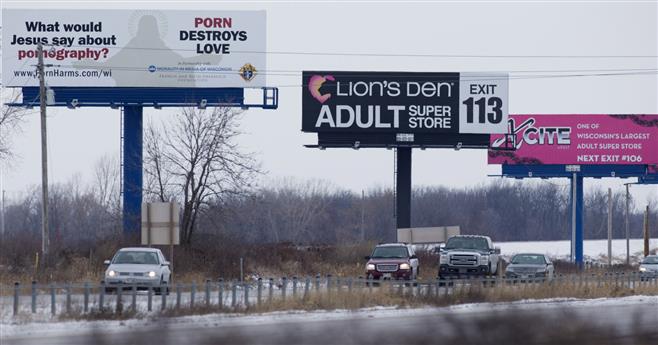 Oh well, tomorrow we get to navigate Washington DC, Baltimore, Wilmington and central Philadephia just to get home!