August 4, 5 and 6 – Sarasota and Time with Ken and Cheryl

Saturday morning's drive from Lake City to Sarasota was interrupted only by a stop for gas, spotting several of Florida's finest (in some cases with no one but a fellow police cruiser pulled oevr), 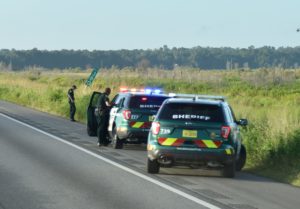 power boats with names their owners obviously think adds to their macho image, 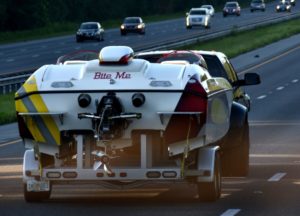 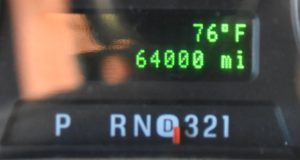 and we also celebrated our 1,300th day of RVIng!

Well before noon we arrived in 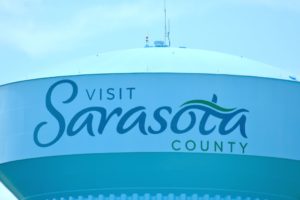 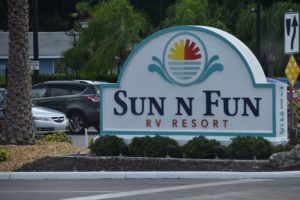 the campground where we spend our winters shortly thereafter.

After getting to our site and hooking up our ultilities 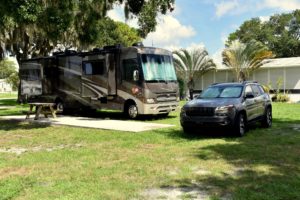 we headed to Heartland Healthcare and Rehab to finally see Ken 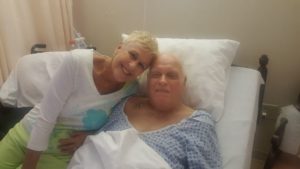 Sunday, we stopped by to again visit with Ken before driving to Naples for lunch with Debbie's close and long-time friend, Wendy. 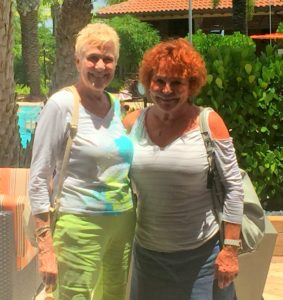 While at lunch, Ken's wife, Cheryl, texted that Ken had fallen and was in the ER at Sarasota Memorial.  By the time we were gettng back to Sarasota, Cheryl let us know that Ken had had X-rays, CAT scans, an MRI and several other tests … all of which were fortunately negative … plus five stitches on his forehead and was headed back to the rehab facility.  Surprisingly, while he looked a bit "beat up", Ken was very alert, animated and even cheery.

Back at our motorhome that evening, a rather dramatic, post-thunderstorm sunset. 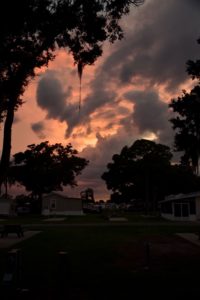 Monday morning, we were back to see Ken and then off to Publix for some badly needed groceries while he had his daily Physical Therapy … and then back to see him again this afternoon.  At this tiime we have decided we would delay any plans to head home until next Sunday at the earliest.

This evening, we cooked dinner on our grill for the first time on this trip which began more than two months ago. 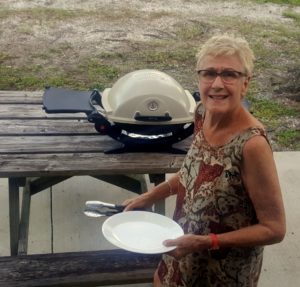 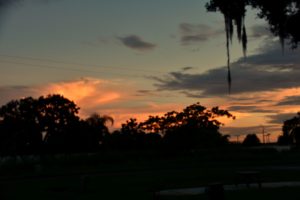