August 3 – Across the Florida Panhandle

Leaving our Pensacola campground, we noticed a painted fence which we'd not seen when arriving yesterday afternoon. 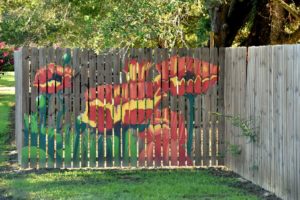 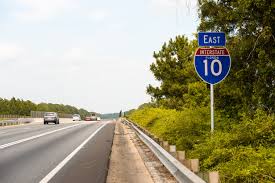 while only the nation's 11th longest public roadway at 2,460.34 miles between Santa Monica, CA and Jacksonville, FL, navigates through perhaps the most varied landscapes of any Interstate or U.S. highway.

From the maze and congestion running from the Pacific through Los Angels County to the deserts of Arizona, New Mexico and west Texas to the crowded highways around Houston to the many low bridges spanning miles and miles of Louisiana and Mississippi bayous to the tunnel and 8 mile bridge in Mobile, Alabama to what is little more than a 200-plus mile green corridor through the Florida panhandle before crossing I-95 and heading into Jacksonville.

Over the years, we've driven I-10's entire length … and had the "pleasure" redriving some 2,300 miles of it again during this trip

For the most part, our five hour drive across the Florida panhandle was most notworthy for its roadside "wall" of trees.  However, the road was in excellent shape and the traffic exxtremely light, other than for about 5 minutes just east of Tallahassee. 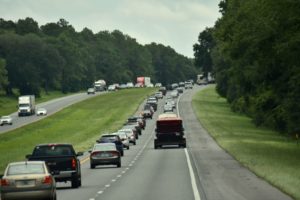 In several areas, there wre multi-acre sections which had obvisouly been cut down and replaced with evergreens over the years. 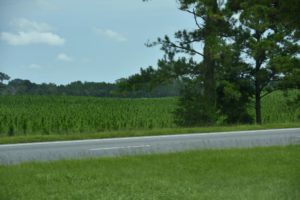 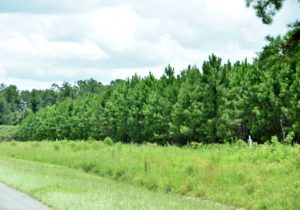 Both in the Pensacola area and along I-75 after we left I-10, there was evidence of the state's support for the U.S. Navy. 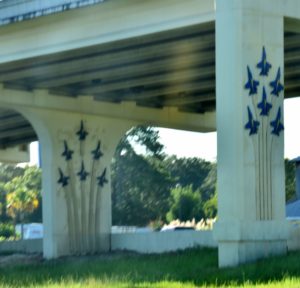 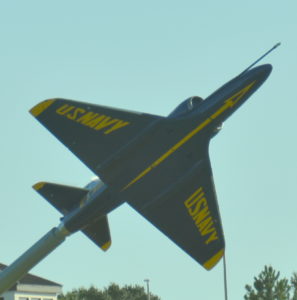 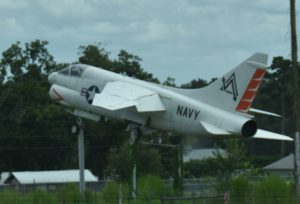 We only saw one decorated sound barrier 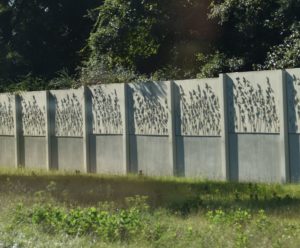 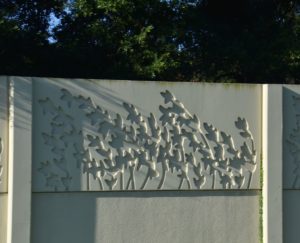 Then there was the woman with her bike … walking! 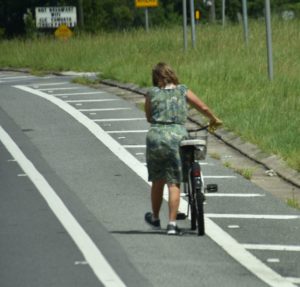 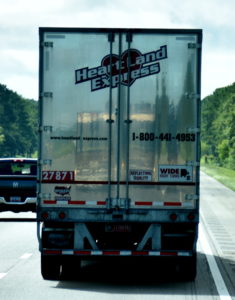 During our two-month-plus trip westward across the country and now back east, we have been very fortunate not to have encountered any serious weather (having avoided rain, wind and dust storms) other than one night in Altoona, Iowa when we were under the threat of tornadoes for a few hours.

However, late this afternoon, the sky darkened and began to be puncutated with bright bolts of lightening and then the heavens opened up. 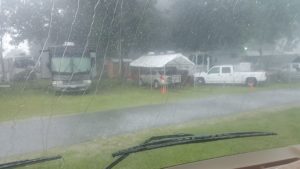 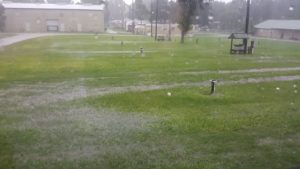 We are anxious to get to Sarasota tomorrow and spend some time with Ken and Cheryl,