Leaving the Westin, we drove along the shore through Manhattan Beach, Hermosa Beach and Redondo Beach on our way to Rancho Palos Verde 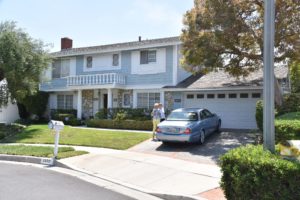 to visit with my former roommate and best friend from Tufts University, Dale, and his wife Shirley, 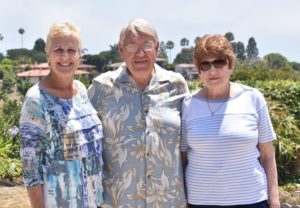 Debbie and Dale and Shirley Grinnell

whom we'd not seen in nearly forty years!

After a great lunch, Dale took us on a tour of .Rancho Palos Verde, Palos Verde Estates and the Rolling HIlls area 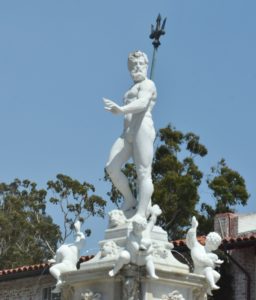 Neptune at the center of Rancho Palos Verde 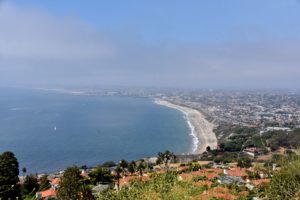 Looking north toward the Redondo, Hermosa Manhattan Beach areas … a view which can extend to Santa Monica in clear weather 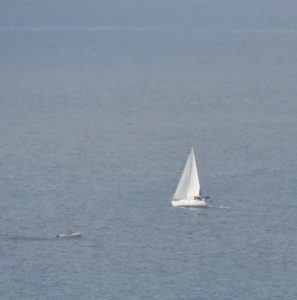 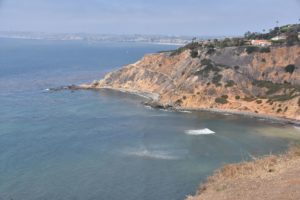 Many of the homes in Palos Verde Estates were amazing … Large (ranging up to 30,000 square feet) and pricey (beginning in the low to mid seven digits) 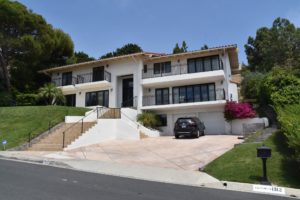 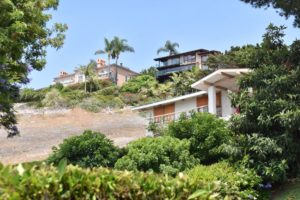 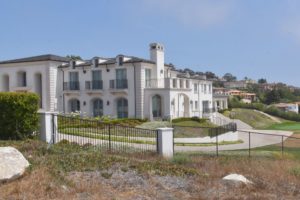 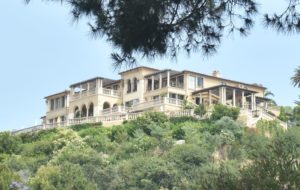 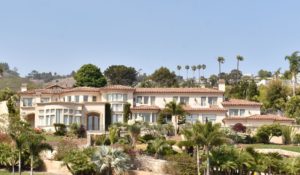 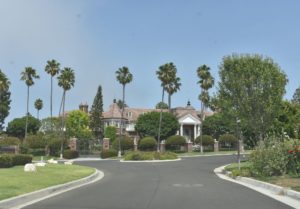 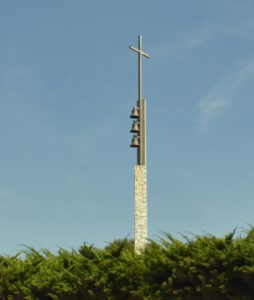 We passed the reknown Wayfarer Chruch with its glass windows.  Both of the following pitcurtes are from the Interent. 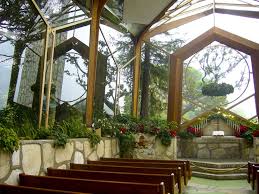 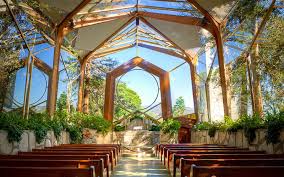 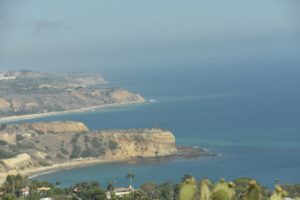 In the rainy early morning hours of November 20, 2011, Palos Verdes residents received a menacing reminder that they live on a bed of geologic activity far beyond their control.  A 600-foot section of Paseo Del Mar in San Pedro below the White Point Nature Preserve suddenly dropped down the cliffside. It was the most damaging landslide on the Peninsula since the 17th and 18th holes fell to the beach in 1999 from what’s now Trump National Golf Club.

Today, that section of earth continues to slide toward the ocean … and road signs alert drivers of the hazard. 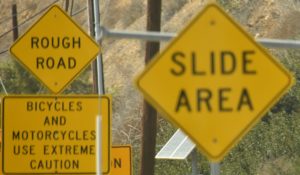 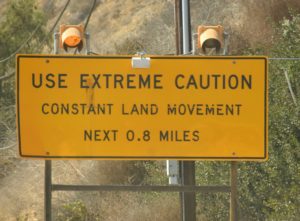 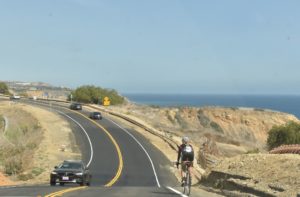 This is a story in essence that began 15 million years ago as the Earth entered a period of great volcanic activity. Over the next six million years, massive eruptions occurred over much of the earth’s surface. Where ash fell into the ocean it settled to the sea floor and formed layers.

Under pressure and other sediment those layers turned into clay called bentonite. And as the ocean receded and the continent shifted, the seafloor became the land where the bentonite clays now exist between layers of sedimentary rock that make up the California coast.

In areas such as Palos Verdes where the layers are dipping toward the ocean, these bentonite clays are like the icing of a wedding cake getting chipped away from beneath.

In the case of the White Point landslide, unusual amounts of groundwater saturated the bentonite layers, which together with coastal erosion and gravity caused the slide. It’s the bentonite clay that acts as the “slip plane” for almost every major landslide that occurs on the Peninsula, said Bob Douglas, professor emeritus of geology at USC.

“Along the cliff you often see this whole gradation, which is mostly clay with some volcanic ash,” Douglas said. “The PV peninsula is just a large chunk of the earth’s crust that’s been moved around. It was probably located much further south than it is now.” 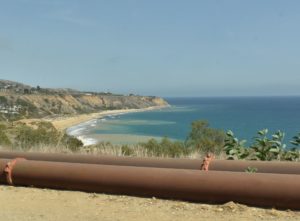 Normally buried pipes lie beside the highway to prevent breaking

Our final stop was at the Point Ferman Lighthouse. 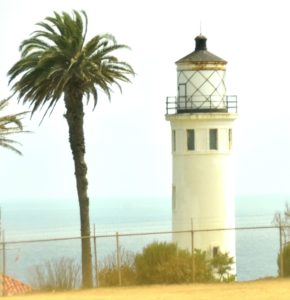 Point Vicente Lighthouse was built in 1926 on the Palos Verdes PEninsula. The light source was dimmed during World War II to avoid aiding the enemy. It was automated in 1971 by the U.S. Coast Guard. The original third order Fresnel lens still revolves in the lantern room. In 2015, the Coast Guard announced its intention to install an LED light with a 14 nm range, replacing the current light and lens.

While the tour of the aera was interesting, the day was specail and will be remembered for the chance to visit with Dale and Shirley.