The trip from Ketchikan to Victoria, British Columbia took most of the day.  Morevoer, until the afternoon, we were sailing through as thick as fog as I've ever experienced at sea with visibility down to as little as 100 yards at times.  Due to the extremely low visibility, under International Rules of the Road,  the ship ws required to sound a long blast on its horn at least once every two minutes … which it did for several hours.

We arrived in Victoria as scheduled at 6:00 PM. 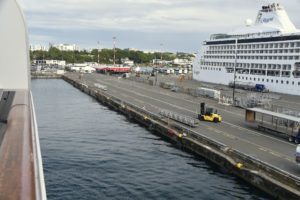 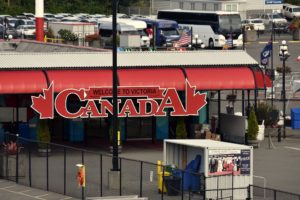 However, as in reality, there was little to do at that hour (I've been to VIctoria before) other than have dinner (which we'd have to pay for when we'd alredy paid for our meal on the ship) we opted to remain aboard.  And, with two other large cruise ships docked in Victoria, we  were also not anxious to wait in lines or to compete with the crowds for various means of ground transportation 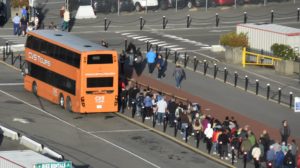 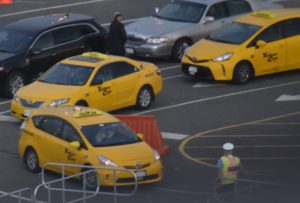 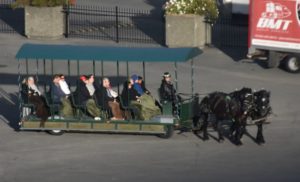 Even to enjoy such luxury as 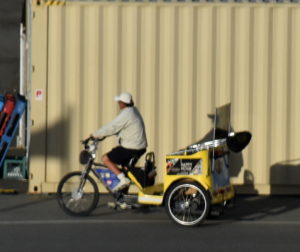 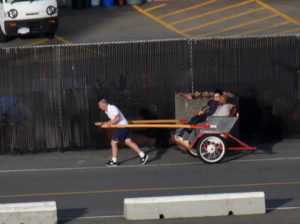 Instead we grabbed our new binnoculars and made our way to the "Crow's Nest" on the 11th deck with its large windows, where we enjoyed a glass of wine as we gazed out toward the city and over the harbor. 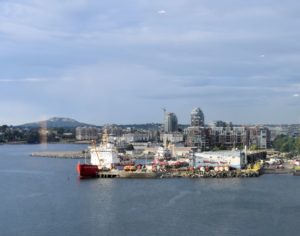 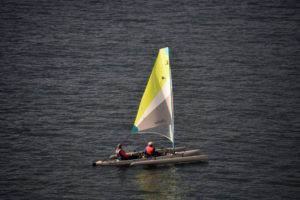 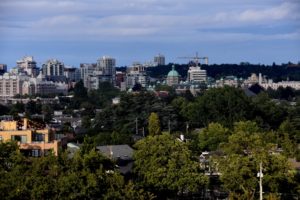 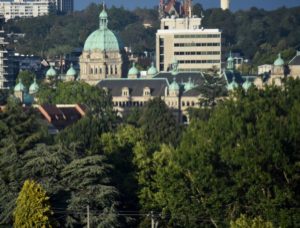 After dinner and back ar our cabin we found the evening's folded towl … a creation of our cabin steward. 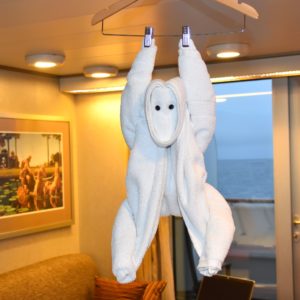 This one was clearly ouf favorite of the week

Around midnight, the ship departed for its overnight cruise to Seattle.